Scientists successfully grow plants in soil from the moon 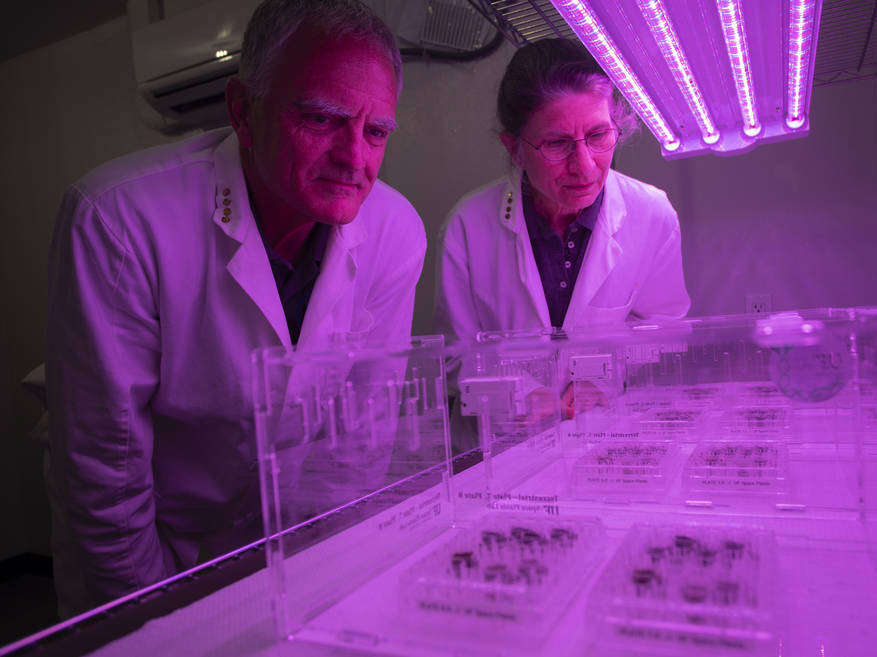 In a NASA-funded study, scientists at the University of Florida grew plants in soil collected from the moon, according to a study published Thursday in the journal Communications Biology.

The study is paramount to NASA’s long-term goals in human space exploration, NASA administrator Bill Nelson said in a press release. The research could also have implications for plants growing in harsh conditions on Earth, he added.

“We’ll need to use resources found on the Moon and Mars to develop food sources for future astronauts living and operating in deep space,” Nelson said.

In the study, researchers planted the seeds of Arabidopsis thaliana — a plant related to mustard greens, as well as other cruciferous vegetables, including broccoli and cauliflower — in lunar soil, which was sampled directly from the moon from missions Apollo 11, 12 and 17.

Anna-Lisa Paul, a research professor in the horticultural sciences department at the University of Florida and the study’s first author, described the samples from the moon as “fine” and “powdery.” It also “sticks to everything,” Paul added.

The seeds started to sprout within days of planting.

“We planted them, walked away for a couple of days and then when we first went back in to take a look, it was amazing to see that every plant group, all the seedlings germinated,” said Paul, who is also the director for the University of Florida’s Interdisciplinary Center for Biotechnology Research.

Although all of the seeds sprouted, the ones that grew in lunar soil did not grow as “robust” as those in the control, according to the release. Some of the plants grown in the lunar soil samples had “stunted” roots and leaves, as well as some “reddish pigmentation,” the release said.

After the plants had grown for 20 days, researchers harvested the plants and prepared to study the plant RNA. The expressed gene patterns matched the way in which researchers had seen Arabidopsis react to stress before in other harsh environments, such as when soil carries excess salt or heavy metals, according to the release.

“Now that we have lunar soil that have been in contact with biology, we can begin to ask the question: how would you and how hard would it be to mitigate any of the adverse reactions that we saw?” said Robert Ferl, assistant vice president for research at the University of Florida and an author on the study.