Scientists Say They Could Bring Back Woolly Mammoths. But Maybe They Shouldn’t 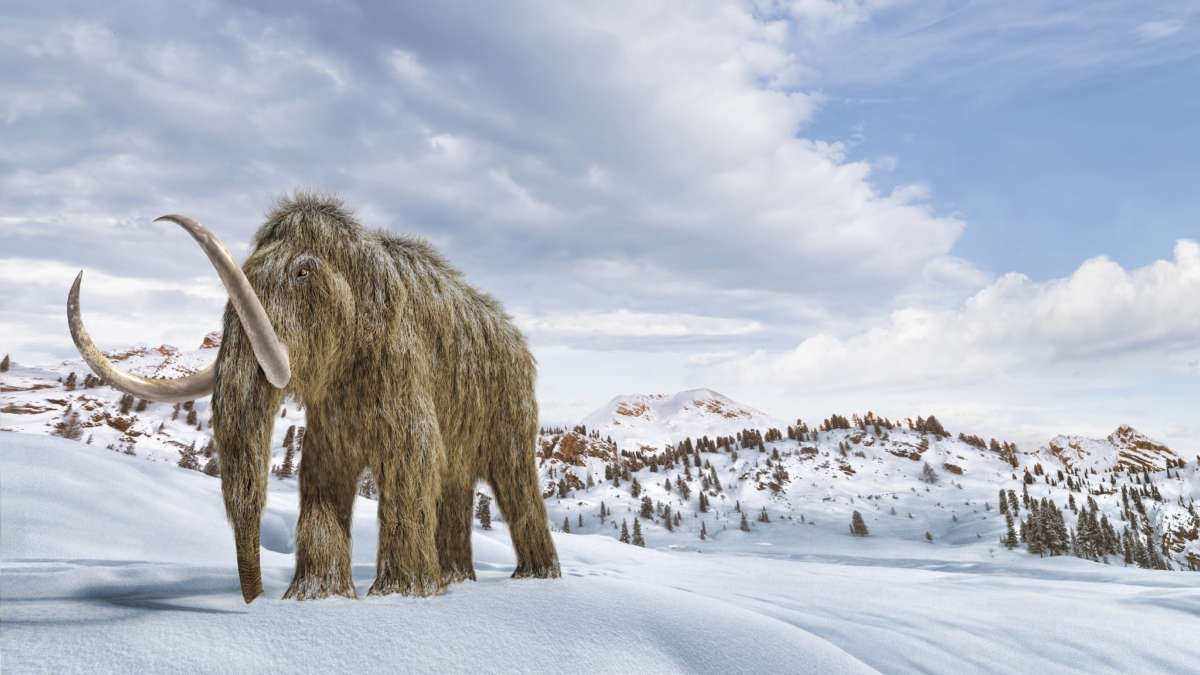 An artist's impression of a woolly mammoth in a snow-covered environment.
Image credit: Leonello Calvetti/Stocktrek Images

Using recovered DNA to “genetically resurrect” an extinct species — the central idea behind the Jurassic Park films — may be moving closer to reality with the creation this week of a new company that aims to bring back woolly mammoths thousands of years after the last of the giants disappeared from the Arctic tundra.

Flush with a $15 million infusion of funding, Harvard University genetics professor George Church, known for his pioneering work in genome sequencing and gene splicing, hopes the company, in the bold words of its news release, can usher in an era when mammoths “walk the Arctic tundra again.” He and other researchers also hope that a revived species can play a role in combating climate change.

To be sure, what Church’s company, Colossal, is proposing would actually be a hybrid created using a gene-editing tool known as CRISPR-Cas9 to splice bits of DNA recovered from frozen mammoth specimens into that of an Asian elephant, the mammoth’s closest living relative. The resulting animal — known as a “mammophant” — would look, and presumably behave, much like a woolly mammoth.

Church and others believe that resurrecting the mammoth would plug a hole in the ecosystem left by their decline about 10,000 years ago (although some isolated populations are thought to have remained in Siberia until about 1,700 B.C.). The largest mammoths stood more than 10 feet at the shoulder and are believed to have weighed as much as 15 tons.

Mammoths once scraped away layers of snow so that cold air could reach the soil and maintain the permafrost. After they disappeared, the accumulated snow, with its insulating properties, meant the permafrost began to warm, releasing greenhouse gases, Church and others contend. They argue that returning mammoths — or at least hybrids that would fill the same ecological niche — to the Arctic could reverse that trend.

Love Dalén, a professor in evolutionary genetics at the Stockholm-based Centre for Palaeogenetics, is skeptical of that claim.

“I personally do not think that this will have any impact, any measurable impact, on the rate of climate change in the future, even if it were to succeed,” he tells NPR. “There is virtually no evidence in support of the hypothesis that trampling of a very large number of mammoths would have any impact on climate change, and it could equally well, in my view, have a negative effect on temperatures.”

The techniques might be better used to help endangered species

But even if the researchers at Colossal can bring back mammoths — and that is not certain — the obvious question is, should they?

“I can see some reasons to do the first steps where you are tinkering with cell lines and editing the genomes,” Dalén says. “I think there is a lot of technological development that can be done [and] we can learn a lot about how to edit genomes, and that could be really useful for endangered species today.”

Joseph Frederickson, a vertebrate paleontologist and director of the Weis Earth Science Museum in Menasha, Wis., was inspired as a child by the original Jurassic Park movie. But even he thinks that the more important goal should be preventing extinction rather than reversing it.

“If you can create a mammoth or at least an elephant that looks like a good copy of a mammoth that could survive in Siberia, you could do quite a bit for the white rhino or the giant panda,” he tells NPR.

Especially for animals that have “dwindling genetic diversity,” Frederickson says, adding older genes from the fossil record or entirely new genes could increase the health of those populations.

Speaking with NPR in 2015, Beth Shapiro, a paleogeneticist at the University of California, Santa Cruz and author of How to Clone a Mammoth: The Science of De-Extinction, said emphatically, “I don’t want to see mammoths come back.”

“It’s never going to be possible to create a species that is 100% identical,” she said. “But what if we could use this technology not to bring back mammoths but to save elephants?”

Colossal’s expressed aim of allowing woolly mammoths to “walk the Arctic tundra again” by the thousands also brings up another ethical concern: Although the extinction of the mammoth thousands of years ago left a gap in the ecosystem, that ecosystem has presumably now adapted, at least imperfectly, to their absence.

“There is a new normal that has existed for thousands of years that has adapted to the continually changing climate,” Frederickson says. “Bringing back something that has all the characteristics that would have thrived in the Pleistocene doesn’t necessarily mean it’s going to survive today, especially when you’re mixing in the unknowns of other genes that are acting in a warm-weather tropical animal and then trying to move it to a new environment.”

“There were plants and animals that were living alongside the mammoth that are now long gone or have drastically shrunk in the range, and just bringing back the mammoth won’t bring those back,” he says.

In a different sense, there’s the question of how mammoths might fit in.

“The proposed ‘de-extinction’ of mammoths raises a massive ethical issue. The mammoth was not simply a set of genes — it was a social animal, as is the modern Asian elephant,” Matthew Cobb, a professor of zoology at the University of Manchester, told The Guardian, in 2017. “What will happen when the elephant-mammoth hybrid is born? How will it be greeted by elephants?”

All of this, of course, assumes that producing a mammophant is even possible. Colossal says it hopes to produce an embryo in six years. But with an estimated 1.4 million individual genetic mutations separating the ancient creatures from Asian elephants, the task of gene splicing could prove a mammoth undertaking.

Perhaps an even bigger hurdle will be developing an artificial uterus for gestating the embryos. Even Church acknowledges that this might not be so easy.

“Is this going to happen anytime soon? The answer is absolutely not,” says Frederickson.

Dalén agrees that the six-year timeline is “exceptionally short.” “It seems pretty ambitious,” he says.

But Church and his colleagues aren’t alone in their ambition. The idea of mammoth de-extinction has been around for some time, and other groups, such as the California-based nonprofit Revive & Restore, which last year managed the first-ever clone of an endangered species, the black-footed ferret, have also been working on a mammoth-elephant hybrid.

The traditional scientific view is that our ancestors hunted the mammoth to extinction, while more recent theories point to habitat destruction at the end of the last ice age as the biggest factor, but with humans still copping part of the blame.

Frederickson thinks that’s one of the reasons that the question of de-extinction — fueled by pop culture and real-world advances in science — is raised so frequently by the patrons at the museum he heads. “I think, as humans, we have a little bit of guilt in us, still knowing that we almost certainly contributed to that extinction event.”

“This may be a way of getting that burden off of our backs,” he says.