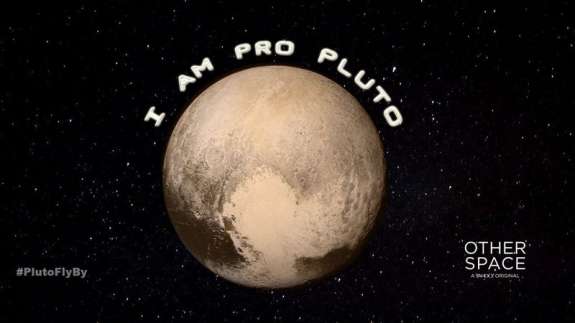 Planetary scientists want Pluto classified as a planet again, and a petition to reconsider planet hood is gaining momentum.

In 2006, the International Astronomical Union created a system to classify what celestial bodies count as planets – and Pluto got the ax.

Pluto violates one rule of planet hood, according to the IAU, called clearing the neighborhood. As a planet moves through its orbit its gravity must either sling or swallow objects in its path.

Metzger wants the IAU to look at fresh data from the New Horizons deep-space probe.

“In light of the new data, it doesn’t make sense to use dynamical classifications. We’ve found bodies that have not cleared out their orbit and yet clearly are planets,” says Metzger.

A change.org petition urges the IAU to reclassify Pluto as a planet next month and it’s is nearing 5,000 signatures.

The IAU could take up the issue at next month’s meeting in Hawaii.