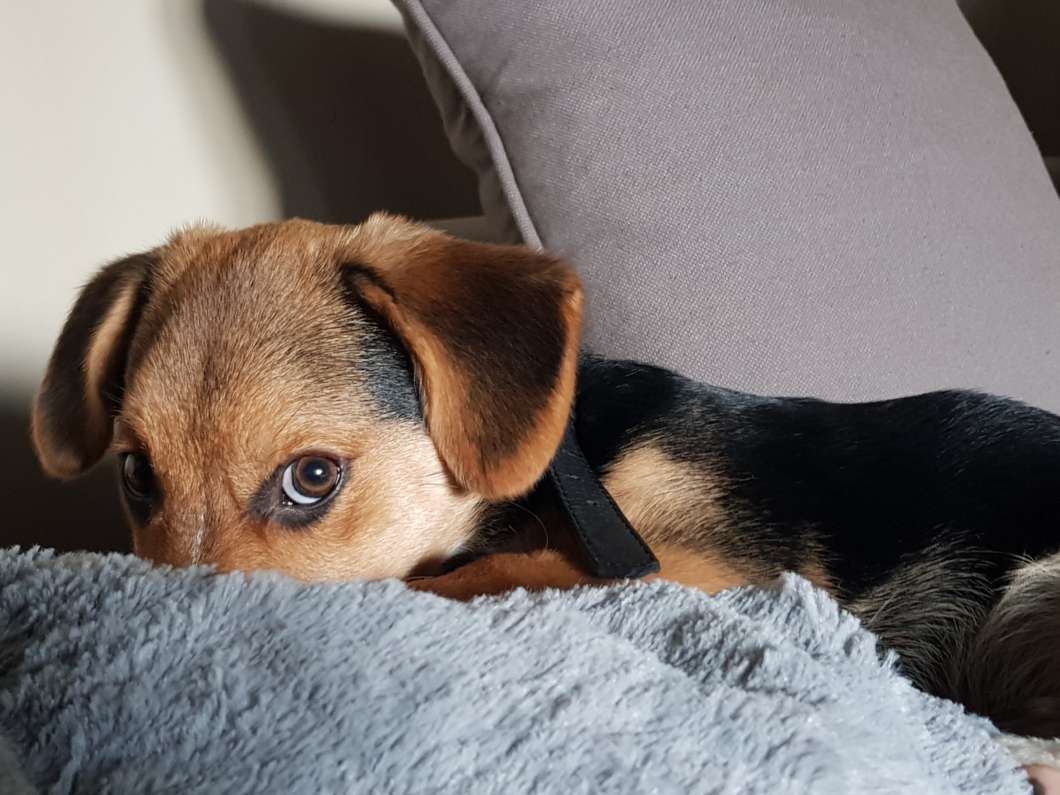 You know that feeling you get when a dog looks into your face and either looks really sad or kind of confused? Scientists say they’ve figured out why they do that, and why it makes us melt.

All right. You know that mushy feeling you get when a dog looks at you with a sad or confused face? Why does that happen? Why do they do that? NPR’s Vanessa Romo reports a group of scientists say they have figured it out.

VANESSA ROMO, BYLINE: We all know the look, and it turns out there actually is something to what we call puppy eyes – the big round eyes, the eyebrows raised up in what looks like a why-is-everybody-always-picking-on-me kind of stare, and inside we get that feeling and become total pushovers. Well, according to Anne Burrows, the lead anatomist on a study about the phenomenon that was just published in the journal, Proceedings of the National Academies of Sciences, the sad expression on our canine besties is the result of tens of thousands of years of evolution and something called a levator muscle.

ANNE BURROWS: It seems like the ancestors of domestic dogs were quickly domesticated by humans, and as part of that process, humans were selecting for this eye movement, which is produced by this levator muscle.

ROMO: Essentially, those tender looks are mirrors of our own facial expressions, specifically to help dogs better communicate with humans and get what they want – things like food and a warm place to live. It’s also almost entirely absent from wolves, the ancestors of dogs. Burrows says she and her colleagues don’t have concrete proof just yet. But earlier studies they’ve done suggest that this relatively small inner eyebrow movement in pooches that makes their eyes look larger and more baby-like evokes a protective instinct in people.

BURROWS: Just anecdotally, when my dog does that, I think, oh, my gosh, she’s worried, she’s sad, she needs me for something. And so we pay attention to them. So it seems to trigger some kind of caregiving response in most humans.

ROMO: And that desire to peer into one another’s eyes is apparently mutually beneficial. Researchers have found that dogs, like humans, experience a surge in oxytocin levels – what’s called the love hormone. As for what’s next, Burrows says, while future studies may seem like they’re dog-focused, they’re really about understanding ourselves.

BURROWS: Because we’re this weird species that decided to bring other species to live with our – in our house. So there’s something to be learned in all of these factors of dogs’ faces to inform us about why we evolved like this.

NPR transcripts are created on a rush deadline by Verb8tm, Inc., an NPR contractor, and produced using a proprietary transcription process developed with NPR.