School bullies told him to speak English. His mentee showed him he already belonged 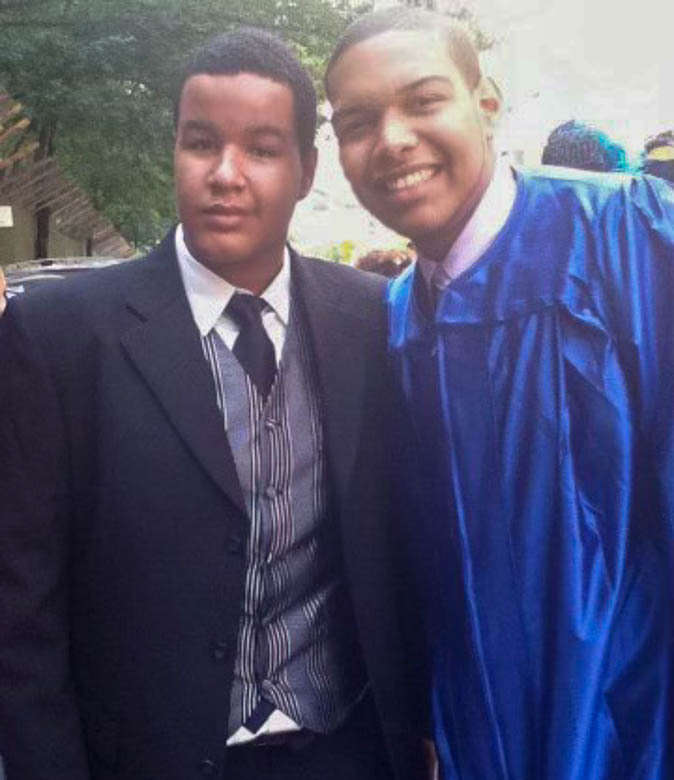 When Luis Paulino started eighth grade at a new school in a new country, he was made to feel like he didn’t fit in.

Paulino, who arrived in New York from the Dominican Republic in 2006, remembered being bullied for his differences.

Unlike his new classmates, Paulino didn’t speak English and he wore baggy, drab clothes. As a Spanish speaker placed in strictly English-speaking classes, he struggled in school.

“Most of the bullying happened at lunch. They would always tell me to speak English,” Paulino, now 28, told his friend Angel Gonzalez, 26, during their StoryCorps conversation last month. “I was scared to speak up for myself because I believed that they’re right. I didn’t belong.”

But some of the workers at his school cafeteria made him feel otherwise. They welcomed the 13-year-old by bringing him milk and pizza, his favorite lunch options.

One woman in particular, a fellow Dominican named Lillian who spoke his language, made an impression on Paulino.

She gave him “a small red dictionary that translated words from Spanish to English,” he recalled. “And I would carry that dictionary.”

By 2010, Paulino was no longer the new kid in school. He was a tutor in algebra class, where he first met Gonzalez, another Spanish speaker who had just moved from the Dominican Republic.

Paulino, a high school senior at the time, saw himself in Gonzalez, a sophomore.

“You had just arrived from my country and the way you spoke, the way you looked, reminded me of when I first arrived to the United States,” he told Gonzalez.

At the time, Gonzalez had been frustrated while learning math in English. But Paulino was there to explain the subject when Gonzalez got stuck.

“You were the person to me that you wanted to have when you were in my position,” Gonzalez told him. “By the time that I met you, you were already someone to look up to, you know?”

He convinced Paulino to audition for a school musical, Aida, with him.

At first, Paulino was nervous. “I was scared to let everything out of me and show the world, you know, who I am,” Paulino told his friend.

But with Gonzalez’s support, he went for it.

“I was avoiding the high note because I just didn’t want to be heard,” he said. “Then, I kept looking at you. And I was like, ‘You know what? I don’t have nothing to lose, you’re next to me.’ And when I finally hit the note, that was truly a turning point in my life.”

Singing in the musical alongside his friend helped Gonzalez find his voice, too.

“It was a very good way for me to learn the language,” he said. “I sang the chorus. Did I know what it meant? Absolutely not. I just memorized the lyrics and how it sounded, and I just kept singing it again and again.”

They both landed big parts: Paulino played Zoser, the antagonist of Aida; Gonzalez was one of the soldiers.

Gonzalez is now a paralegal, and Paulino works to support immigrants with legal services at the same organization that helped his family when they first arrived in the U.S.