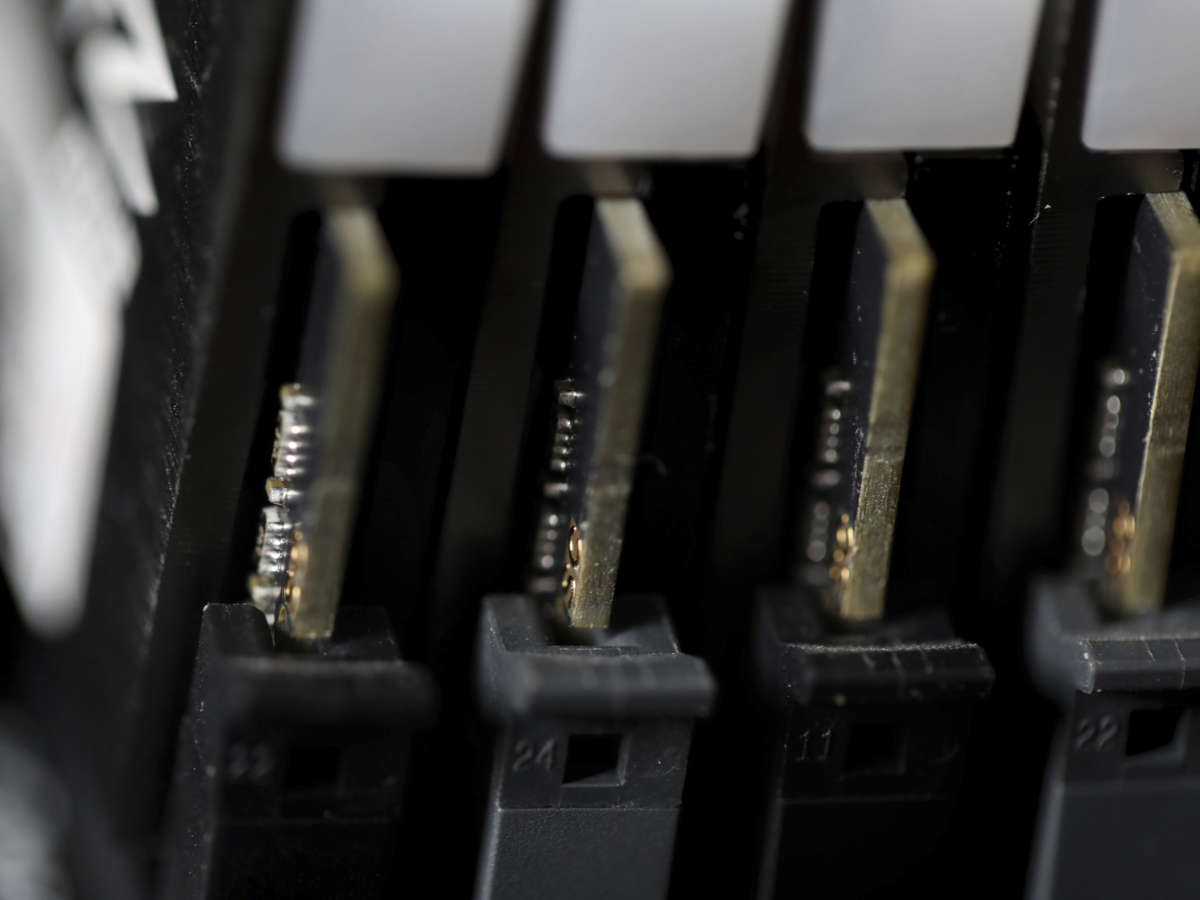 This file photo shows the inside of a computer in Jersey City, N.J. Cybersecurity teams worked feverishly Sunday, July 4, to stem the impact of the single biggest global ransomware attack on record, with some details emerging about how the Russia-linked gang responsible breached the company whose software was the conduit.
Image credit: Jenny Kane

BOSTON — Cybersecurity teams worked feverishly Sunday to stem the impact of the single biggest global ransomware attack on record, with some details emerging about how the Russia-linked gang responsible breached the company whose software was the conduit.

An affiliate of the notorious REvil gang, best known for extorting $11 million from the meat-processor JBS after a Memorial Day attack, infected thousands of victims in at least 17 countries on Friday, largely through firms that remotely manage IT infrastructure for multiple customers, cybersecurity researchers said.

REvil was demanding ransoms of up to $5 million, the researchers said. But late Sunday it offered in a posting on its dark web site a universal decryptor software key that would unscramble all affected machines in exchange for $70 million in cryptocurrency.

Earlier, the FBI said in a statement that while it was investigating the attack its scale “may make it so that we are unable to respond to each victim individually.” Deputy National Security Advisor Anne Neuberger later issued a statement saying President Joe Biden had “directed the full resources of the government to investigate this incident” and urged all who believed they were compromised to alert the FBI.

Biden suggested Saturday the U.S. would respond if it was determined that the Kremlin is at all involved.

Less than a month ago, Biden pressed Russian President Vladimir Putin to stop giving safe haven to REvil and other ransomware gangs whose unrelenting extortionary attacks the U.S. deems a national security threat.

A broad array of businesses and public agencies were hit by the latest attack, apparently on all continents, including in financial services, travel and leisure and the public sector — though few large companies, the cybersecurity firm Sophos reported. Ransomware criminals infiltrate networks and sow malware that cripples them by scrambling all their data. Victims get a decoder key when they pay up.

The Swedish grocery chain Coop said most of its 800 stores would be closed for a second day Sunday because their cash register software supplier was crippled. A Swedish pharmacy chain, gas station chain, the state railway and public broadcaster SVT were also hit.

Voccola said in an interview that only between 50-60 of the company’s 37,000 customers were compromised. But 70% were managed service providers who use the company’s hacked VSA software to manage multiple customers. It automates the installation of software and security updates and manages backups and other vital tasks.

Experts say it was no coincidence that REvil launched the attack at the start of the Fourth of July holiday weekend, knowing U.S. offices would be lightly staffed. Many victims may not learn of it until they are back at work on Monday. Most end users of managed service providers “have no idea” whose software keep their networks humming, said Voccola,

Kaseya said it sent a detection tool to nearly 900 customers on Saturday night.

The REvil offer to offer blanket decryption for all victims of the Kaseya attack in exchange for $70 million suggested its inability to cope with the sheer quantity of infected networks, said Allan Liska, an analyst with the cybersecurity firm Recorded Future. Although analysts reported seeing demands of $5 million and $500,000 for bigger targets, it was apparently demanding $45,000 for most.

“This attack is a lot bigger than they expected and it is getting a lot of attention. It is in REvil’s interest to end it quickly,” said Liska. “This is a nightmare to manage.”

Analyst Brett Callow of Emsisoft said he suspects REvil is hoping insurers might crunch the numbers and determine the $70 million will be cheaper for them than extended downtime.

Sophisticated ransomware gangs on REvil’s level usually examine a victim’s financial records — and insurance policies if they can find them — from files they steal before activating the ransomware. The criminals then threaten to dump the stolen data online unless paid. In this attack, that appears not to have happened.

Dutch researchers said they alerted Miami-based Kaseya to the breach and said the criminals used a “zero day,” the industry term for a previous unknown security hole in software. Voccola would not confirm that or offer details of the breach — except to say that it was not phishing.

“The level of sophistication here was extraordinary,” he said.

When the cybersecurity firm Mandiant finishes its investigation, Voccola said he is confident it will show that the criminals didn’t just violate Kaseya code in breaking into his network but also exploited vulnerabilities in third-party software.

It was not the first ransomware attack to leverage managed services providers. In 2019, criminals hobbled the networks of 22 Texas municipalities through one. That same year, 400 U.S. dental practices were crippled in a separate attack.

One of the Dutch vulnerability researchers, Victor Gevers, said his team is worried about products like Kaseya’s VSA because of the total control of vast computing resources they can offer. “More and more of the products that are used to keep networks safe and secure are showing structural weaknesses,” he wrote in a blog Sunday.

Kaseya says the attack only affected “on-premise” customers, organizations running their own data centers, as opposed to its cloud-based services that run software for customers. It also shut down those servers as a precaution, however.

Kaseya, which called on customers Friday to shut down their VSA servers immediately, said Sunday it hoped to have a patch in the next few days.

Active since April 2019, REvil provides ransomware-as-a-service, meaning it develops the network-paralyzing software and leases it to so-called affiliates who infect targets and earn the lion’s share of ransoms. U.S. officials say the most potent ransomware gangs are based in Russia and allied states and operate with Kremlin tolerance and sometimes collude with Russian security services.

Cybersecurity expert Dmitri Alperovitch of the Silverado Policy Accelerator think tank said that while he does not believe the Kaseya attack is Kremlin-directed, it shows that Putin “has not yet moved” on shutting down cybercriminals.