Save The …. McDonald’s? One Franchise In France Has Become A Social Justice Cause 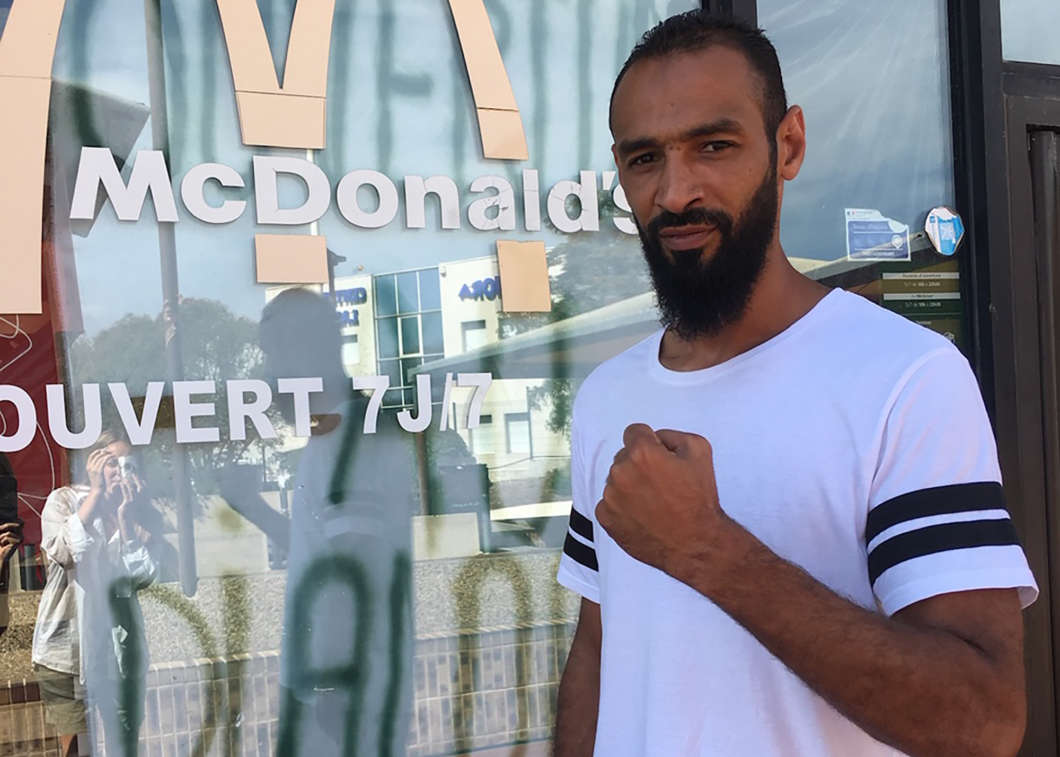 Kamel Guemari is a manager of a McDonald's in a neighborhood in Marseille, France, that's known for crime and drug gangs. He has been leading an employee charge to save the restaurant, which has become a vital community anchor in an under-resourced immigrant neighborhood.
Image credit: Eleanor Beardsley

In France, McDonald’s is often a symbol of everything that’s despised about American capitalism and fast-food culture. One Paris neighborhood battled for years to keep the golden arches from settling in between its traditional butchers and bakers (it eventually lost). And the actions of an anti-globalization farmer named José Bové, who tried to dismantle a McDonald’s 20 years ago, are legendary.

But for the last year, a group of McDonald’s employees in the southern French city of Marseille has been fighting to save its McDonald’s restaurant.

The French fighting for Ronald? I had to go find out why.

The McDonald’s in question is a 20-minute cab ride from the Mediterranean city’s historic port, in a neighborhood in the city’s north that’s known for crime and drug gangs. These golden arches sit in the middle of public high-rises, built to house workers and their families who came to France from places like Algeria and Morocco during the economic boom years of the 1970s. But the jobs have long dried up.

At first glance, this “Macdo,” as the American fast-food giant is known in France, looked like any other. But as I got closer, I saw that its windows were covered with black plastic trash bags taped up on the inside. On the outside were signs bearing slogans like “We want to work!” and “Dialogue now!”

I was greeted by Kamel Guemari, a manager at the restaurant and the 37-year-old leader of the resistance. “We’ve been expecting you!” he said warmly.

Guemari has a neat dark beard and kind brown eyes. He has been working here for 20 years, rising up through the ranks after getting his first job at 16.

Guemari takes me for a ride to show me the neighborhood where he grew up. We drive through clusters of impersonal high-rises. Laundry hangs from windows. Doors and windows are broken. The grounds around the buildings are littered with old couches and overspilling dumpsters. Drug dealers sit in chairs at some of the buildings’ entrances.

Guemari says that as a teenager, he was hit hard by his parents’ divorce. He dropped out of school. He lived partly on the street and dabbled in drug dealing. He points to a kid wearing a ski mask outside his old apartment building — a lookout for the dealers. Guemari says he could have gone that route had he not met someone else in these projects 20 years ago.

The person who changed his life? “Ronald McDonald,” he tells me.

“At that time, Ronald toured the neighborhoods bringing magic to the kids to help them forget their worries,” he says. “They brought games and Happy Meals. It was marvelous.”

On that day in 1998, the McDonald’s crew couldn’t carry everything when it departed and had to leave some supplies, like the big orange drink cooler, behind. Guemari told the crew not to worry — he would take care of it.

“They trusted me,” he says. So when he brought back the stuff the next day, he asked for a job.

Over the next two decades, Guemari built a career and helped pull other young people off the streets, giving them the same chance he’d been given. He says this McDonald’s is now a vital part of the neighborhood.

“It’s kind of like ‘le Bronx’ here,” he says, comparing his community to the mythical New York city borough. “We are hit by high unemployment and insecurity, and the only pathway the kids have to succeed sometimes is through drugs or delinquency. This McDonald’s plays a societal role by giving these kids a job and a second chance.”

Guemari says this McDonald’s is also like the central cafe in any French town. “It’s a safe place where everyone can come and relax,” he says. “Even the criminals respect this McDonald’s.”

The trouble started last year, when the franchiser announced he was going to sell his bouquet of six McDonald’s, which included Guemari’s. Five were being sold to another McDonald’s franchiser. But Guemari’s store was to be sold to a restaurateur who wanted to turn it into a halal restaurant.

That might have seemed like a smart idea, given the majority-Muslim population of this neighborhood. But for these Muslim McDonald’s employees, that was adding insult to injury. McDonald’s meant something. It had connected them to the rest of France. As Guemari put it, “Someone was trying to turn our neighborhood into a Muslim ghetto.”

That’s what led Guemari to make a drastic move.

He locked himself inside the restaurant, doused himself with gasoline and prepared to light a match. As his colleagues screamed and pounded on the doors outside, Guemari livestreamed a torrent of desperation on Facebook.

He didn’t light the match in the end. But the act made him a media star. “McMarter,” said one local newspaper. Guemari’s move also upped the stakes in the battle. The employees hired a lawyer and sued to stop the halal sale.

Mohamed Abassi, the franchiser buying the other five McDonald’s, didn’t want Guemari’s McDonald’s. And not just because it was losing money. He said he didn’t want the trouble. A well-known Marseille restaurateur, Abassi said Guemari had turned his workers into soldiers.

“I have respect for Kamel Guemari,” he said. “But I don’t want to work with him. He tries one way; I try another, OK?”

Guemari was a student of power and had become an effective labor organizer over the years. He helped his employees boost their meager salaries and get better benefits.

His actions made him a poster boy for the political left, not just in Marseille but nationwide. In 2018, Guemari was invited to speak at La Fête de l’Humanité, an annual gathering that can best be described as a socialist state fair.

When I first visited Guemari’s McDonald’s, the employees were inside the store, nervously awaiting the court’s verdict on the sale. Supporters filed in and out all day, including some local politicians. The atmosphere was tense. Then the call came through from the court. The sale was blocked; they had won. The McDonald’s erupted in joy. People were laughing and crying. Guemari gave a speech.

“Today, justice has shown that the little employees, even in this neighborhood, are normal people, just like everyone else in this country!” he exclaimed.

It would be one of the few clear victories for the workers in a struggle that has now gone on for more than a year. But the battle was far from over. This McDonald’s wasn’t going to become a halal restaurant, but it still needed a franchiser to survive.

Abassi had observed the employees’ victory from afar. Not long after, he made an offer to put an end to the trouble. Abassi said he would buy Guemari’s McDonald’s and keep it a McDonald’s on one condition: that Guemari leave.

Ironically, the two men, despite their different visions of McDonald’s, actually have much in common. Both are sons of North African immigrants. Both grew up in the high-rises of major French cities, feeling like outsiders.

Abassi, like Guemari, found acceptance in the American fast-food chain: “The first day when I came into the McDonald’s, I found a new kind of spirit. The Americans never asked me, ‘Oh, where do you come from?’ ”

Abassi says with a hearty laugh that all the Americans wanted to know was how much money he could make.

He remembers drinking beer with the president of McDonald’s France, an American at the time.

“He spoke with me normally!” says Abassi. “How are you? Are you fine? You know, in France, when someone is the big boss, they never speak with you normally like this. They try to create a big distance.”

McDonald’s slogan in France is Venez comme vous êtes — “Come as you are.” Both Abassi and Guemari heard that call, though their interpretations of it would differ. For Guemari, it meant McDonald’s will give hard-luck kids a fighting chance. For Abassi, McDonald’s was a place where no matter who you are, if you work hard you can rise up the ranks and get rich.

A year later, the battle to save the McDonald’s continues. The workers are making a bid to buy this restaurant and turn it into a worker-owned cooperative. Guemari and his co-workers say they refuse to give up the struggle for a beloved McDonald’s where they can both flip burgers and fight for their place in the world.