Save Hide And Seek For The Playground: Why Kids Should See Their Veggies 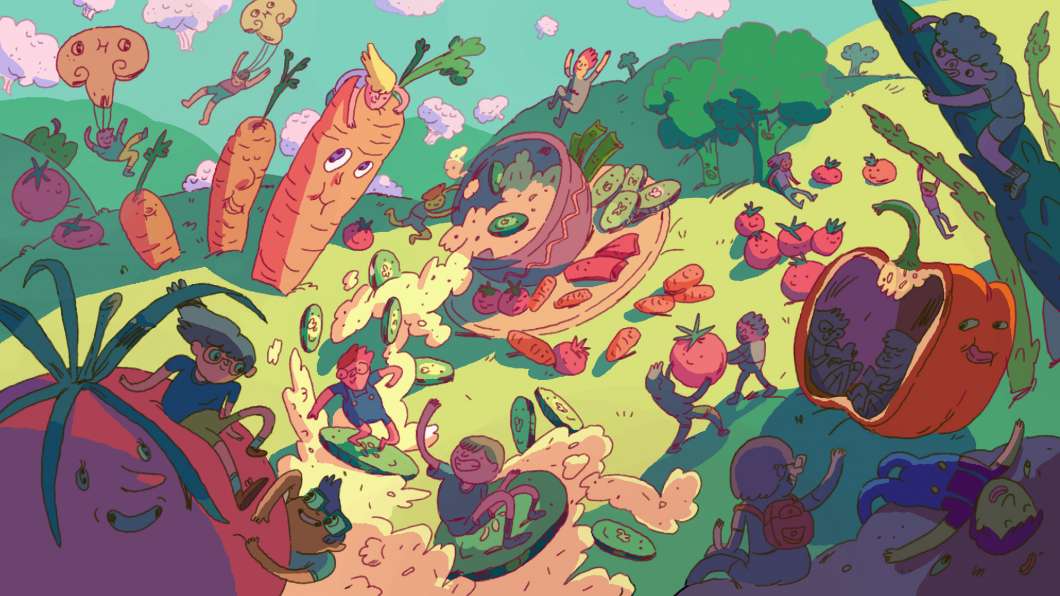 Getting kids to eat veggies through subterfuge — say, by sneaking spinach into smoothies -- sets the bar too low, researchers say. Your child must actually learn to like veggies, weird textures and all.

When my daughter turned 1, a routine toe prick revealed that her iron levels were low. Because our family doesn’t eat much iron-rich red meat, the pediatrician advised that we feed our daughter spinach. Every. Single. Day. This was bad. My daughter had just entered a picky eating phase and leafy greens were “yuck.”

Things were going poorly until I made popsicles. These frozen treats were chock full of blended spinach, peanut butter, yogurt, carrots, other miscellaneous healthy stuff, and blueberries, which conveniently turned the entire concoction purple. My daughter devoured the pops.

Hmm, says Gillian Harris, among the world’s foremost experts on picky eating in children and a consultant and clinical psychologist at the University of Birmingham in the UK, when I describe my pops to her over the phone. “You want the child to look at the vegetable, taste the vegetable, get used to the vegetable and eat that vegetable when they’re 7 or 8,” she says.

In other words, getting your kid to eat veggies through subterfuge — whether via awesome pops or in those now ubiquitous pouches that let children squeeze a mix of fruits and kale/carrot/parsnip/other vegetable into their mouths through a makeshift straw — sets the bar too low. Your child must actually learn to like veggies, weird textures and all.

With research showing that low vegetable consumption early in life tracks to low consumption later, and with poor diet correlated with a host of diseases later in life, including weight problems, cardiovascular disease and cancer, getting kids to eat unadulterated veggies has far-reaching public health implications. Yet research suggests that a whopping 93 percent of U.S. children between the ages of 1 and 18 do not meet current recommendations for vegetable intake.

That makes sense, Harris says. “When you look at vegetables, they don’t have much going for them. They don’t have any immediate calories. They’re stringy. And they quite often taste bitter.”

Some research shows that when a mother eats a vegetable-rich diet during pregnancy or while nursing, those sharp flavors transfer to their amniotic fluid and breastmilk, thus priming the babies for eating actual veggies later on. Other research shows that introducing babies to vegetable flavors through milk prior to introducing solids can have the same priming effect.

Yet even those babies who appear to eat everything will often start to distrust any food that looks vaguely foreign around age 2. That stage can last for years. That’s because, from an evolutionary perspective, that’s the age at which children would have started foraging on their own. Chomping on the wrong thing could have had dire consequences.

So what’s a concerned parent to do? Researchers have come up with a cornucopia of ideas: Make veggies fun by giving them superhero names like X-Ray Vision Carrots! Add some salt to those green beans! Pair broccoli with dip (low fat, of course)!

While great suggestions, says Lucy Cooke, a psychologist at University College London in the U.K., “nobody has come up with anything that works better than mere exposure.” She’s referring to research (including her own) showing that the surest way to get kids to eat a given veggie, or any food for that matter, is to offer it a lot, or somewhere in the window of 8-15 times.

But most parents tend to give up on a food after just a handful of tries – in part, perhaps, because exposing a child to new vegetable, say Brussels sprouts, 15 times is approximately equal to 14 moments spent picking small, soggy leaves out of the rug. And what time/money/patience-strapped parent wants that?

Cooke has come up with one possible workaround. In a series of carefully controlled studies, conducted both at schools and within the home, Cooke found that when children were offered a pea-sized amount of a given veggie in exchange for a sticker reward, they ate more of that veggie three months later – sans reward – than children who had merely received praise. Those studies contained some crucial tenets: Portion sizes were small, children who chose not to eat the veggie didn’t receive a sticker but weren’t criticized, either, and the veggies were offered outside of stress-driven mealtimes. Cooke has now packaged the basics of her program into a program called Tiny Tastes.

While that may work great for some veggies, especially those that kids aren’t terrified of at the onset, what about those veggies that make kids shudder or even vomit? The assumption underlying most studies, says Helen Coulthard, a developmental health psychologist at De Montfort University in Leicester, U.K., is that the single most important factor in getting kids to eat – and presumably enjoy – their veggies is for them to taste them. How, after all, can children learn to like rutabaga without sticking it in their mouths?

But Coulthard and others say that just letting kids touch, tear, and smush their vegetables so that they can imagine what they might feel like inside their mouths will eventually lead to tasting. In a study appearing last month, Coulthard and her team showed that children who were allowed to play with fruits and vegetables were more likely to try those — and even other — fruits and vegetables immediately after play time than children who watched an adult play with those foods or children who played with traditional craft items. “We were really surprised that it worked so well with just one session,” Coulthard says.

But even if the process takes a while, parents need to take the long view, Harris adds. Letting a tot treat food like Play-Doh, after all, is preferable to trying to feed your 16-year-old kale-fortified pouches.

Which brings me back to my daughter. Now 2, she still turns up her nose at anything leafy and green. To that, Harris offers up this sage advice: “Spinach doesn’t have as much iron as you think. Give her chocolate instead.”

Talk about a parenting win.

Sujata Gupta is a freelance science writer based in Burlington, Vt. Her work has appeared online and in print in the New Yorker, BBC, NovaNext, Scientific American and others. Follow her on Twitter @sujatagupta