Sarah Palin is attempting a comeback in Alaska, but her star has dimmed at home 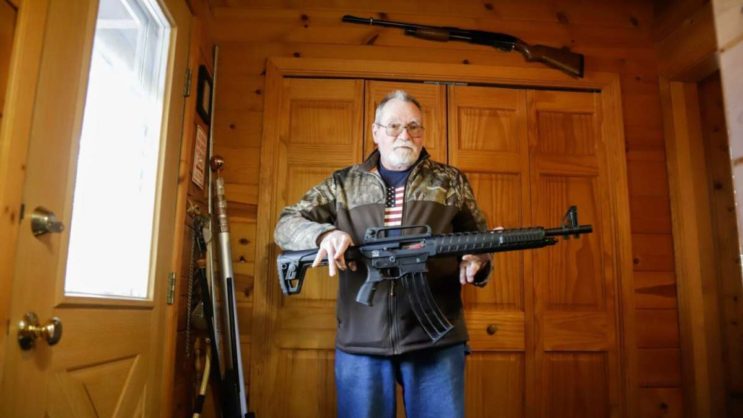 Ron Johnson, 71, describes himself as a “hardcore constitutional conservative,” and he does not support Sarah Palin in the race for Alaska’s lone U.S. House seat. He is the Alaska Republican Party Region 2 representative.
Jeff Chen/Alaska Public Media

To her followers around the country, former Republican vice presidential candidate and Alaska Gov. Sarah Palin is a beloved culture warrior.

“Right-winging, bitter-clinging, proud clingers of our guns, our God, our religion and our Constitution,” is how Palin described the culture she is fighting for in 2016, while on stage with Donald Trump to endorse his run for president.

Other than the “bitter” part, that description would seem to fit Alaskan retiree and Vietnam veteran Ron Johnson, right down to the American flag t-shirt he wears under a camouflage-printed fleece jacket.

Johnson lives about 25 miles from Palin’s hometown of Wasilla, the heartland of Alaska conservatism. He’s got a Trump sign by his driveway, and he’s certainly a proud gun owner.

“Once you get into it, no telling how many guns you’ll have. Just right here, there’s one above me,” he told a visitor at the front door of his log home. “And two set in here, and one on my waist.”

Johnson voted for Palin for governor. But now that she’s running for Alaska’s sole U.S. House seat? Even this right-wing, gun-toting Republican doesn’t want her to win.

“I think she’s out of touch with Alaskans right now,” he said. “She’s moved into a different circle. She was a vice presidential candidate. Yeah, I don’t think that the people here — we don’t take her very seriously.” 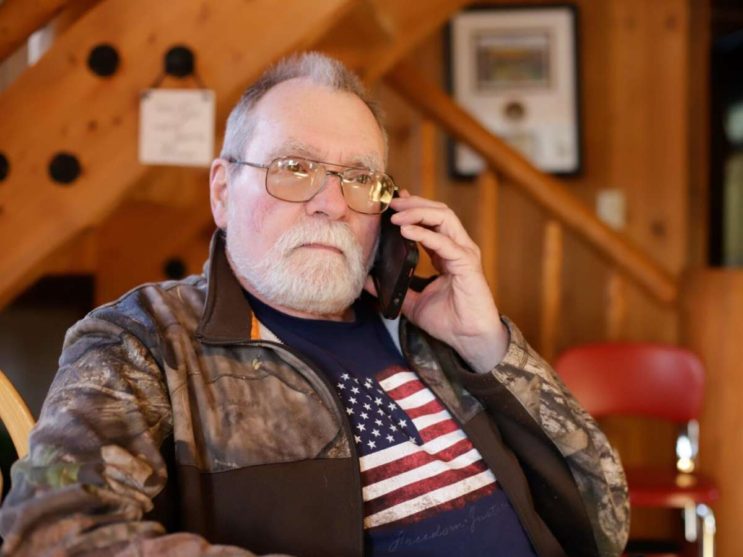 That Palin doesn’t have the conservative vote locked up on her own ruby-red home turf suggests Alaska’s most famous Republican has some challenges to overcome if she’s going to be the state’s next member of Congress.

Johnson doesn’t blame Palin for cashing in on her celebrity with a series of TV appearances after a bruising presidential campaign.

“She’s made a lot of money and, you know, good for her. I’m glad that she’s successful,” Johnson said.

Other local conservatives say some of her televised gigs damaged her stature, like in 2020 when she wore a pink and blue bear suit on the show The Masked Singer and rapped “Baby Got Back.”

“That (national) attention … to me it’s just made her more of an embarrassment to Alaskans than someone to respect and support,” said Karina Wentworth, a stay-at-home mom and marketing manager who lives in Wasilla.

Wentworth’s politics, like Johnson’s, are clear from the driveway: A small banner proclaims her household is “Pro-life, Pro-God, Pro-gun, Pro-Trump.” Even though Trump has endorsed Palin’s candidacy, even though her kids go to middle school with Sarah Palin’s son, Wentworth is just not that into Palin. 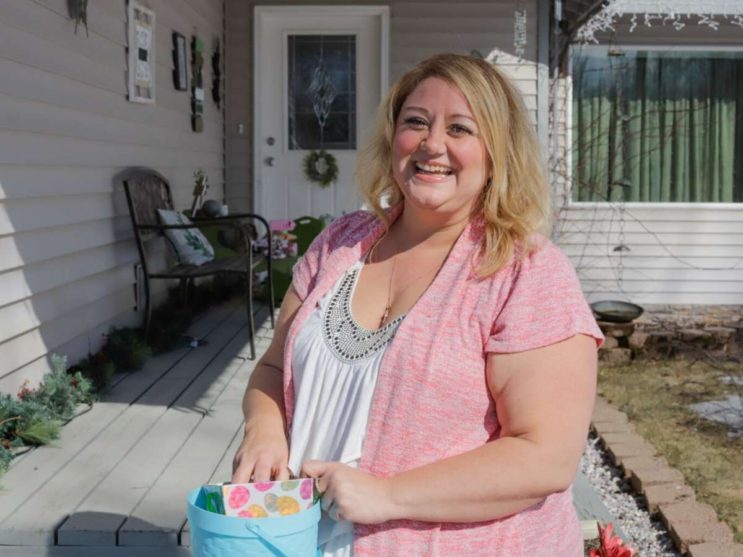 “Her focus has become more centered on herself and less on Alaska,” Wentworth said. “So yeah, I would like to see a candidate that is more Alaska-focused.”

Wentworth contrasts her own dim view of Palin with that of her in-laws in Georgia, who she says watch Palin on Fox News as “sparkly-eyed fans.”

Alaska’s U.S. House seat is open for the first time in 49 years, after the death in March of Congesssman Don Young. Palin is one of 48 candidates seeking to serve the remainder of his term. Many of them, including Palin, are also running for the next full term, which starts in January.

Wentworth is backing a different conservative Republican: Nick Begich III. Begich has done months of outreach in the Wasilla area and has locked up endorsements from dozens of local political leaders. Johnson, a regional representative to the state Republican party, also supports Begich in the race.

Shoppers at the Carrs supermarket in Wasilla offered a broader range of views about Palin, from adoration to indifference.

“I don’t think many people up here have a very high standing of her,” said Jennefer DelaVega, a libertarian. 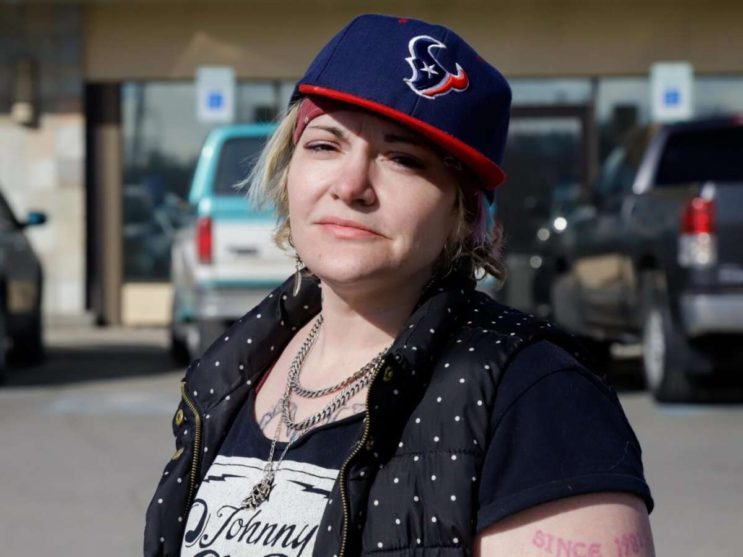 “I think it’s great that she’s running,” said Dan Lousberg. “I’d like to see her win. I think it’d be great for our state.”

Another shopper called Palin “a quitter.” That shopper is not unique.

In a survey about three years after Palin resigned from the governor’s office, Anchorage pollster Ivan Moore said, more than half of Alaskans had a negative view of her.

Moore asked Alaskans again in October whether they have a positive or negative view of Palin.

“Her positive-negative came back at 31 positive, 56 negative. So that’s the immediate problem,” said Moore, who previously did work for other candidates in the race.

The Palin campaign declined several interview requests, but Palin told reporters at Don Young’s funeral that she’s traveled in the Lower 48, but never moved away from Wasilla.

“Still in the same house. Same group of friends. Same groups of political supporters. And yeah, this is home,” she said.

Her popularity may have dimmed, but Palin is still a household name. Just about everyone expects she will survive the 48-way primary, especially because Alaska has a new voting system in which she only has to be one of the top four vote-getters to advance to the general.

What happens after that is harder to say.