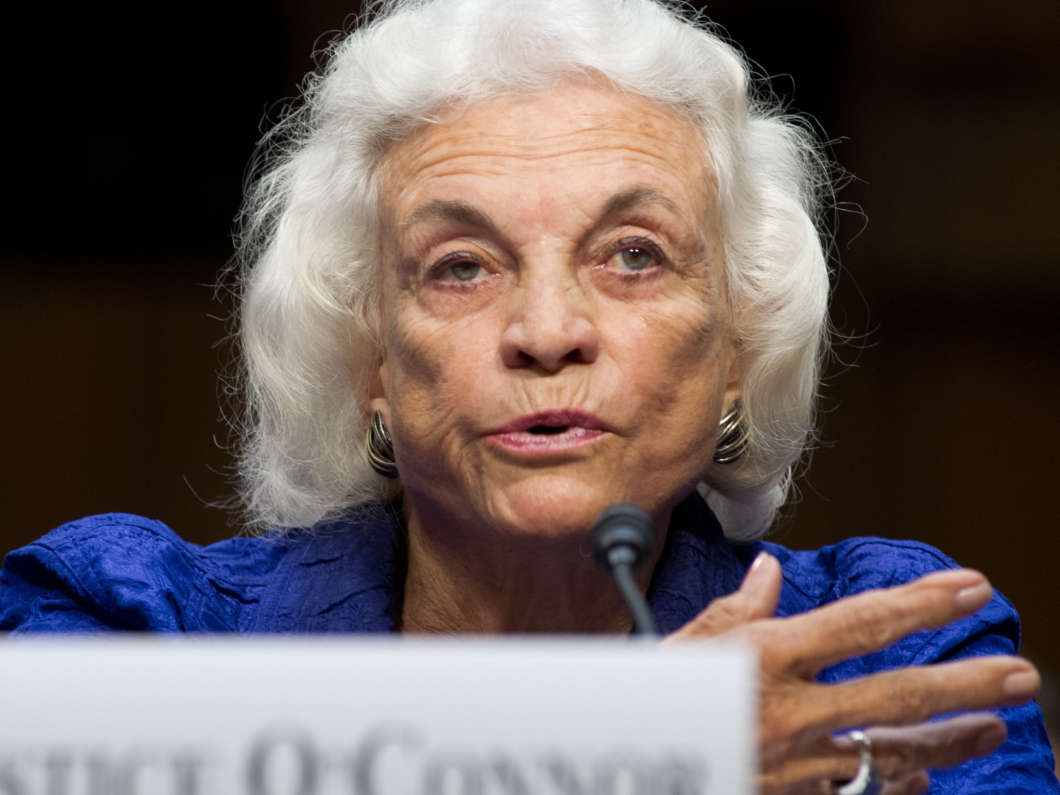 Former Supreme Court Justice Sandra Day O’Connor says she has been diagnosed with “the beginning stages of dementia, probably Alzheimer’s disease,” in an open letter that was released Tuesday.

O’Connor, 88, was the first female justice to serve on the high court, and she has remained active after retiring to care for her husband, John, in 2006. But now, O’Connor says, she will withdraw from public life.

She received the diagnosis “some time ago,” O’Connor said, in a letter released by the Supreme Court’s public information office.

“As this condition has progressed, I am no longer able to participate in public life,” O’Connor said. “Since many people have asked about my current status and activities, I want to be open about these changes, and while I am still able, share some personal thoughts.”

In her letter, O’Connor then describes the importance of encouraging the growth of Americans’ civic learning and engagement — a key goal of iCivics, the organization she started after retiring from the federal bench.

Responding to O’Connor’s letter, Chief Justice John Roberts wrote, “I was saddened to learn that Justice Sandra Day O’Connor, like many Americans, faces the challenge of dementia.”

He added, “But I was not at all surprised that she used the occasion of sharing that fact to think of our country first, and to urge an increased commitment to civics education, a cause to which she devoted so much of her time and indomitable energy.”

Calling O’Connor “a towering figure in the history of the United States,” Roberts said, “She broke down barriers for women in the legal profession to the betterment of that profession and the country as a whole.”

The former justice, Roberts said, has been “a role model not only for girls and women, but for all those committed to equal justice under law.” He added, “no illness or condition can take away the inspiration she provides for those who will follow the many paths she has blazed.”

O’Connor was a judge on the Arizona Court of Appeals when she was nominated to the Supreme Court by President Ronald Reagan in 1981, to fill the vacancy left by the retiring Justice Potter Stewart.

Toward the end of her letter announcing her condition, O’Connor said:

“I will continue living in Phoenix, Arizona, surrounded by dear friends and family. While the final chapter of my life with dementia may be trying, nothing has diminished my gratitude and deep appreciation for the countless blessings in my life. How fortunate I feel to be an American and to have been presented with the remarkable opportunities available to the citizens of our country. As a young cowgirl from the Arizona desert, I never could have imagined that one day I would become the first woman justice on the U.S. Supreme Court.”