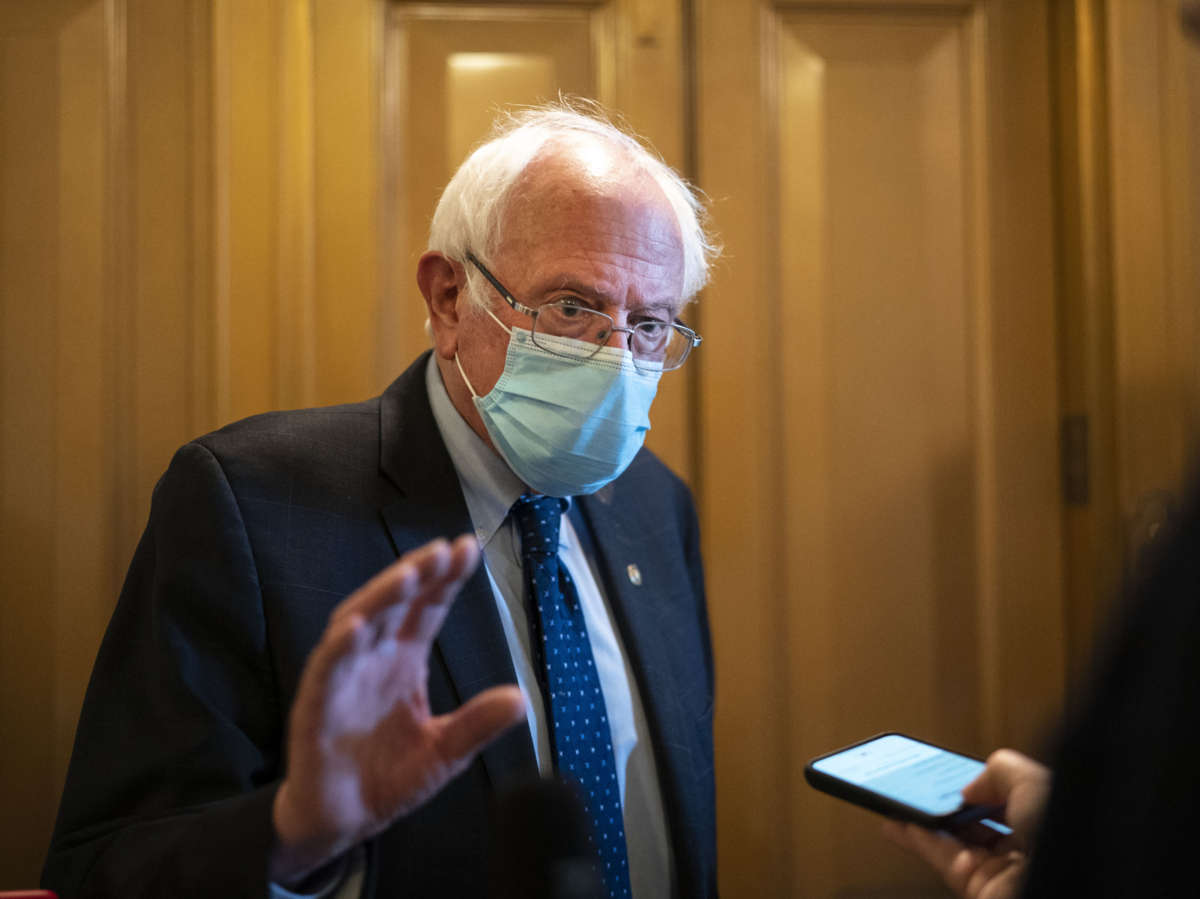 Sen. Bernie Sanders, I-Vt., and the chair of the Congressional Progressive Caucus, Rep. Pramila Jayapal, D-Wash., are proposing free college tuition for those from families earning up to $125,000 per year.
Image credit: Drew Angerer

Sen. Bernie Sanders, I-Vt., and the chair of the Congressional Progressive Caucus, Rep. Pramila Jayapal, D-Wash., are introducing legislation Wednesday that would make higher education free for most Americans by imposing new taxes on many Wall Street transactions.

The legislation would eliminate tuition and fees at public, four-year institutions for those from families earning up to $125,000 per year and make community college free for everyone. The push comes amid mounting pressure from progressives on President Biden to forgive some existing student loan debt and make higher education more accessible.

“While President Biden can and should immediately cancel student debt for millions of borrowers, Congress must ensure that working families never have to take out these crushing loans to receive a higher education in the first place,” Jayapal said in a statement.

There is widespread interest among Democrats in making college more affordable, but there has so far been little agreement on the best path for achieving that goal. Progressives like Jayapal and Sanders have pressed for free college for most students, but many other Democrats say that idea is either too expensive or not feasible.

Sanders and Jayapal propose new fees for common Wall Street activities that they say would raise $2.4 trillion over 10 years. The bill includes a 0.5% tax on stock trades, which would amount to 50 cents for every $100 worth of stock, a 0.1% fee on bonds and a 0.005% fee on derivatives.

The legislation also includes a major expansion of the federal Pell Grant. Sanders and Jayapal propose doubling the existing grant maximum to $13,000 per academic year and allowing students to apply those funds to cover living expenses and other non-tuition costs. Other changes include more funding for underfunded institutions and more support for low-income and disabled students.

“If we are going to have the kind of standard of living that the American people deserve, we need to have the best educated workforce in the world,” Sanders said in a statement. “It is absolutely unacceptable that hundreds of thousands of bright young Americans do not get a higher education each year, not because they are unqualified, but because their family does not have enough money.”

The bill comes as Democrats are attempting to chart a legislative path for a wide range of priorities, many of which have fallen under an increasingly broad umbrella of infrastructure spending. Biden released the first of two infrastructure plans last month. The first round included many traditional programs, like road and bridge improvement, along with spending for other priorities, like combating climate change and expanding broadband Internet access.

The White House is expected to release details of what is being called a “human infrastructure” proposal in the coming days or weeks. The second package is expected to widely redefine “infrastructure” to include policies that impact an individual’s ability to participate in the economy, like access to child care, education and elder care.

Progressives say access to higher education must be part of that plan.

“In the 21st century, a free public education system that goes from kindergarten through high school is no longer good enough,” Sanders said in the statement. “The time is long overdue to make public colleges and universities tuition-free and debt-free for working families.”