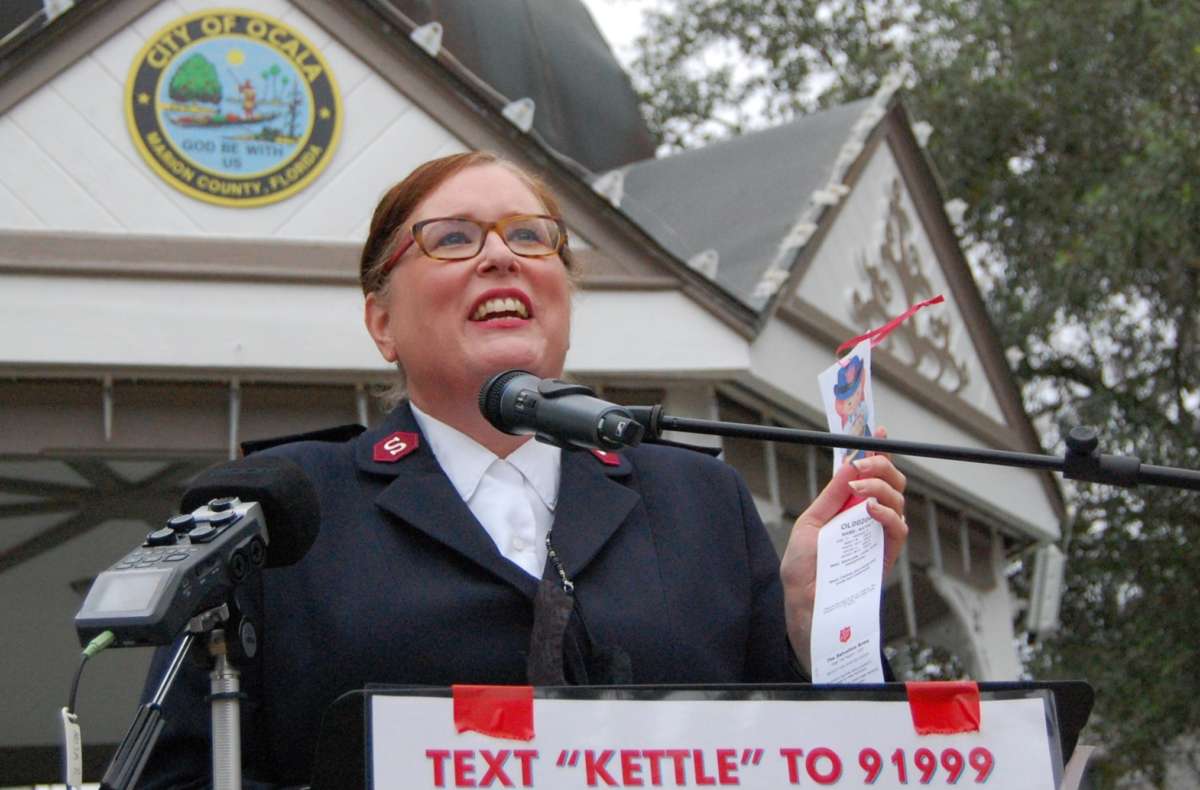 In Ocala, at least, it’s time to start thinking about holiday giving.

The Salvation Army’s Red Kettle campaign is starting there, two weeks before the charity buckets make their appearance in Orlando.

But not this year.

The church’s local leaders and a volunteer spoke without fanfare at the gazebo on the downtown square Friday.

“We need people to adopt angels,” she said. “We need people to give to the Red Kettle so that in turn we can help families in an unprecedented time who’ve never been in need before who need help this holiday season.”

Volunteers with masks and hand sanitizer will stand with their kettles outside some stores starting Saturday and others later in the month.

The Salvation Army of Lake and Sumter County, meanwhile, has a goal of $350,000.

Lt. Chris Doborwicz says their kettle drive starts next weekend. The holiday provides half their funding for the year.

“Come June and July, we’re continuing to provide emergency financial assistance or lifesaving resources in the summer,” he said. “And we’re able to do that from the fundraising that we do in Christmas.”

And there’s an emphasis this year on the Virtual Red Kettle program.