Sailor Kills 2, Wounds 1 Before Taking Own Life At Pearl Harbor Base 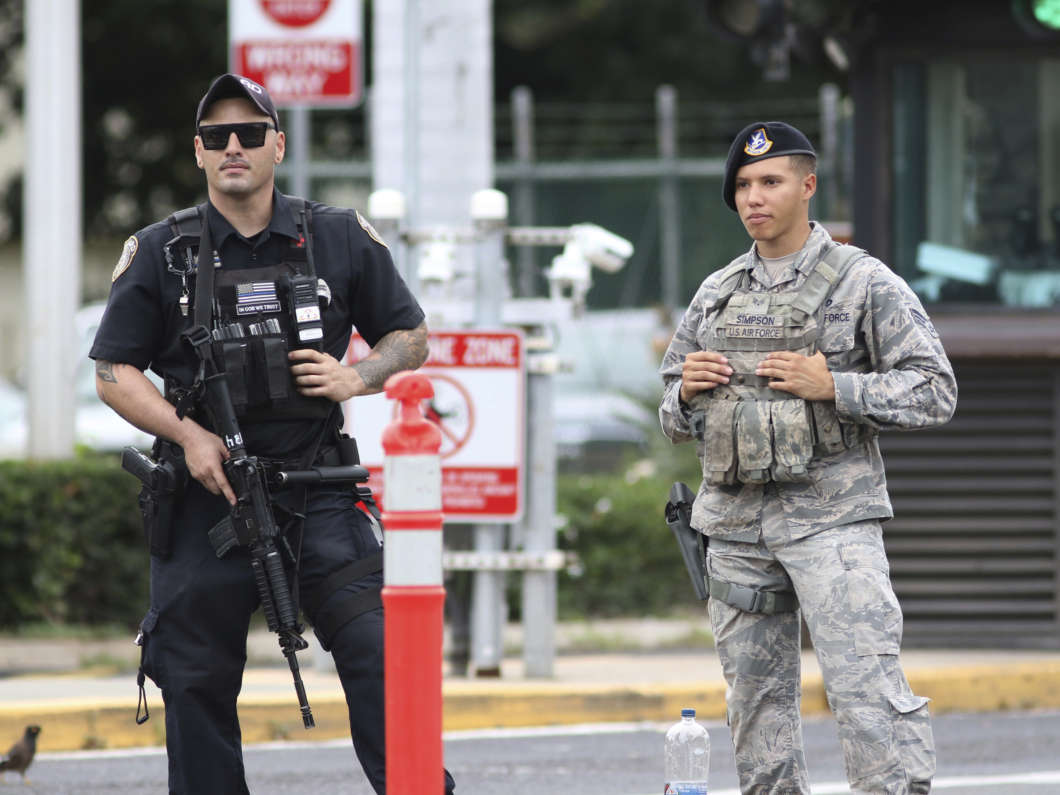 Security guards outside the main gate at Joint Base Pearl Harbor-Hickam, in Hawaii, following a shooting by an active-duty U.S. Navy sailor.
Image credit: Caleb Jones

A U.S. Navy sailor shot and killed two civilian employees of the Defense Department and wounded a third, before killing himself at Hawaii’s Pearl Harbor military installation.

Chadwick said the names of the shooter and his victims would not be released until next-of-kin had been notified. He said the wounded civilian is in stable condition at a local hospital.

A motive for the shootings has not been identified and it is not known whether the victims were random or known to the shooter.