Sabatini posts online petition for others who ‘Stand with Matt Gaetz’ 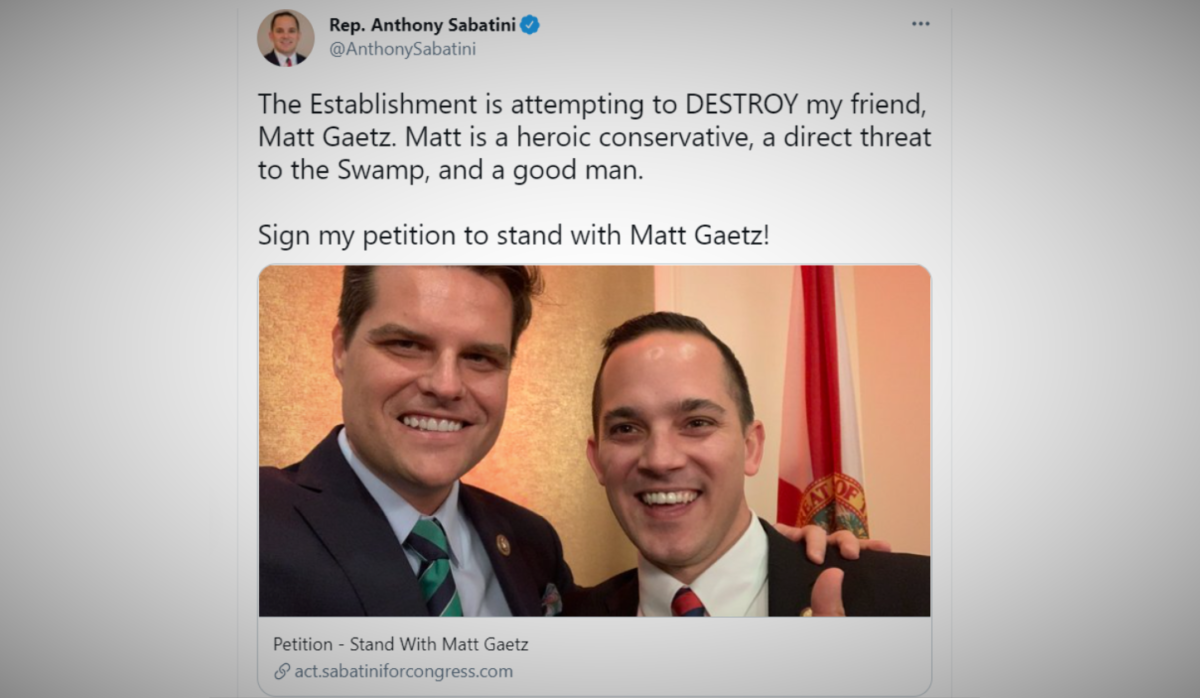 State Rep. Anthony Sabatini, R-Howey-in-the-Hills, stands with his friend, Congressman Matt Gaetz, who is being investigated by the U.S. Justice Department.

Now Sabatini is trying to garner support with an online petition.

When the news broke of the probe into Gaetz, Sabatini responded by calling the Department of the Justice and the media a “shady group of lying creeps.”

Matt Gaetz, he says, is an American hero.

Now Sabatini, who is running for Congress, has an online petition collecting email addresses from people who want to, quote, “Stand with Matt Gaetz.”

He says the so-called “establishment” is trying to destroy his friend.

He has been indicted on 33 counts, ranging from child sex trafficking to bribery. Gaetz has not been charged.

The Orlando Sentinel reports a financial link between Greenberg and Sabatini. The tax collector paid him $7,500 for legal work over three months in 2019.