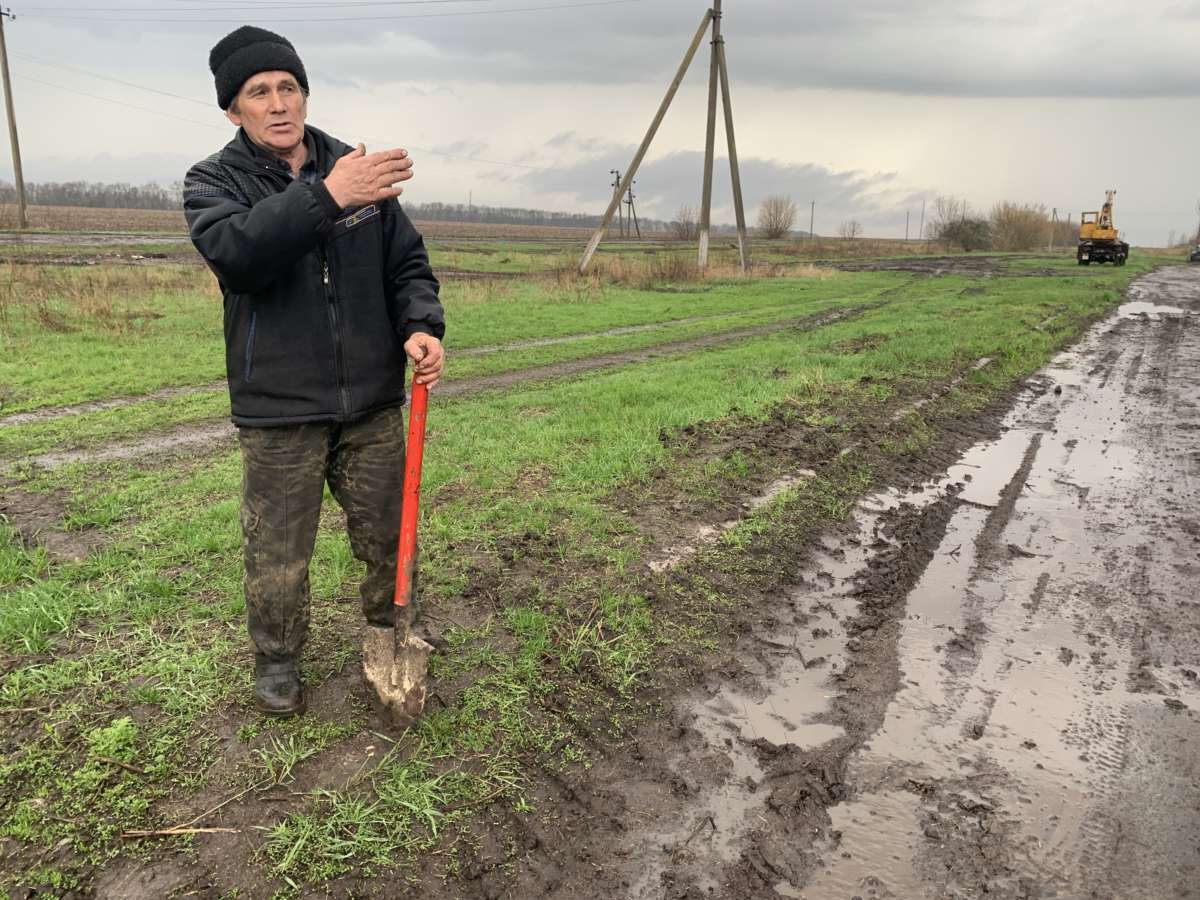 BILKA, Ukraine — For Ukrainian farmer Anatolii Kulibaba, this year’s planting season comes with anguish. Kulibaba is among many who were forced to flee their land as Russian forces moved in with their tanks.

In the first few days of the war, Russian soldiers delivered an even crueler blow: They killed Kulibaba’s son, Oleksandr, as he was traveling to their village of Bilka, 25 miles from the Russian border.

“He was just 45. He had his whole life ahead of him,” Kulibaba says.

Two months later, Kulibaba, 70, is still trying to work through the pain, but it’s a struggle. He desperately misses his son, who also led most of the farm duties.

Kulibaba says he could really use Oleksandr’s help right now, trying to restart production after Russian forces took over and destroyed parts of their farm.

Ukraine is one of the biggest producers of wheat, corn and sunflower oil, and the war has wreaked havoc on the so-called “breadbasket of Europe.” Ukraine and Russia together account for over a quarter of the world’s wheat exports. Ukraine’s Ministry of Agriculture now says that 30% of the country’s farmland is occupied or unsafe.

Kulibaba says Russian troops slept in his barn, slaughtered and cooked his pigs and parked their tanks in his cornfields.

“My fields were destroyed by the shelling,” Kulibaba says.

By the time he returned to the farm in April, about four weeks after he fled, the Russians had used his tractors to dig trenches and ripped up much of his 494 acres with their heavy tanks. They stole more than 2,600 gallons of his fuel and grabbed the batteries from his combines.

He thinks maybe he can farm half of his land now, but he doesn’t really know. There’s no safe way for him to assess.

“We’re afraid to go out there,” he says. “We don’t know where the mines are.”

In Ukraine, it’s not just those on the front line, like Kulibaba, who’ve been affected. Gas prices are surging and farmers are struggling to find fertilizer to grow new crops. And whatever they produce is going to be even harder to sell.

Ukrainian grains have been stuck in makeshift silos across the country and particularly by port cities like Odesa, along their main export route, the Black Sea. The Russians have blocked ships from departing, and — according to the Ukrainians — left naval mines for those that try to sneak past.

“This year, we’re going to have much less harvest,” says Sergii Leshchenko, a senior adviser to Ukrainian President Volodymyr Zelenskyy’s chief of staff. “But it’s important to [have a harvest], at least to cover internal needs.”

Leshchenko says the government is working to help with global needs. They’ve tried to expand new export routes to the west by train, and south via small ports along the Danube River. But he says it’s far from sufficient.

“There is still [a] bottleneck for proper export of Ukrainian food,” he says. “It’s impossible without making the Odesa region work properly.”

The war’s disruptions have led to surging prices and raised fears of food shortages in parts of the developing world. Kyiv-based trade analyst Elena Neroba warns the global impacts will be profound, as families in developing nations who relied on Ukrainian crops will struggle to afford more expensive wheat.

“The Russian invasion will lead not just to deaths in Ukraine,” she warns. “But in a few months, people will start dying all over the world from hunger.”

The war has set the Ukrainian agriculture sector back by years, especially after gains made in developing healthier and organic crops, according to Mariia Bogonos, the head of the Center for Food and Land Use at the Kyiv School of Economics.

She says it was hard enough trying to recover from the 2014 Russian invasion in the east.

“It’s painful,” Bogonos says. “How much effort was put into developing this sector. So, moving from [the] Soviet past to this market-oriented way of living. And now we have to stop all this and talk about food security in the country again.”

While the United States does not import Ukrainian wheat, it will not be immune to the supply shock.

Joe Glauber, a former chief economist for the Department of Agriculture, says American consumers will likely see prices go up on wheat-based products, from bread to cereals to pizza.

“The loss of Ukraine right now, in the sense that no grain is moving out of their ports, has pushed up prices to 25% over price levels, which were already high and rising,” says Glauber, a senior fellow at the International Food Policy Research Institute, referring to increases since the beginning of the war. “And that’s critical to this story in the sense of markets were already tight with low inventories and very high prices, the highest prices we’ve seen in about 10 years for a lot of commodities, even prior to the Russian invasion.”

Getting family farms back up and running will be arduous

Kulibaba’s son-in-law, Valeria Kyselov, motions to the barn where the Russians spent most of their time while they occupied the family farm in Bilka. Spent munitions and discarded meal packs litter the ground under a rickety trailer.

Kyselov promises there are no mines inside and climbs to the second floor. The bales of hay upstairs still have impressions from where the Russians slept.

On the wall, a scratched-out message refers to NATO soldiers in a sexual act and insults the Pentagon.

It’s been weeks since the farm produced any income, Kyselov says. The family is starting to worry about whether Kulibaba will be able to pay back loans he used to purchase his combine and other expensive equipment, some of which has been stolen.

“If you can plan, you can pay your loan,” Kyselov said. “But the Russians took away the possibility to earn money.”

He also worries how his father-in-law is dealing with the trauma of losing his son.

Kulibaba insists the farm will survive. It will take time to clear the mines, but he vows it will produce again.

What’s harder, he says, is dealing with the loss of Oleksandr, and just trying to understand why all this had to happen.

“We are peaceful people,” he says. “We did not attack anyone. We are on our own land.”