Russia could begin an invasion of Ukraine before the Olympics end, Biden adviser says 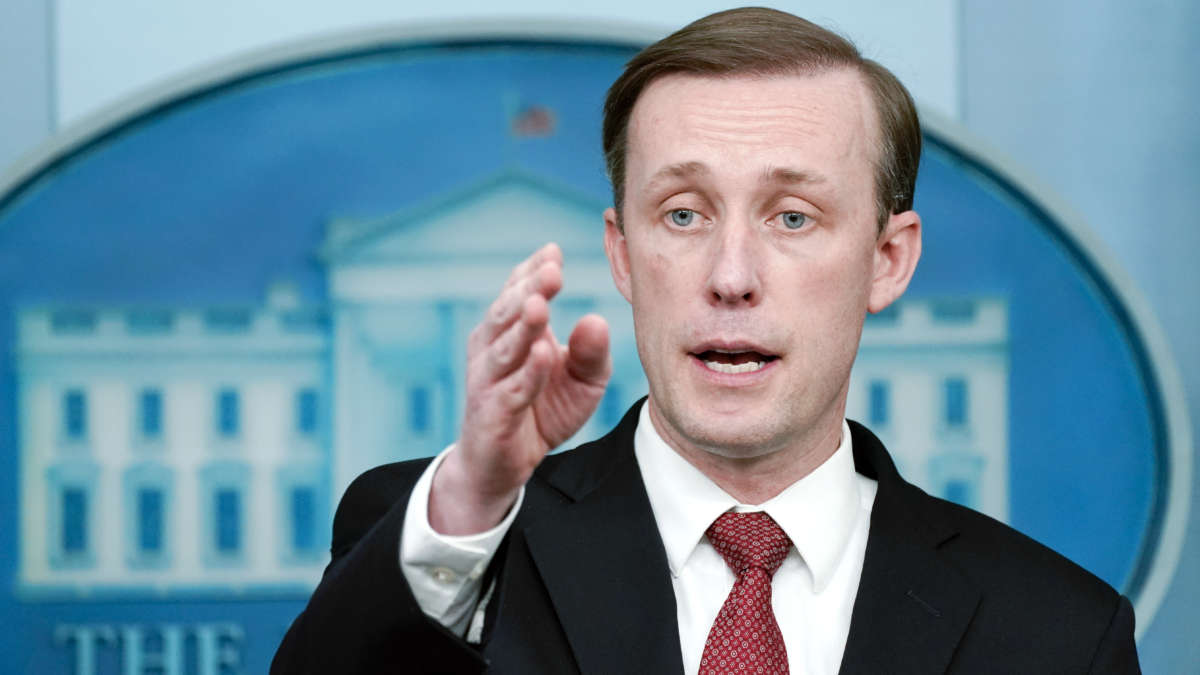 White House national security adviser Jake Sullivan said on Friday that a Russian military invasion of Ukraine could begin at any time and urged Americans in Ukraine to leave now.

“We are not saying that a decision has been taken,” Sullivan said, declining to get into intelligence details beyond that new Russian forces are arriving at the Ukrainian border. He spoke to reporters after President Biden spoke with trans-Atlantic leaders about the situation and potential response.

“I do want to be clear: It could begin during the Olympics despite a lot of speculation that it would only happen after the Olympics,” Sullivan said.

The U.S. continues to reduce the size of its embassy footprint in Kyiv, Sullivan said.

“Any Americans in Ukraine should leave as soon as possible, and in any event, in the next 24 to 48 hours,” he said, noting a Russian invasion would likely begin with aerial bombings and missile attacks followed by an onslaught of a massive ground force, which could cut off air, rail and road routes.

“If you stay, you are assuming risk, with no guarantee that there will be any other opportunity to leave and no prospect of a U.S. military evacuation in the event of a Russian invasion,” he said.

Sullivan said he could not predict how limited or expansive a Russian military invasion of Ukraine would be. “There are very real possibilities that it will involve the seizure of a significant amount of territory in Ukraine and the seizure of major cities, including the capital city,” he said.

Sullivan said he also expects Biden will speak by telephone with Russian President Vladimir Putin, but could not say when that would be.

Nor could Sullivan predict when a Russian military attack might occur.

“We can’t pinpoint the day at this point and we can’t pinpoint the hour,” he said. “But what we can say is that there’s a credible prospect that a Russian military action would take place even before the end of the Olympics.” The games in Beijing are slated to conclude Sunday, February 20.

Asked about past U.S. intelligence estimates that were proved wrong, including in the run-up to the war with Iraq when Bush administration officials claimed that Iraq possessed weapons of mass destruction, Sullivan said things were different this time.

“In the situation in Iraq, intelligence was used and deployed from this very podium to start a war. We are trying to stop a war. To prevent a war, to avert a war,” he said.