RuPaul’s Recipe For Success? Love Yourself And Stay Flexible 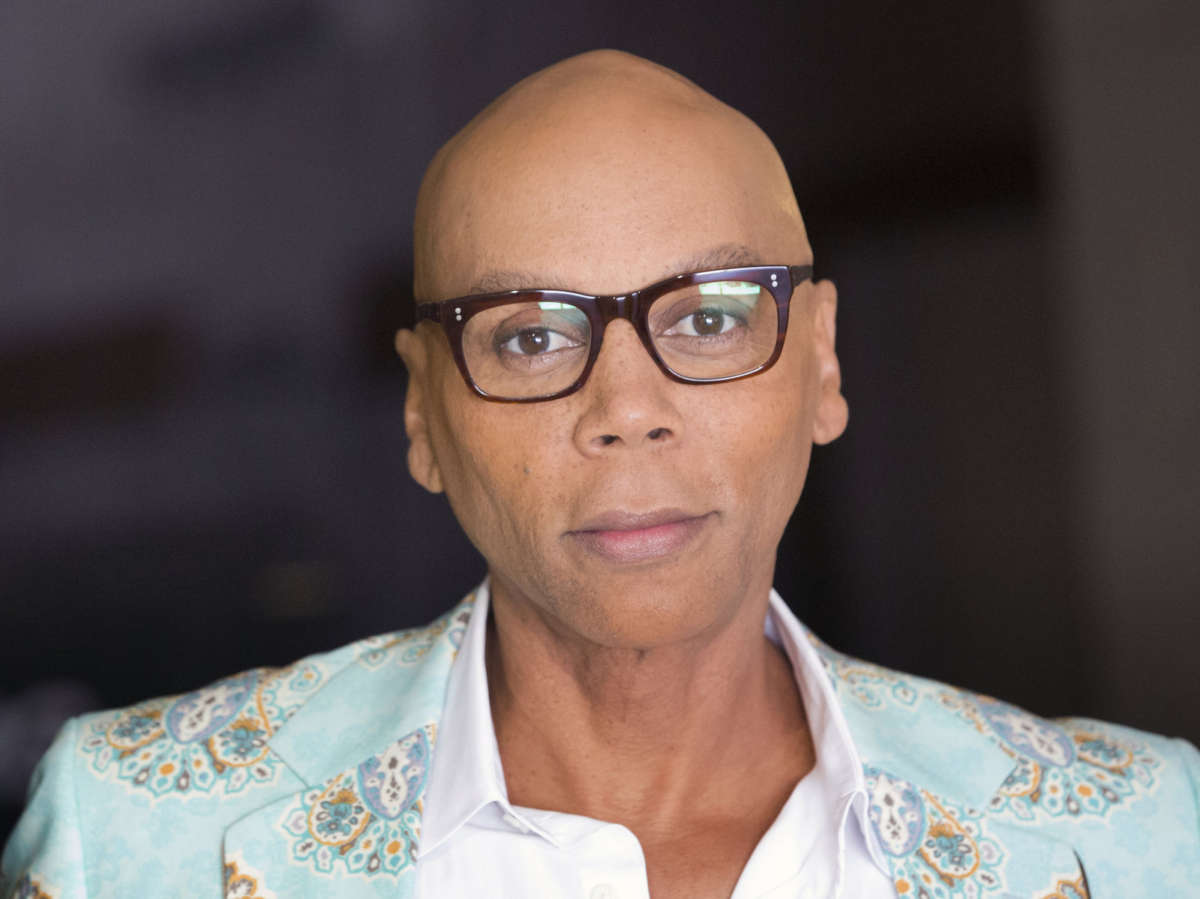 Fans of the VH1 reality show RuPaul’s Drag Race know that every episode ends with a mantra. After finishing the weekly challenge, the drag queens competing for the title of “America’s Next Drag Superstar” (and a hefty cash prize) gather on the runway before host RuPaul Charles, where the drag icon proclaims: “If you can’t love yourself, how in the hell you gonna love somebody else?”

RuPaul says that repeating these words is an important touchstone — both for the show and for life: “These mantras are set to align you with the truth of who you are,” he says. “You are love — and you cannot give something that you do not have.”

RuPaul got his start in Atlanta in the ’80s, performing a punk-inspired “genderf***” drag — for example, pairing an old prom dress and a tiara with combat boots and a mohawk.

“We did drag as a social commentary,” he says. “It was a reaction to the Reagan ’80s, and it wasn’t trying to look real or pass [as a woman]. It was a rebellion against the status quo.”

In 1993, RuPaul’s break-out hit “Supermodel (You Better Work)” brought him — and drag — national attention. Now 59, he sits at the helm of a drag empire. Since it began in 2009, RuPaul’s Drag Race has launched the careers of hundreds of drag queens. The Emmy-winning series, now in its 12th season, has spin-offs in Chile, Thailand, Canada and the U.K.

RuPaul, who splits time between Los Angeles and a 60,000-acre ranch in Wyoming, says one of the secrets to his success is adaptability.

“In this life, if you can stay flexible, you have a really good chance of navigating a really rich experience for yourself on this planet,” he says.

On his belief that identity is an illusion

It’s all a lie — this world is a lie. So don’t base your value on the lie. I’ve always been attracted to things that were irreverent, [like] Monty Python, I thought, “Oh, there’s my tribe!” Because even as a kid, I knew that I had a sense that none of this was real, that it was all an illusion and that it would be a mistake to base my value on the lie: Boys, go here. Girls go there. Blacks over here, whites over here … all these superficial rules we come up with are just BS!

On how his mother influenced his punk sensibility

My mother was very world-weary. She was someone who I suspect — and she wasn’t very open about anything in her childhood or her background — but I suspect that some horrible thing had happened to her. I felt that. She never talked about it, but she was someone who, because of her world weariness, she instilled in me the ability to not pay attention to what other people had to say about what I was doing. She loved me so much, and she was so proud of the fact that I was gonna do my own thing.

So it was a very punk rock approach to life, and I got that from her. She famously says, “If they ain’t paying your bills, pay them no mind.” And I lived my life that way. Yes, I mean, people have said lots of nasty things about me to me and still do, but am I gonna let that stop me? Uh-uh. I will laugh at it and say … The joke is on you, person, because I am going to get as much out of this life as I possibly can — and I have! At 59 years old, I have done a lot of stuff and I’m still going to do a lot of stuff.

We were the children of Warhol. We were the children of David Bowie. And all things were possible. There was a club scene. And back then there were so many clubs. You could go to six different nightclubs per night. And we’re talking Monday through Sunday. You could go every night to a different nightclub. And back then, the clubs were filled with everyone — straight, gay, black, white, Puerto Rican, uptown, downtown, men, women, everybody. And that was the scene, that tapestry of what New York is, or was, was so evident in the nightclub scene. And it was fabulous! It was gorgeous. I’m so proud and so happy I got to experience that.

[In 1989] I worked on a demo tape so I could send it to a record company. And that’s what I did for a year. I worked on a demo and basically ate popcorn and seltzer water from the Film Forum because I had a friend who worked there, and so that’s how I sustained myself. And I do a … few gigs here and there. But I wasn’t in the clubs every night like I had been. And in ’92, I got a record deal with Tommy Boy Records, which was a subsidiary of Warner Bros. Records. I had also met with Mathu and Zaldy, two visual designers [on] costume, makeup, everything, and we’d come up with my look, which was then elevated from my Soul Train dancer look … to the glamazon that you know today. It’s very studied and precise … and that’s how it came about.

But also, I knew that, commercially, as someone who’s paying attention, that if I wanted to make it mainstream, I would have to be non-threatening to Betty and Joe Beer Can. And what I did was I came up with a recipe, which was one-part Cher, two-parts David Bowie, one-part Diana Ross and two heaping spoonfuls of Dolly Parton.

On why drag queens model themselves after the icons like Cher, Liza Minnelli, Barbra Streisand and Diana Ross

I’ll tell you exactly what it is: It is that they embody both strength and vulnerability. And that is what the child in you, in me and everyone listening remembers, deep in the recesses of your consciousness. … The ability to oscillate between those two emotions, that the strength and the vulnerability is what we are doing on this planet. And that balance, dear listener, is what life is all about. It’s not one or the other. And all of these women that you talked about — Cher and Diana, Barbra — they all exemplify … that vulnerability and strength, that duality.

Heidi Saman and Seth Kelley produced and edited the audio of this interview. Bridget Bentz, Molly Seavy-Nesper and Beth Novey adapted it for the Web.