Ruling against schools-opening order arrives late for Lake County: ‘This train has left the station’ 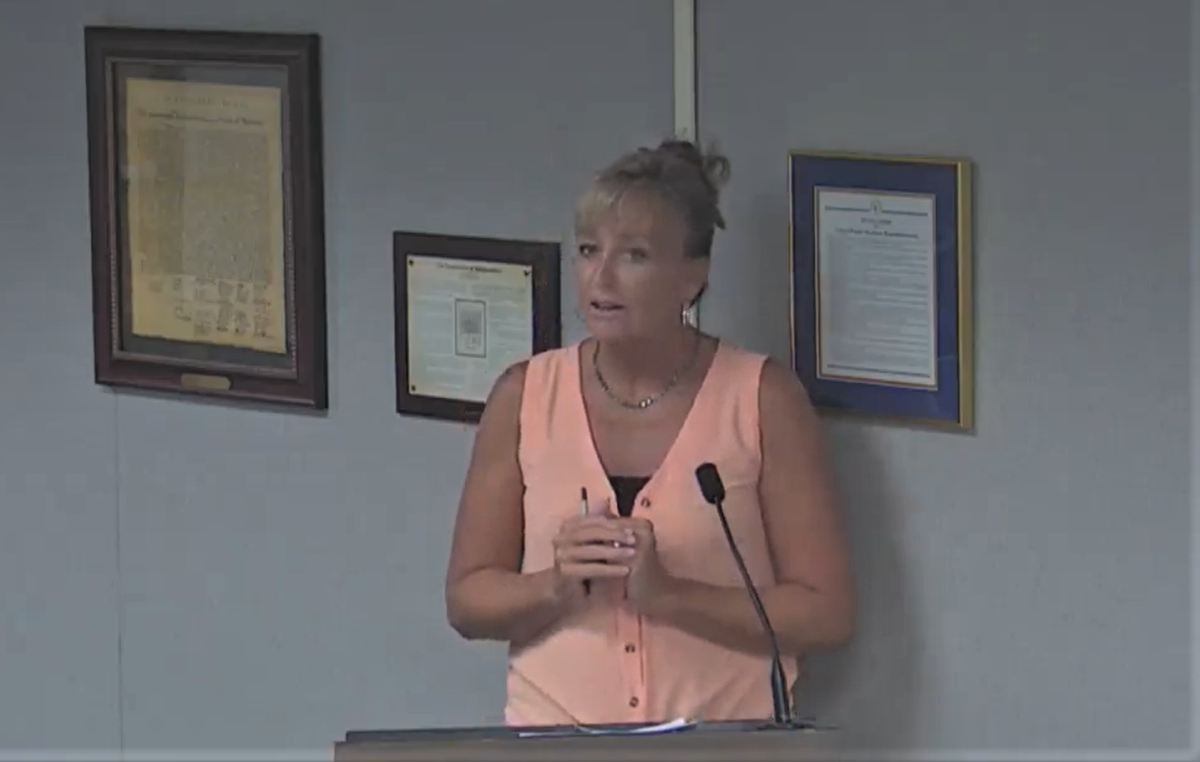 Elementary school teacher Courtney Franklin rushed over after the first day of school to urge the Lake County School Board not to close in-person school after a judge restore their authority to do that. Image: LCPS

A Florida judge blocked a state order that forced schools to open physically in August, but his ruling came too late for the Lake County School Board.

Lake County, like its neighbors in Marion and Sumter, has already complied with the order.

All three counties had a successful first day of school on Monday.

The Lake County board previously asked the governor to restore local control — and the ruling did that. Monday night the board tackled the issue.

Board member Stephanie Luke said, “This train has left the station.”

“I mean, I can’t imagine the breaking newspaper tomorrow reading ‘Lake County decides to close schools at Monday night’s board meeting’ and nobody was even aware to speak about it. I think that would be tragic.”

Board member Bill Mathias said that, with the authority to close, the board can pivot if it has to.

But right now to send a message that we’re even thinking about doing something else would drive social media crazy and emails crazy, which I don’t think is necessary,” he said, “and I don’t think it helps our kids. ”

Marion County, where 70 percent chose in-person learning, had a good first day, though turnout was low.