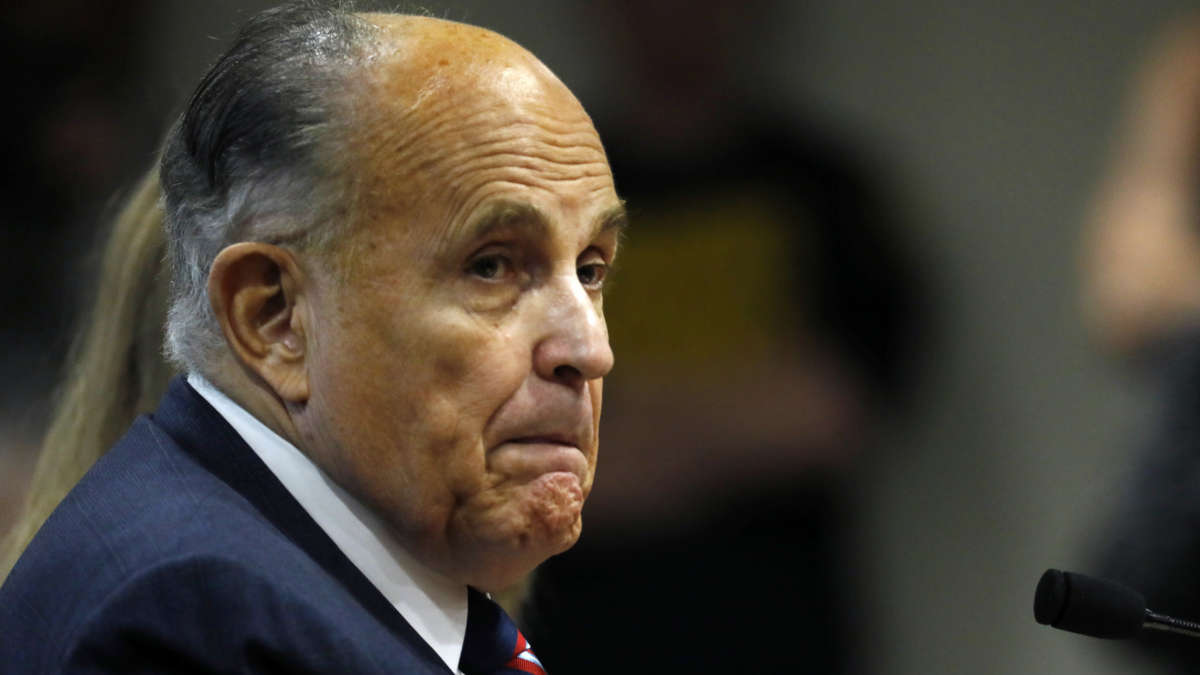 President Trump’s personal attorney, Rudy Giuliani, has tested positive for the coronavirus, according to the president. Trump made the announcement on Twitter on Sunday afternoon.

“.@RudyGiuliani, by far the greatest mayor in the history of NYC, and who has been working tirelessly exposing the most corrupt election (by far!) in the history of the USA, has tested positive for the China Virus,” Trump tweeted. “Get better soon Rudy, we will carry on!!!”

No further details were immediately released, and it’s unclear how the former New York City mayor became infected. Giuliani has spent recent weeks traveling to lead failed legal challenges in an attempt to overturn the results of the 2020 presidential election.

On Wednesday, Giuliani was in Lansing, Mich., where he did not wear a mask while speaking to Michigan lawmakers at a hearing lasting more than four hours. On Thursday, he was in Atlanta, where he talked to Georgia state senators without a mask.

Giuliani is the latest of more than a dozen people in Trump’s orbit who have tested positive since October. Giuliani’s son, Andrew Giuliani, who is a White House staffer, said he tested positive on Nov. 20.