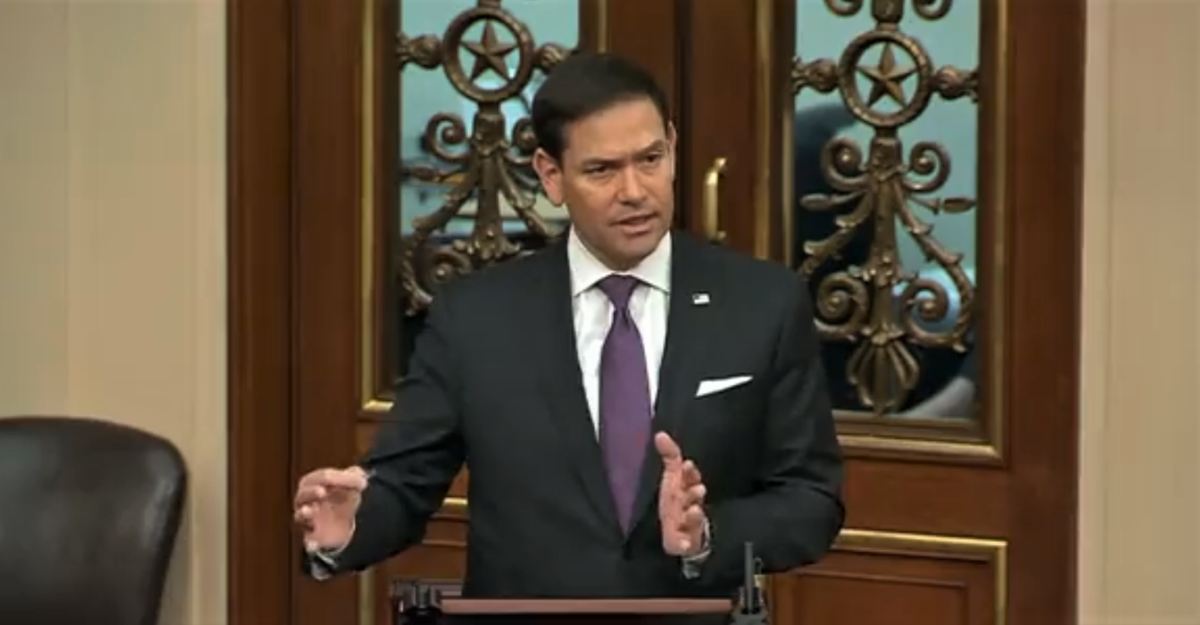 Sen. Marco Rubio, R-Florida, made his case for the Sunshine Protection Act on the Senate floor Tuesday. Image via Twitter

The Senate approved a measure through unanimous consent Tuesday that would make daylight saving time permanent next year.

The bipartisan bill would ensure Americans no longer have to change their clocks twice a year. It still needs to pass the House and win the signature of President Joe Biden to become law.

“I know this is not the most important issue confronting America,” he said after the bill was approved, “but it’s one of those issues where there’s a lot of agreement. And I think a lot of people wonder why it took so long to get here. So my hope is that after we’re done here today, that the House will take it up, the House will pass it and the president will sign it.”

Senators from both sides of the aisle made their case for how making daylight saving time permanent would have positive impacts on public health and the economy and even cut energy consumption.

Many states — including Florida — have already passed bills in support of standardizing daylight saving time.