Rubio: Ukrainian resistance to Russian invasion “reminds you how valuable freedom and liberty is.” 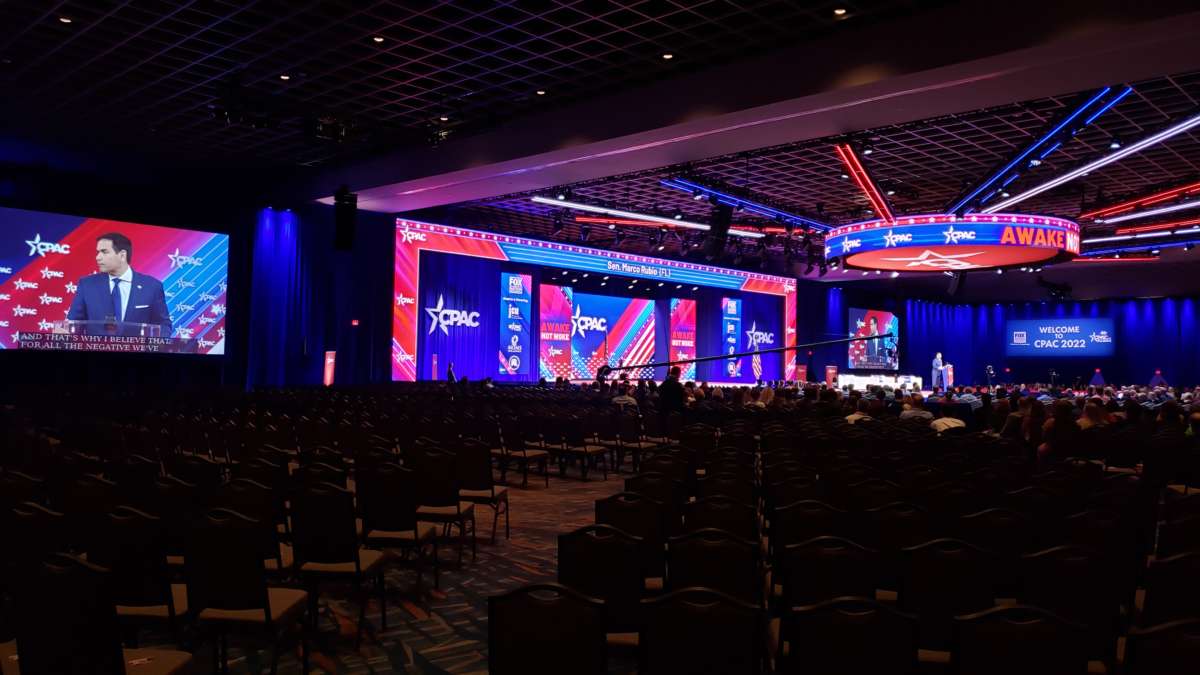 Russia’s invasion of Ukraine got a mention in speeches from Sen. Marco Rubio and others on day two of the Conservative Political Action Conference in Orlando. Speakers at the event focused mainly on culture wars and fighting against COVID-19 vaccine and mask mandates.

Rubio opened his speech to a sparsely filled ballroom at the Rosen Shingle Creek resort by saying he had just talked to the CDC.

“And this is the largest maskless gathering since the superbowl, apparently,” he said.

Rubio talked about his upbringing surrounded by people who moved to Florida from other countries and “know what real tyranny looks like and what real oppression looks like.”

He railed against Marxism, so-called speech codes, and mask mandates. And towards the end of his speech Rubio mentioned the bravery of Ukrainians fighting the Russian invasion.

“It reminds you how valuable freedom and liberty is. These are people that are basically saying ‘we refuse to be Putin’s slaves, we refuse to live under tyrrany and we’re prepared to give our life and die for it.’”

Rubio said freedom and liberty are also being threatened in the US.

“Freedom and liberty are being threatened again. But no-one here’s being asked to die. No-one here is being asked to take up arms to defend it. We’re being asked to win elections. To speak out. To be courageous. To raise our voices. To call it out for what it is.”

Other speakers brought up Ukraine including former WI. Gov. Scott Walker and former US Secretary of State Mike Pompeo.

“We’ve seen a Russian dictator now terrorize the Ukrainian people, because America didn’t demonstrate the resolve that we did for the four years prior,” said Pompeo.