Rubio Says No to Wikileaks, Slams Murphy’s Record In Congress 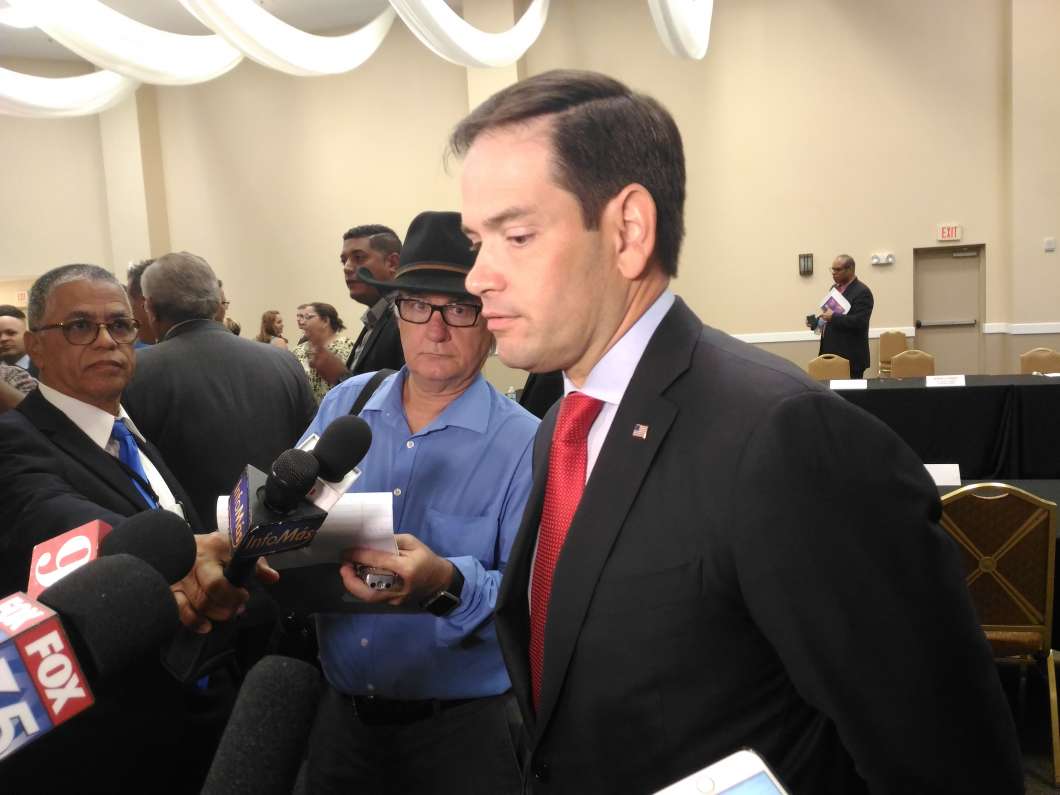 Senator Marco Rubio is warning fellow Republicans not to capitalize politically on Wikileaks.

Rubio said he won’t be criticizing Hillary Clinton about anything based soley on what has been released by Wikileaks.

“This is not a Republican or Democrat issue,” said Rubio,

“This is an America issue, and I think there are plenty of points the secretary can be criticized on outside the stuff on Wikileaks.”

Rubio said the emails hacked from the account of Clinton’s campaign chair are an attempt by foreign government to interfere in the US political process.

A Quinnipiac poll this week shows the race for senate tightening, with Rubio just 2 points ahead of his Democratic Rival US Rep. Patrick Murphy, too close to call.

The Miami Herald- which backed Rubio in 2010- just endorsed Murphy.

But Rubio said his record on getting bills through congress gives him an advantage.

He pointed out bills he’s helped get through like sanctions for Venezuela’s President Maduro, and the Borinqueneer’s congressional gold medal.

“Look at that record of achievement versus someone who hasn’t got a single bill passed, which is the main important job of a legislator. That’s a pretty stark difference, and I think ultimately that’s what’s going to tip the scales for voters.”

Politifact notes that focusing only on the percentage of bills sponsored is “not a sufficient way to rate the effectiveness of a member of Congress.”

Rubio also said he’s been involved in every major issue facing Puerto Ricans, who, he notes, are an important voting bloc in Florida.