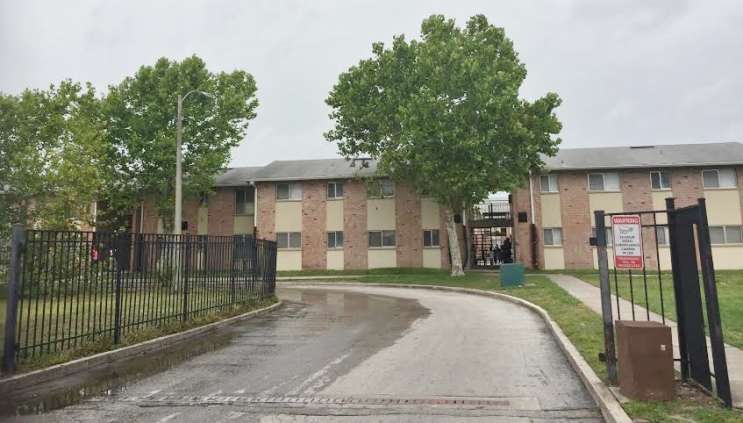 Residents of Windsor Cove Apartment Homes in west Orlando have been complaining of ceiling leaks and mold for more than a year. In that time, the City of Orlando has also fined owner Global Ministries Foundation for more than 30 code violations. But that has not kept the company from receiving public funds from the Department of Housing & Urban Development and a high score in a HUD inspection.

Florida U.S. Senators Bill Nelson and Marco Rubio are leading a bipartisan push that targets the complex and others across the state as evidence of why the Department of Housing & Urban Development should fix its inspection process.

“The floor is wet. The carpet’s soggy. The ceiling. That’s not a condition that is sanitary for American’s to be living in,” said Nelson during a visit on Monday to apartments in the complex.

“Taxpayers are paying so that people can have housing so that they can get their lives and move ahead and the people that own this building aren’t putting the money back in. They’re not maintaining it. And it’s just not acceptable,” said Rubio.

Rubio has been critical of the Tennessee-based company, Global Ministries Foundation, who bought the complex in 2012. It owns more than 50 complexes across the country, many of which Rubio adds are in a similar state.

William Andrews is senior pastor at Mercy Drive Ministries across the street. He works with residents of Windsor Cove Apartment Homes and its management. A lot of change has occurred since Global Ministries Foundation bought the complex, he said.

“Money is being put into it. It might not be put into it as fast as you want it to be put into it, but there’s a constant effort in trying to make improvements,” said Andrews.

He adds that management has replaced railings, stairs, and a gutter system.

“This political attack may once again be more about one individual’s desire for elected office than encouraging additional private capital investment in Florida’s crumbling affordable housing infrastructure,” he wrote.