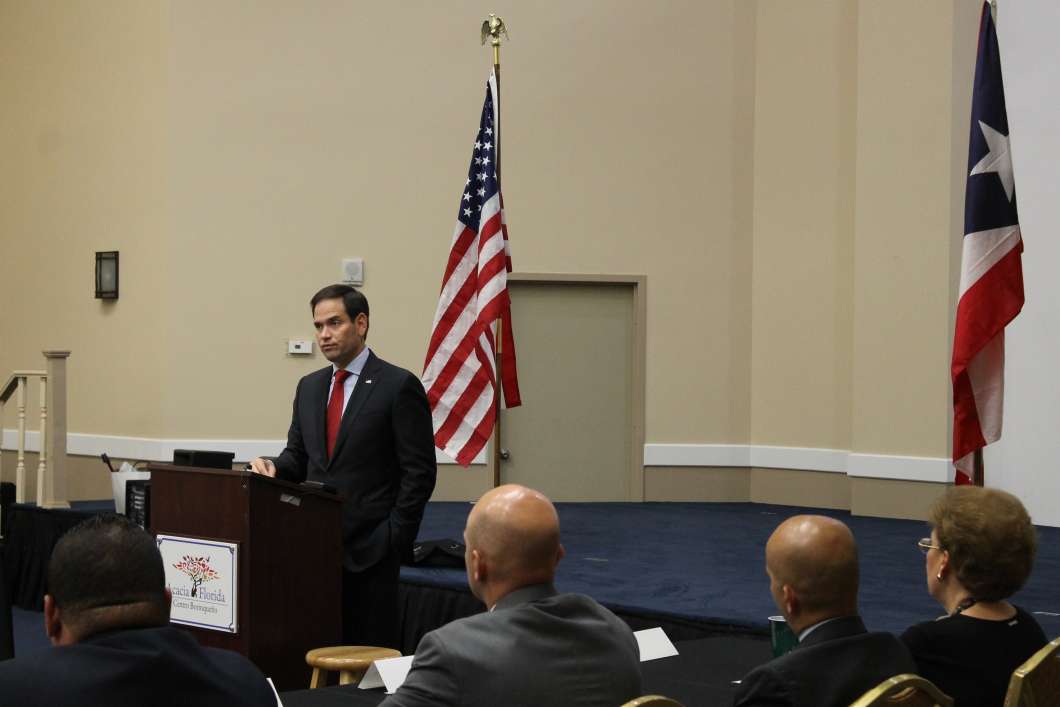 Rubio is part of a congressional task force which is looking at ways to promote economic growth on the debt stricken island.

Round table participant Gina Pérez-Calhoun is an attorney who advocates for veteran owned businesses.

She said one idea that might help is to turn Puerto Rico into a free trade zone.

US military veteran and recent graduate Luis Saldana said Puerto Ricans don’t have enough of a say in the political process.

“You know at least give the Puerto Rican people a vote, a voice,” said Saldana.

“The Puerto Rican people can vote in the primaries but we can’t vote in the general election, which in 2016 I think is pretty shameful.”

Rubio said the recommendations of the congressional task force are due on December 15th.