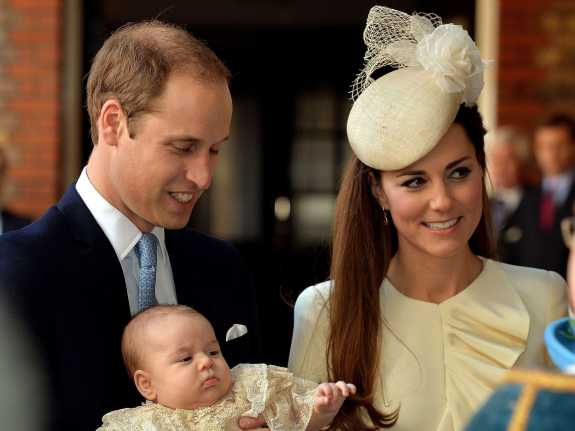 The Duke and Duchess of Cambridge with their first child, Prince George, who was born last July.
Image credit: John Stillwell

The Duke and Duchess of Cambridge are expected their second child.

“Kensington Palace said the Queen and members of both families were delighted with the news.

“The palace said that – as when she was pregnant with Prince George – the duchess was suffering from very acute morning sickness and was being treated by doctors at Kensington Palace.”

The news comes just 14 months after Kate gave birth to Prince George. The newest arrival would be fourth in line for the throne, pushing Prince Harry to the number five position.

The BBC says that the pregnancy is “likely to generate excitement but [is] lacking the constitutional significance of Prince George’s birth.”

The Telegraph says that it also might derail the Duchess of Cambridge’s plan to take her first overseas tour, set for Malta later this month.