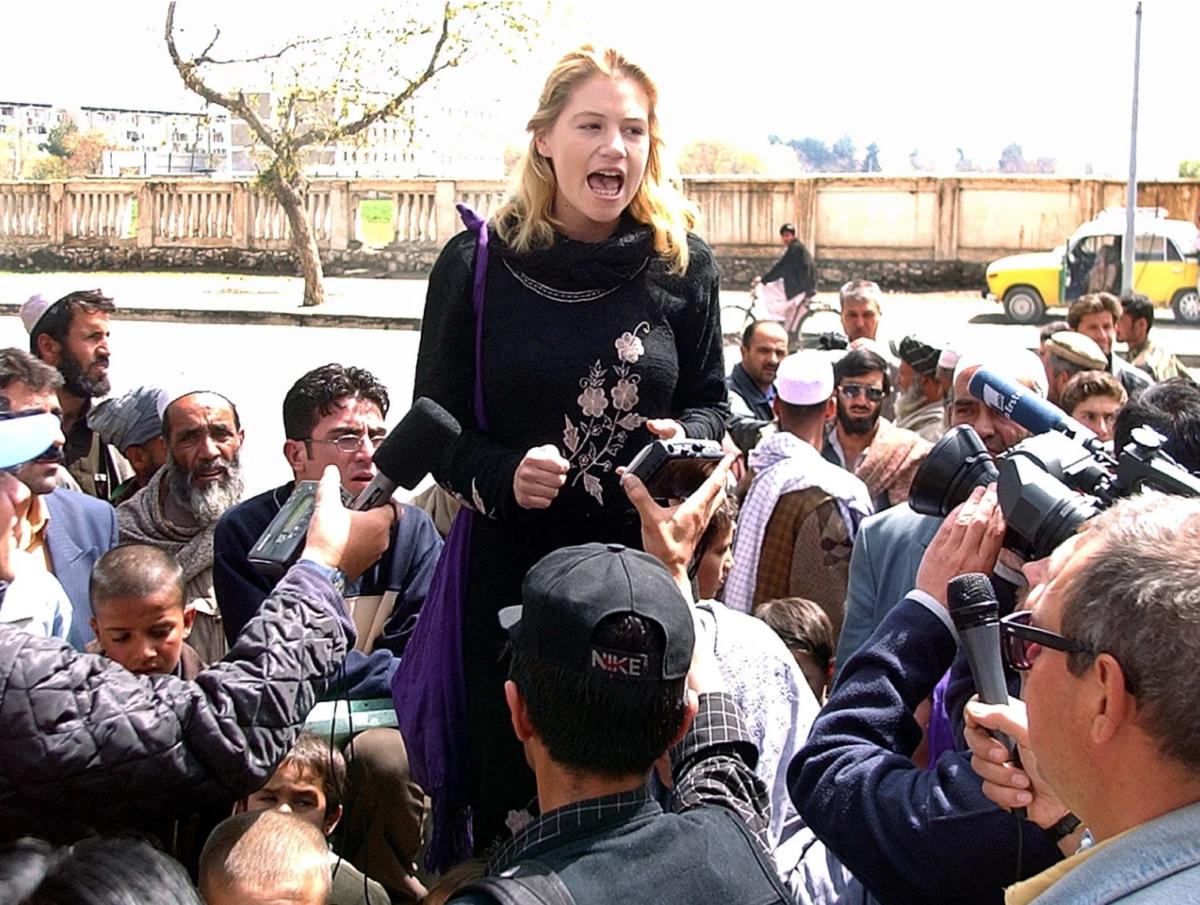 n this April 7, 2002 photo, Marla Ruzicka leads a demonstration calling for U.S. compensation to victims of the recent military campaign in Afghanistan, outside of the U.S. Embassy in Kabul. SUZANNE PLUNKETT/ASSOCIATED PRESS

What do we owe innocent civilians who are killed or injured in war? This is one of the thorniest ethical questions that any military faces, but it was not abstract for anti-war activist Marla Ruzicka.

Marla arrived in Afghanistan soon after 9/11 with the goal of stopping the war by telling the stories of civilian victims. At first, few of the soldiers, diplomats, journalists or aid workers knew what to make of her. Sure, Marla threw great parties, but she was totally out of her depth. Or so it seemed.

This is Part 1 of Marla Ruzicka’s story. You can find Part 2, Marla’s List, here.