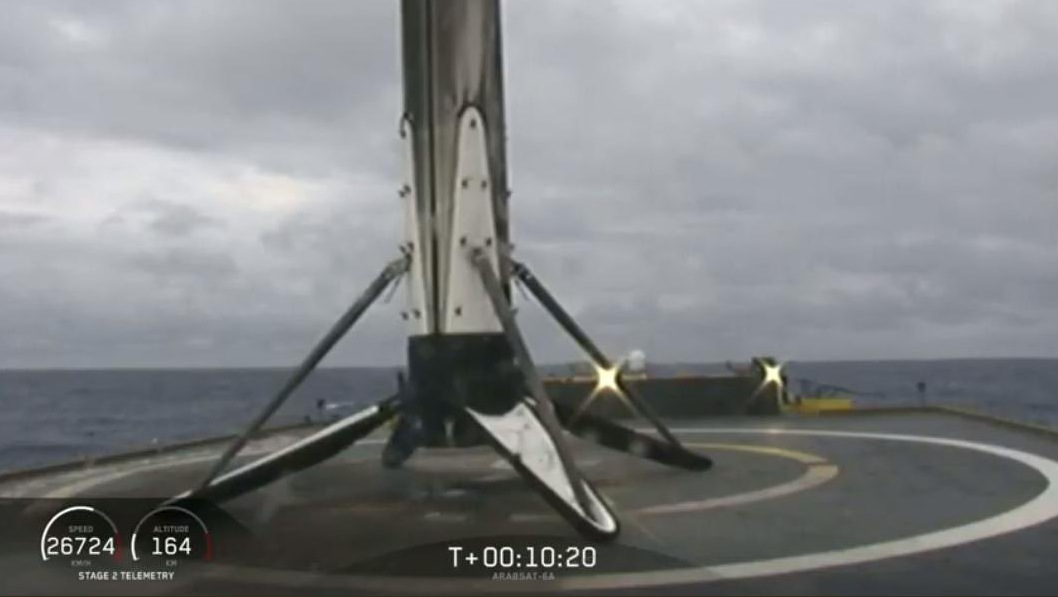 A SpaceX Falcon Heavy booster that landed on a barge at sea is on its way back to Port Canaveral this week but it’s not coming back the way the company planned.

The more than 200-foot-tall booster stuck the landing after launching from Kennedy Space Center last week but rough seas on it’s return trip back home knocked it over.

SpaceX lands some of its boosters on a drone ship positioned in the Atlantic Ocean and refurbishes them for reflight. But due to the rough seas crew workers couldn’t safely secure the booster.

“While we had hoped to bring the booster back intact, the safety of our team always takes precedence,” said SpaceX spokesperson James Gleeson. “We do not expect future missions to be impacted.”

SpaceX founder Elon Musk said the nine engines on the booster appear to be “okay” after the topple.

For previous launches, the company used a robot on the deck of the ship to secure the booster in an upright position. Due to the configuration of this booster, crew workers were unable to stabilize the landed rocket using the robot.

Two other boosters from the launch landed successfully back at Cape Canaveral. The nose cone from the rocket was also salvaged and will launch again later this year.