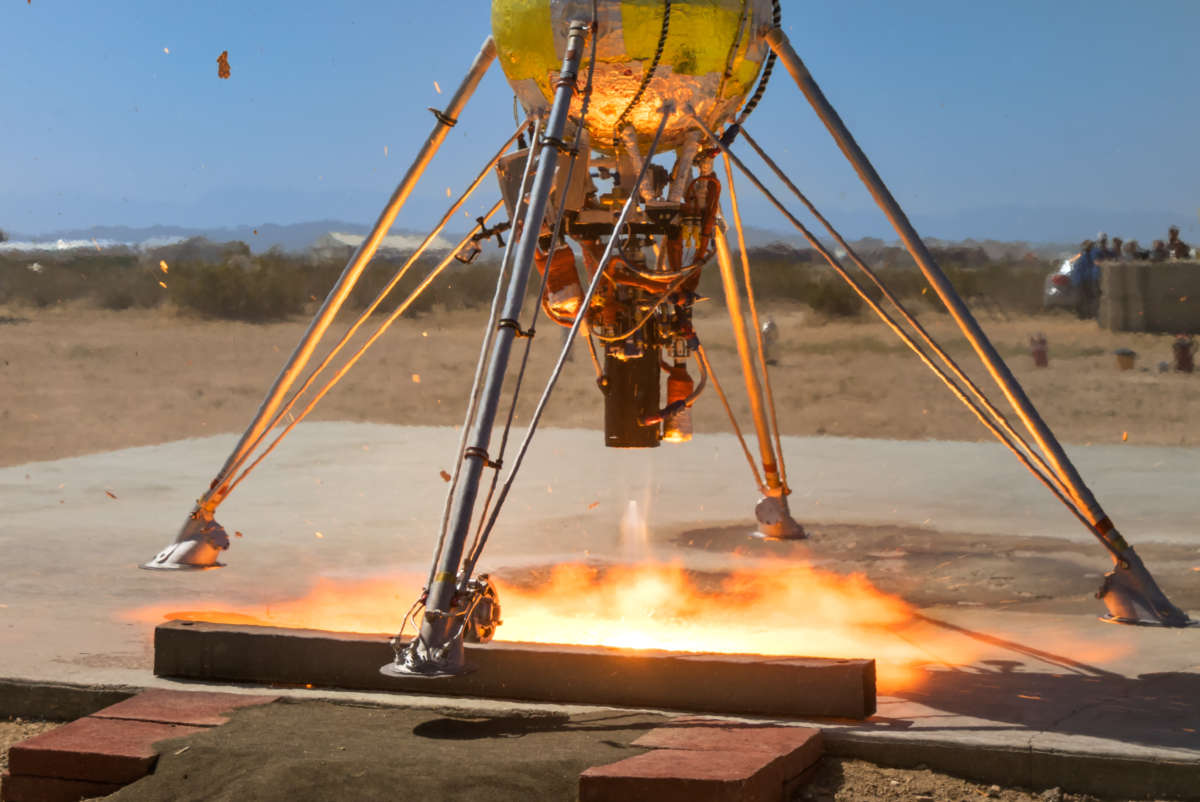 When it comes to how dirt on the moon behaves, scientists are still in the dark. Moon sand, also called regolith, is pretty mysterious — but one team of University of Central Florida scientists want to shed some light on lunar dust clouds…by shooting lasers at it.

Understanding how dust behaves on the moon and other planetary surfaces is critical for future space exploration missions. Exhaust from a spacecraft’s landing engines could kick up razor-sharp moon dust that could damage instruments or obscure the view of landing.

A team led by scientists Addie Dove and Phil Metzger is developing a sensor that can measure how these dust particles interact with rocket exhaust — a study that garnered the interest of NASA.

Metzger and Dove’s Ejecta STORM hardware received funding from NASA — and recently Metzger traveled to the Mojave desert to test it out on a rocket which kicked up simulated dust.

UCF’s Phil Metzger and Addie Dove join us now to talk about the experiment and what they hope to learn about moon dust.