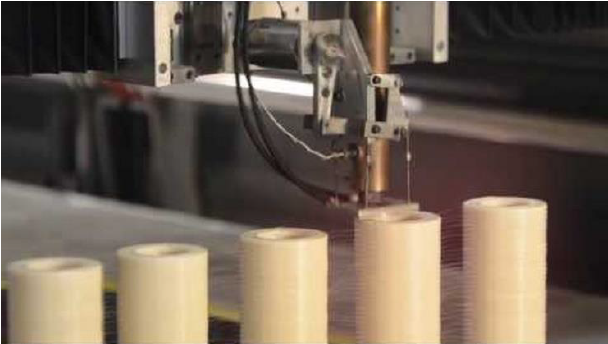 After this month’s SpaceX rocket explosion, one Titusville-based startup wants to create a safer rocket to send satellites to orbit.

In order to send rockets to space, you have to use highly flammable fuels like liquid oxygen and kerosene to create thrust.

But those fuels can be dangerous. Titusville based company, Rocket Crafters, is creating a hybrid rocket that uses nitrous oxide, like the laughing gas at your dentist, and a form of plastic that’s used in LEGO bricks.

Rocket Crafter CEO and former Astronaut Sid Gutierrez says the company’s so-called hybrid rocket places a strong focus on safety. “It has fewer moving parts than a liquid rocket engine and it can be throttled, shutdown and restarted in a way that a solid motor can’t. We believe it has safety advantages over both.”

The solid portion of the rocket is created using 3D printers. Gutierrez says that gives the solid fuel cores a higher quality over other fabrication methods, and the fuel can be created faster.

Gutierrez helped NASA investigate the cause of the Challenger accident in 1986 and was involved in the recertifiaction of the shuttle’s main engines.

Rocket Crafters wants to launch small satellites to orbit by 2018. The startup is in talks with Kennedy Space Center to lease a launch pad on Florida’s Space Coast.