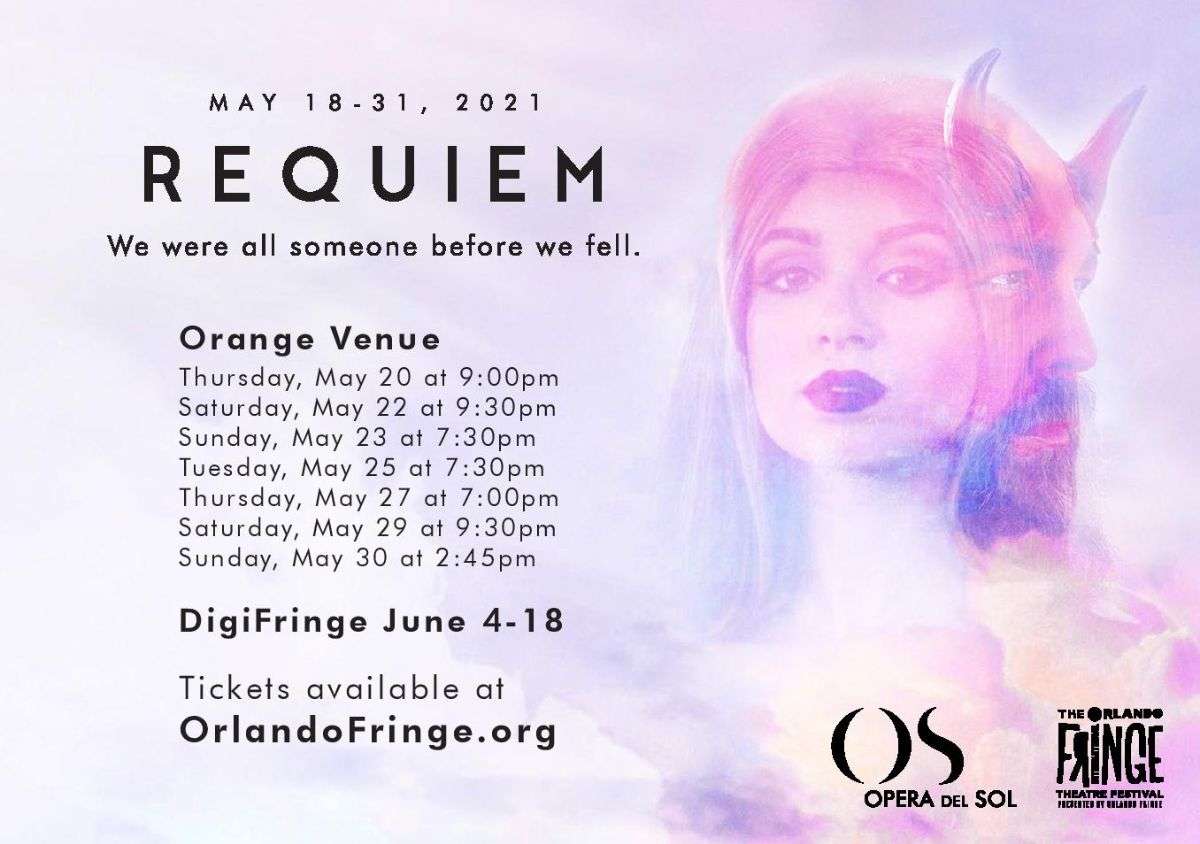 Orlando Fringe Festival returns this year after a pandemic hiatus. One of the works on stage is a new rock-opera, ‘Requiem’, which combines the music of Mozart with tracks by Radiohead, Evanescence and others.

Opera Del Sol’s founder and creative director Nicole Dupré hopes the opera will spark a dialogue around the opioid epidemic. She joins Intersection to talk the inspiration for ‘Requiem.’

She says the opera follows the path of a woman through trauma and opioid addiction.

“We just really wanted to use opera and classical music as a way to create a conversation within the community so that we could talk about addiction. So we could talk about the opioid crisis, and really, you know, realize that it can affect all of us in one way or another.”

Dupré says they’ve partnered up with the Seminole County Sheriff’s Office, Aspire Health and Project Opioid to make resources available at each of the seven performances.

“We will have a mental health and addiction service provider at every single one of our shows. So we hope that if, for some reason you are either triggered by some of the traumas that are very real, you know, when you see this character, you’re going to either see parts of yourself, or maybe somebody that you know, and so we want to make sure that after every single show that you will be able to be to be able to see someone and get resources,” says Dupre.

At five of the shows, Project Opioid will distribute Narcan, a drug that can reverse an opioid overdose.

Dupré says she’s also been speaking out about her own experience of trying to help a loved one battle addiction. She says her ex-husband first overdosed in 2011.

“It was never a more lonely time in my life, because I didn’t know where to go,” says Dupre.

What helped begin the healing for her was music, says Dupré.

“He passed away on July 10, of 2017, [and the] Opera Del Sol launch party was on August 10 of 2017. So in some ways, everything about this organization, and about this incredible team that we have, has really led me to, to be able to say, Hey, this is something that, you know, though I may not be the world’s greatest opera singer, I love music. And I know there are other people out there that could use this, and you know, just to heal their hearts.”

‘Requiem’ debuts on May 20th at the Orlando Fringe Festival.