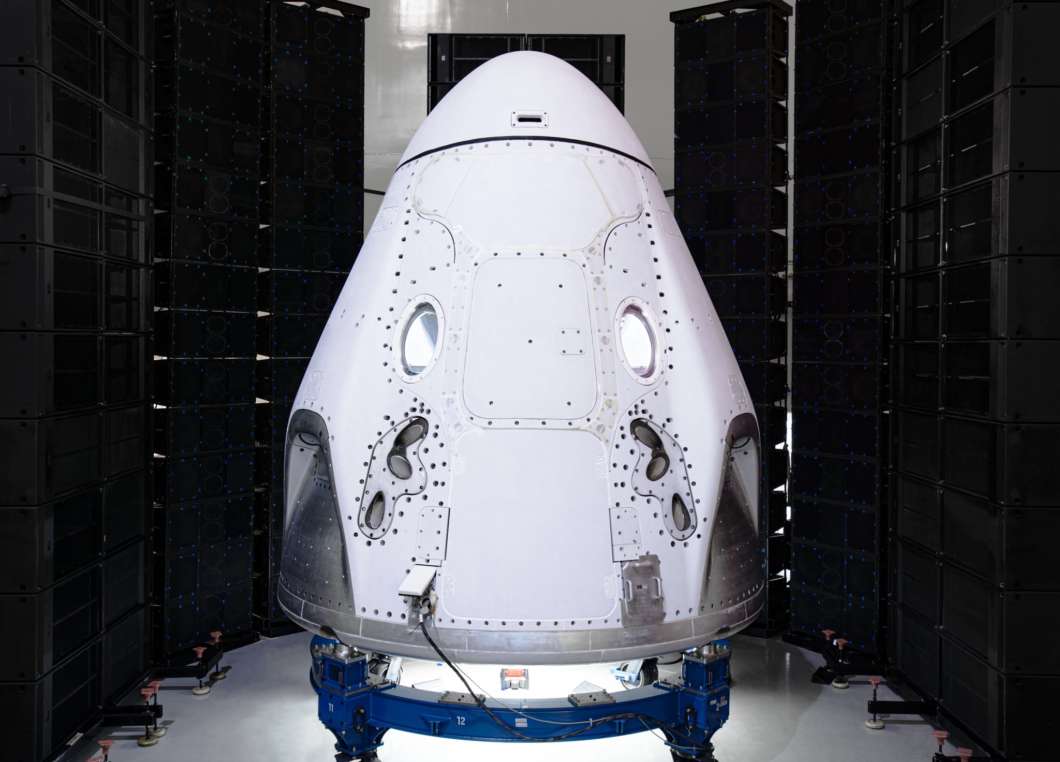 A spacecraft designed to launch humans to the International Space Station completed its latest round of testing — using sound.

Acoustic testing pelts spacecraft with sound waves, simulating the aerodynamic stresses exerted on a spacecraft as it makes its way into space.

The test is part of the final preparations for SpaceX and NASA before launching astronauts Bob Behnkin and Doug Hurley to the ISS.

SpaceX said that launch on a Falcon 9 rocket could happen as early as this spring, ending a nearly decade-long reliance on the Russians for rides to the station.

NASA is working with companies SpaceX and Boeing to ferry astronauts to the station — which will usher in the first launches of humans from the U.S. since the end of the Space Shuttle program in 2011.