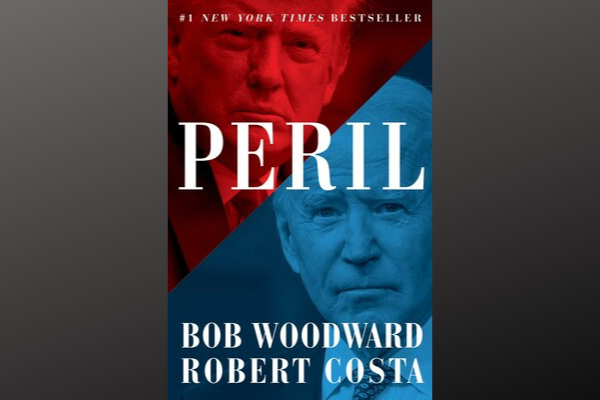 That’s the conclusion of Washington Post reporters Robert Costa and Bob Woodward, who delve into the lead-up to the January 6th insurrection and its aftermath in their new book, Peril.

WMFE’s Nicole Darden Creston spoke with Costa about the fallout from the insurrection, Trump’s legacy, and the state of the Republican party today.

In the days after the insurrection, it seemed as though there might be a split between the Republican Party and President Trump over the attack on the US Capitol. Costa says when House Minority Leader Kevin McCarthy visited Trump at Mar-a-Lago later that month, effectively ended the possibility of that split, he did it for the power of Trump’s voter base.

“The Republicans want to come back, win it back in 2022,” says Costa. “And they want to win it back in 2024. So many of them, including McCarthy, will keep making that trip down to Mar-a-Lago, to New Jersey to his golf club, to New York, to see Trump – to solicit him for donations and political help.”

Costa says Trump is “well positioned” to be the Republican presidential nominee in 2024, but there are others who could be in contention, including Florida Gov. Ron DeSantis.

“You do see in DeSantis someone who has gotten a national profile in every way,” says Costa.

“[He’s] also drawn immense criticism, but he’s gotten a lot of support on the right due to his handling of the pandemic. And that’s made him someone right up there with Vice President Pence, as someone on my list as a reporter…if Trump doesn’t run, you could see DeSantis, Pence and a few others being seen as that top tier.”