Rob Greenfield: Living Off The Land In Orlando 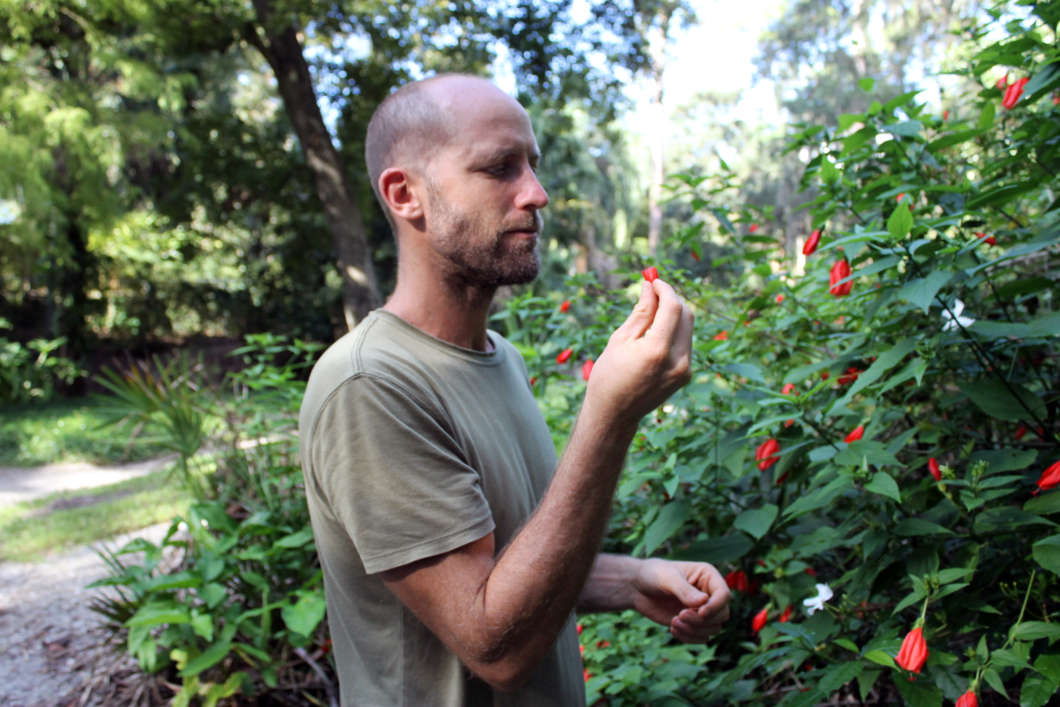 Have you ever wondered what it would be like to ditch the grocery store and live off the land?

Rob Greenfield decided to give it a go, in a year- long experiment to see if he could forage or grow all of the food he would need to survive.

With that year almost up, Intersection’s Matthew Peddie went to meet Greenfield at Dickson Azalea Park in Orlando, where he explained what he’s learned about the food growing right under our noses and overhead.

Greenfield, who’s from Wisconsin, says he picked Orlando mainly because of the climate.

“It’s totally possible to grow a huge amount of food in almost every climate, but myself, when I decided to embark on this year long project, I had very little gardening experience. So I wanted to choose an area where I felt like I was most likely to be successful. And the climate here is great.”

“I met people from Orlando permaculture, fleet farming, the Florida School of holistic living, and I just found a huge network of permaculturists and food growers. So I knew that this was the right place to be,” he says.

“There’s someone named Green Dean, who does edible weed walks and I went out with him and learned dozens of edible plants by going out with him and other foragers. So then, you know, I wouldn’t be able to be standing here today if it wasn’t for all the knowledge from the people that have been doing this for a long time before me.”

Greenfield points out fruits and vegetables that he’s harvested from Dickson Azalea park during his year in Orlando. Some of them are things you would find in the grocery store, like bananas or grapefruit. Others may not be as familiar: hibiscus flowers, a plant called wood sorrel, and Biden’s alba: a plant with white and yellow flowers which homeowners often see as a nuisance.

“This right here is kind of one of my favorite spots in Orlando,” says Greenfield, pausing under a mulberry tree.

He says about six months ago he came here with a net to try and catch a rooster, when he was “very much in need of some protein.”

“But that rooster was fast. I talked to the people in this neighborhood and they said it had been in this park for over a year. So I at that point, I considered that thing basically “re-wilded” and considered that foraging, but it got the best of me. And I don’t know where it is now because the last few times I’ve been back, it’s it’s not around anymore.”

Greenfield says he hopes his time living off the land will inspire others to make small changes in their lives.

“It could be, you know, buying less packaged, processed foods that leave behind, you know, millions of pounds of trash for future generations. It could be trying to source organic foods that don’t pollute our waterways that, you know, we’re so dependent upon here in Florida. So that’s the hope, really that people adapt small changes that add up over time to, you know, be to make a meaningful difference.”