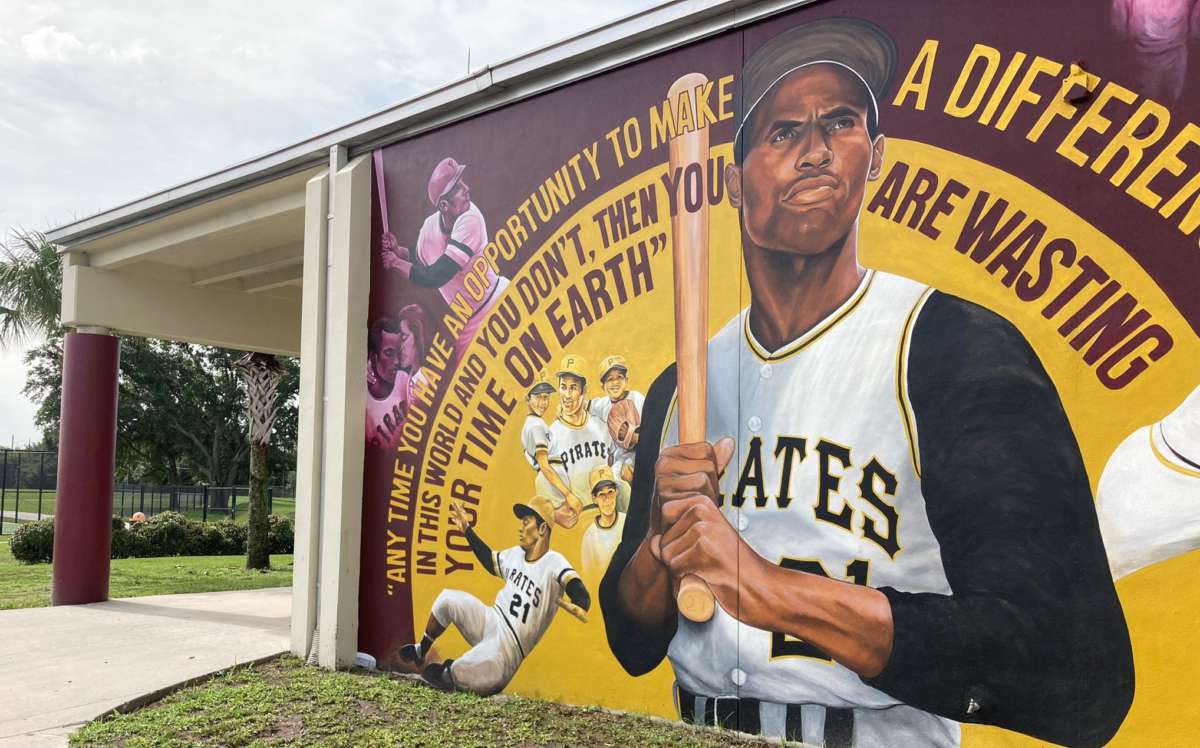 The road and the middle school were originally named after the Confederate General Thomas “Stonewall” Jackson.

But after community members petitioned local officials, both have been renamed to honor Puerto Rican baseball hall of famer Roberto Clemente.

Mayor Buddy Dyer says names are important because of the messages they send to Orlando residents and guests about inclusion.

“It’s a very significant day in the City of Orlando to replace a name that stood for something that is not Orlando with somebody who was a humanitarian and a hero to so many. And also to recognize our Latino population.”

Dyer says the impact of this name change will be felt beginning with the schoolchildren who walk and bike past the sign every day.

“We want to be the community that embraces diversity and inclusion, and this is another step in that direction.”

A new Roberto Clemente mural was unveiled at the school in March this year.

Along with playing baseball, Clemente was a humanitarian. He died in a plane crash in 1972, on his way to deliver supplies to Nicaragua after an earthquake there.