Rivalry In Sports, Collaboration In Music: A Conversation With The Jacobsen Brothers 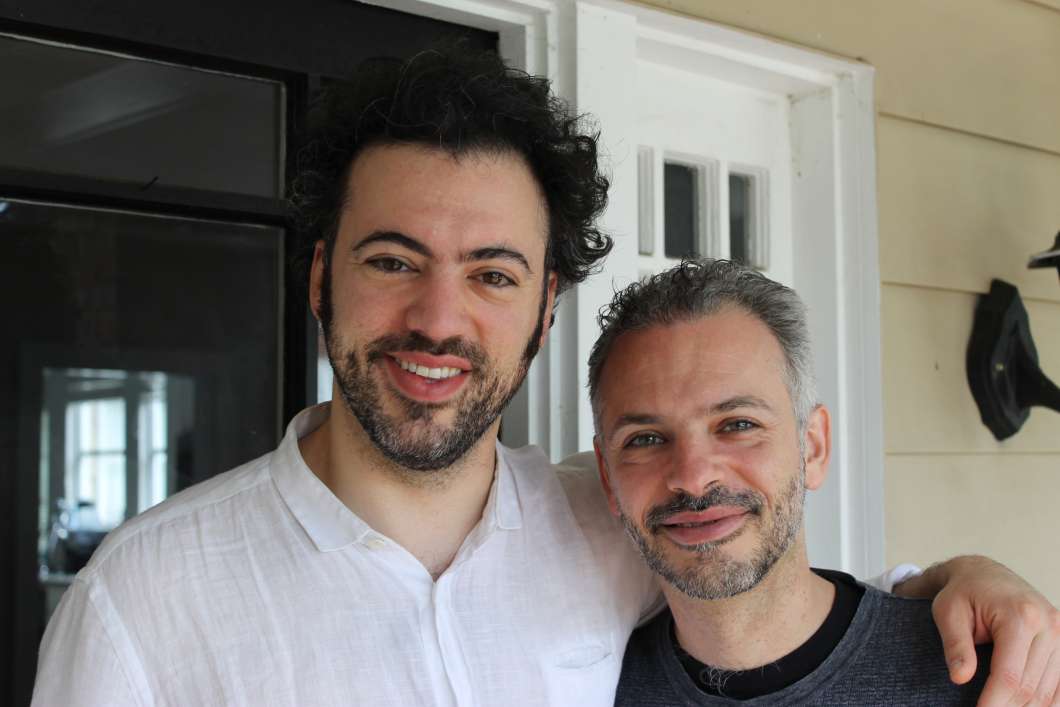 The Jacobsen brothers joined Intersection for a conversation about performing together, working with Yo-Yo Ma and their rivalry across the ping pong table.

Colin Jacobsen said Brahms wrote the concerto for his friend, Hungarian violinist and composer Joseph Joachim, at a time when there was a flood of Hungarian refugees in Hamburg.

“Somewhat of a similar parallel to today, where you have Syrian refugees and from many other countries, flooding Europe,” says Colin.

“Perhaps there’s an opportunity where we only see devastation and the incredible troubles that those refugees have today, but I hope that maybe out of that, instead of a clash of civilizations we’ll have beautiful music being created because of that meeting of civilizations, and so we’re waiting for the Brahms of europe to do that today.”

Growing up, the Jacobsens would play ping pong on breaks from practising their instruments.

“There would be some frustrations from Eric and so there was a sacrificial paddle, that wasn’t used to hit the ball, it was used to throw. And we worked out a system where instead of him actually throwing it at me, he would say ‘I’m getting the paddle,’ and then I would just duck,” says Colin.

The brothers still play ping pong- and tennis- when they’re not performing.

“I really should at this point to be able to beat my brother,” says Eric.

“But I can’t. I think it’s part physical, like the act of playing ping pong, and I think it’s part Martian messaging, ESP that he’s sending me to have this older brother power over me, and why I make those mistakes at crucial moments!”

“I think one of the most beautiful things for me about going to a concert, not performing, but going to see a concert is the ability to both absorb the music as a human, as an individual, but also to shut down for a certain amount of time,” says Eric.

“And I don’t mean to say, well music makes me go to sleep, that’s not what I mean. Maybe it makes you think harder than you’ve thought in 30 days because it’s your first two hour session that you haven’t had a phone in front of you.”