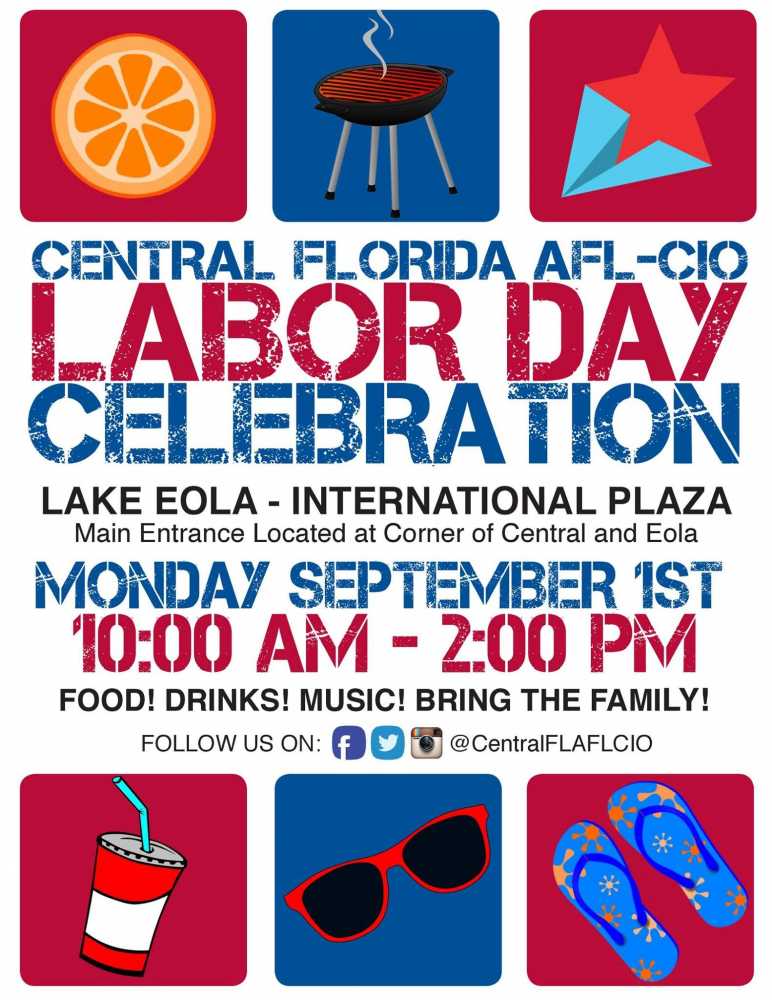 It’s Labor Day, and both unions – and right to work advocates – are marking the holiday.

The U.S. Department of Labor says this holiday is “dedicated to the social and economic achievements of American workers.” Labor Day honors all employees, but its union roots show up in events like the Central Florida AFL-CIO picnic today at Lake Eola Park.

Jeremy Cruz-Haicken is president of a union supporting local hospitality workers. He says Labor Day is a time to celebrate reforms. But, he adds, it’s also a day to remember that some full-time workers in Central Florida make so little money – they’re homeless.  “It’s a time to look back and say we’ve done some good things, but we’ve got a long way to go to make the quality of life better here,” he says.

National Right to Work President Mark Mix points out that most people who work – aren’t in unions.  “We think we ought to honor those American working men and women as well on Labor Day, and Right to Work is one way we do that – by allowing them to choose whether or not they want to financially support a labor union as a condition of getting or keeping a job.”

Florida is a Right to Work state. Unions are allowed here, but participating in them cannot be mandatory.

The Bureau of Labor Statics indicates non-union workers comprise 65 percent of public employees and 93 percent of the private sector.