Riding A Dragon: Astronauts Recount Ride Back To Earth 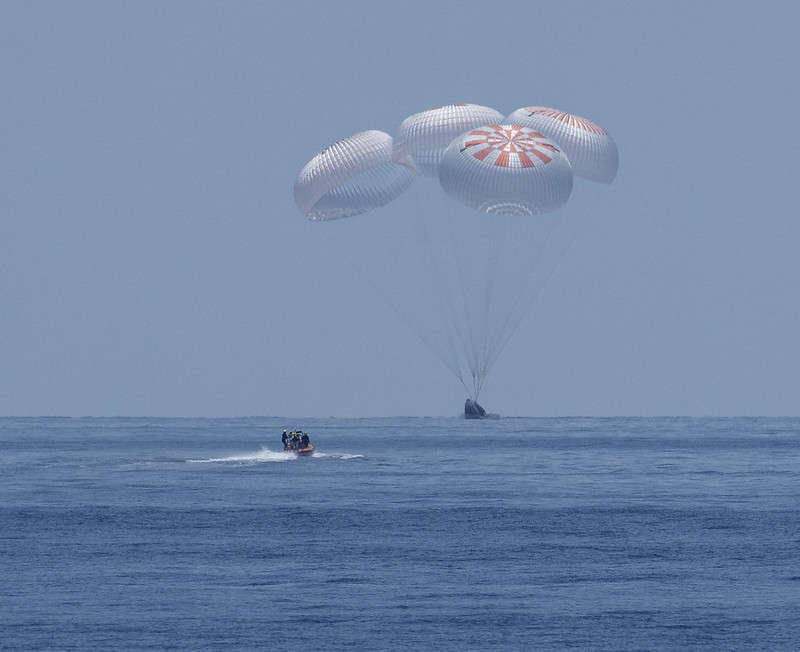 NASA astronauts said coming back to Earth in SpaceX’s Crew Dragon capsule felt like the vehicle was an animal, coming alive.

Astronaut Bob Behnken described the reentry Sunday into Earth’s atmosphere before a successful splashdown in the Gulf of Mexico.

“It doesn’t sound like a machine,” said astronaut Bob Behnken of the reentry Sunday into Earth’s atmosphere before a successful splashdown in the Gulf of Mexico. “It sounds like an animal coming through the atmosphere with all that all the puffs that are happening from the thrusters and the atmospheric noise that just continues to gain magnitude as you descend down through the atmosphere.”

Most of the ride, said Behnken, was quite smooth but slowing down in Earth’s atmosphere was a bit of a jolt. “All the separation events from the trunk separation through the parachute firings were very much like getting hit in the back of the chair with a baseball bat, you know, just a crack.”

Behnken and his crewmate Doug Hurley applauded SpaceX for designing such a robust vehicle. The duo said their training on the ground, which included in-capsule audio from a previous uncrewed mission, was almost identical to the actual flight.

“Honestly from start to finish all the way there was really no surprises,” said Hurley.  “My compliments to SpaceX and the Commercial Crew Program. The vehicle performed exactly how it was supposed to.”

The mission marks the final test in certifying SpaceX’s vehicle for NASA’s Commercial Crew program. The company plans to launch 4 more astronauts to the station later this year.