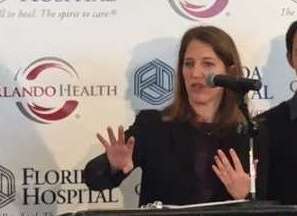 Florida Governor Rick Scott will tomorrow meet with the head of Health and Human Services. The meeting comes at a critical time for Florida’s budget.

The meeting will center on whether the federal government will continue the Low Income Pool, or LIP. The $2.2 billion fund mostly pays hospitals for care for the uninsured.

The fund expires July 1, and is one reason why Florida’s Legislature failed to pass a budget. In a statement, Governor Rick Scott says he hopes they will reconsider funding LIP, saying the information is critical for lawmakers to craft a budget during a special session.

The meeting comes on the heels of a lawsuit Scott filed, saying the federal government’s end to the so-called LIP fund is forcing Florida to expand Medicaid. Both Kansas and Texas have announced they would file friend of the court briefs in Florida’s case.