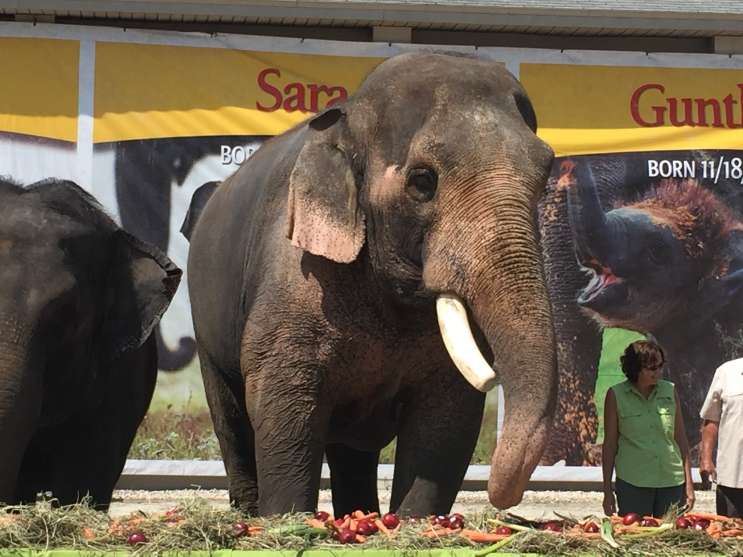 Friday was a homecoming for the last 11 Ringling Brothers’ elephants retiring from the circus. The female pachyderms are now at their retirement home – Ringling’s Center for Elephant Conservation in Polk City.

A line of massive elephants was treated to an equally massive brunch of loaves of bread, carrots, lettuce, apples and celery. Assistant Animal Superintendent Ryan Henning presented the elephants to the media in true circus form.

“This transition was indeed bittersweet. It was bitter in the sense that after 145 years of having elephants on our traveling circus units the era has come to an end. But it’s sweet in the sense that at the end of the day it’s about the captivation of our beautiful Asian elephants, it’s about the conservation of our beautiful Asian elephants and ensuring that these magnificent creatures will be around for many, many generations to come,” announced Henning.

Animal activists condemn Ringling for chaining the elephants overnight on concrete and would rather the creatures go to accredited sanctuaries where they could roam free. PETA says elephants in captivity are more prone to tuberculosis, arthritis and herpes.

A juvenile elephant named Mike died in January from a strain of herpes virus.