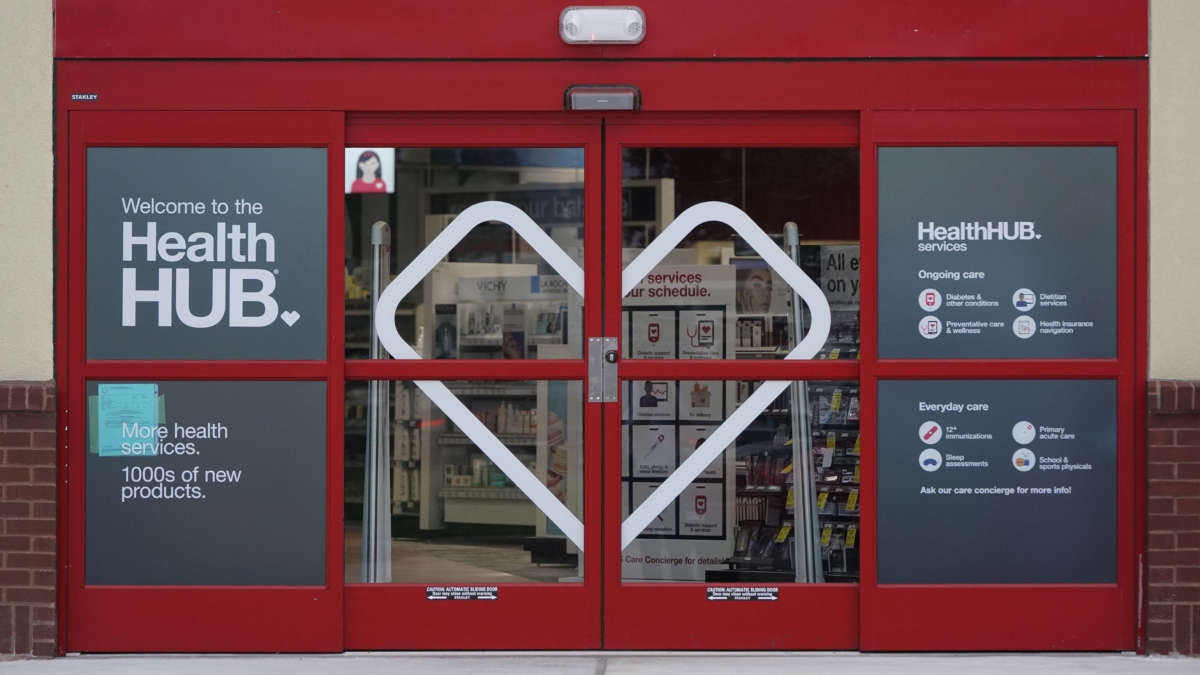 CVS is adding mental health counseling to the services offered at about a dozen of its stores with "HealthHubs" in Florida, Pennsylvania and Texas.
Image credit: David J. Phillip

Barber shop owner Angela Miller always hears about clients’ family dysfunctions and financial struggles, but that’s especially been the case during the pandemic.

“You hear everything,” she says. Lost jobs. Lost family. She says she can very much relate.

“My business had to shut down for about four months and I wasn’t really financially prepared for that,” says Miller, who says she normally pays bills ahead of time.

Her entire family caught COVID-19 early in the pandemic, and Miller, a 50-year-old single mom living in Philadelphia, almost died. Being socially isolated also stirred up past childhood trauma, she says. So earlier this year, she finally sought help.

But the first therapist she contacted didn’t return her call for a month, only to tell her the next available appointment would take another month.

“And I said, ‘You need to change your practice because for somebody reaching out, they could be suicidal,'” she says.

Eventually, Miller connected with a therapist in an unorthodox place: her local CVS.

The company is leading the way in trying to fill gaps in access to mental health by piloting a counseling service in some of its retail stores. And by negotiating with insurance companies to cover visits, it’s also trying to reduce the cost of mental health care.

These gaps have been made worse by the pandemic: Therapists are overbooked — assuming a community even has one. Many do not accept insurance, so consumers must pay $150 to $250 out of pocket for every visit.

So far, CVS’ pilot program, which launched in January, operates in a dozen stores in Houston, Tampa and Philadelphia, with plans to expand to a total of 34 this year. It’s targeting diverse communities where mental health care isn’t readily available, like Jenkinstown, just north of Philadelphia where Miller’s barber shop is located.

The program is an extension of CVS’ HealthHubs, which exist in 650 of its nearly 10,000 stores, offering urgent care and wellness products, like sleep apnea machines. The idea is to create a place where consumers can get eye exams, diabetes screenings, vaccinations, as well as mental health treatment, where they already buy their prescriptions.

The idea of offering therapy in a retail store is new. In addition to CVS, Walmart Health recently opened 20 in-store health centers around the country, based on a similar model, to provide counseling as well as diagnostic and primary care.

This new model might lower a barrier to care for some by bringing the service closer to home, although that’s not the biggest hurdle for most consumers, says Vaile Wright, senior director of health innovation for the American Psychological Association.

“The No. 1 issue, over and over and over again in the research, is cost,” Wright says. If CVS cannot sufficiently reduce out-of-pocket costs for enough consumers, she says, “it’s not going to bridge the gap as much we would like.”

On the other hand, the pandemic has tripled or quadrupled the number of people struggling with symptoms of depression or anxiety.

The sheer volume of people struggling is forcing insurers to recognize the huge unmet patient need, says Rachel Garfield, co-director of the Kaiser Family Foundation’s Program on Medicaid and the Uninsured.

“It is approaching a crisis situation, and I think that that is leading a lot of people, including some payors, to stand up and take notice,” including CVS, which has clout in the insurance industry through its purchase of Aetna in late 2018, she says.

CVS is covering the cost of care for Aetna-insured patients and has negotiated similar deals with a growing list of other insurers to reduce the cost for patients.

That saves a lot of money for patients, but CVS hopes offering behavioral health care will save it money, too.

CVS and Aetna internal data show similar findings, so it makes sense for both the consumer and health care providers to make it simpler and easier for patients to access mental health services, says Jeff Cook, a vice president of CVS HealthHubs.

“You’re not going to be able to reduce emergency visits if you can’t address some of the other problems that they have around mental health,” Cook says. “You’ve got to be able to address both sides. And as an industry, we haven’t done a very good job of being able to tie those two together.”

Eve Townsend, a licensed social worker and therapist at the Jenkinstown CVS, says she hopes offering in-store care will help reach more people in her community, like Miller. Every other therapist she knows, Townsend says, is already swamped with patients.

Her CVS patients can talk to her over video, or in an upholstered chair in her office, which sits inside CVS’ urgent care clinic, next to the nurse practitioner, and adjacent to the pharmacy. This proximity to everything works well, she says.

“To be able to say I can refer you within this clinic with a nurse practitioner or you can get your medication in the same place where you’re getting your mental health services — it’s like a one-stop shop,” Townsend says.

She sits 10 feet away from nurse practitioner Felicia Anyanwu, who often refers patients to Townsend.

“If it’s something that could be treated at this level, that has, in effect, decreased the cost for the insurance carrier as well as the patient,” Anyanwu says.

That has been the case for Angela Miller, whose insurance covers her therapy at CVS, which she’s been attending nearly every week for the past month. She says her outlook on life is brighter, and she’s already referred five friends to CVS’ therapy services.

“‘Hey, I’m in counseling now,'” she tells friends and clients, “‘and I’ve been feeling better about this situation.'”