‘Reservation Dogs’ Is A Game Changer For Indigenous Representation On TV 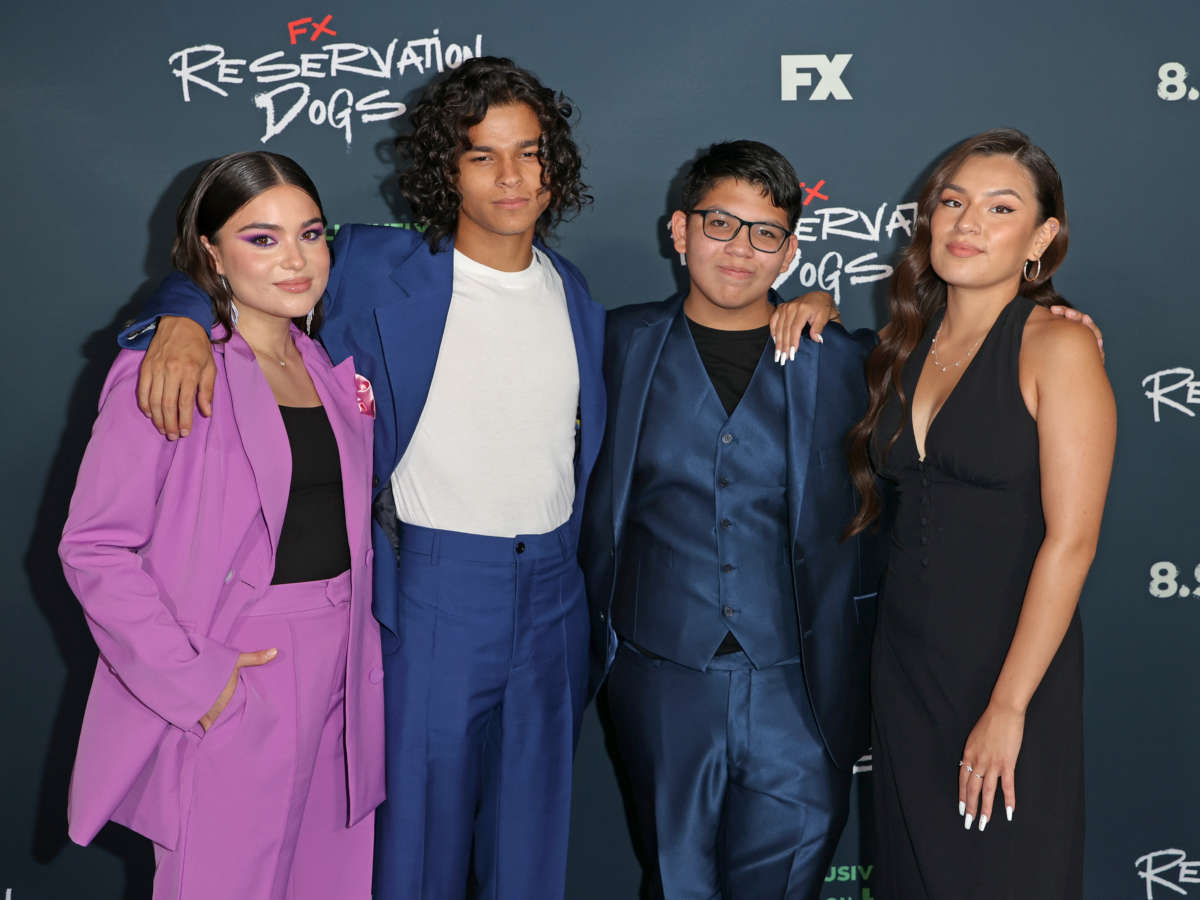 If you’re looking for a comedy TV series that portrays Indigenous people without stereotype, created by Indigenous writers and actors and filmed on a reservation — we’d normally say, good luck finding that.

But a new comedy on FX, Reservation Dogs, changes everything.

The show follows a group of Indigenous kids living on a reservation in Oklahoma, and they’re desperate to get out. And it’s groundbreaking in that it was directed, written and stars Indigenous people.

Vincent Schilling, an associate editor at Indian Country Today and a Rotten Tomatoes critic, said he was pretty nervous to watch the show at first.

“I went into this show going, “Hmmmmm,’ raising my eyebrows a little bit. But then I watched it — and this whole world opened up for me,” he told NPR’s Morning Edition.

The fact that the show was filmed on a reservation was new — and significant.

“It’s so authentic to me,” Schilling said, “You’d never know it was a big production. It’s as if they walked out there, threw a camera on a tripod, and said, ‘Go.'”

Reservation Dogs was created by Sterlin Harjo, who, Schilling says, essentially made the show as a tribute to his own life. Harjo grew up in Oklahoma and the risks he took making the show help flip the script on how Native people have long been siloed and stereotyped in film.

“In this show, he’s throwing up a giant middle finger, saying ‘Take it or leave it. And if you don’t like it, too damn bad.'” Schilling said.