Research Supports Proposed Reservoir As Farmers Fear For Their Livelihoods 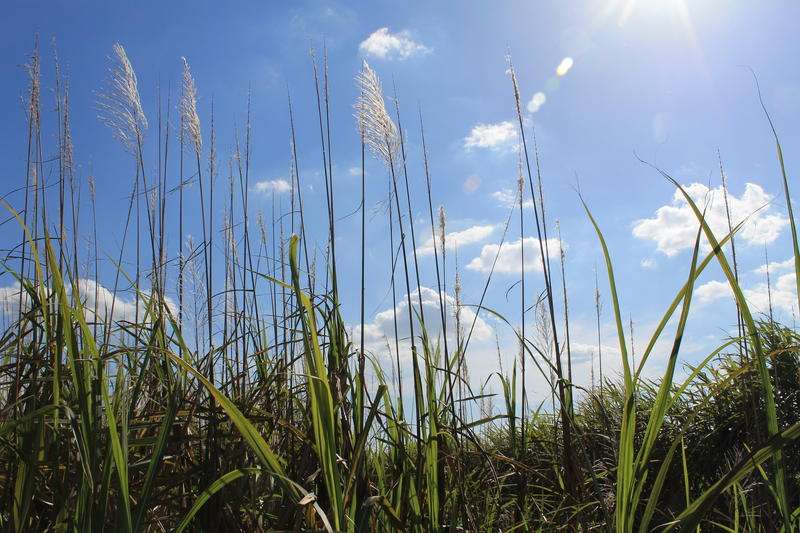 Karson Turner reaches into a grassy row of sugar cane. He grips a stalk, jointed like bamboo, and breaks it, revealing the sweetness inside.

“This will go into the mill, which you can just about see if you take about 20 steps backward you can see the smokestacks. And those get grinded, that raw sucrose that gets pushed out becomes the basis of table sugar that you and I consume all the time,” says Turner.

The cane field stretches to the horizon, where the world’s largest sugar mill billows smoke. The mill serves as the heart of U.S. Sugar Corporation. Turner has lived among these fields nearly all of his life. He is a Hendry County commissioner.

“When I look at these cane fields I think of the actual families, the people that I grew up with, their children and grandchildren and what they’ve built these farms on with sweat equity.”

At the heart of bitter debate over central and south Florida’s water are 60,000 acres of farmland south of Lake Okeechobee.

Senate President Joe Negron and environmental groups want the land for Everglades restoration. The region’s farmers see that as a threat to their way of life.

“We’re not on track. We’re off track. What we’re doing is not working. I’m not going to continue doing things and not taking additional steps when the current status quo is resulting in things getting worse and worse.”

He wants the land for a $2.4 billion reservoir aimed at restoring a more natural flow of water south in the Everglades.

The Everglades is a watershed spanning central and south Florida and that supports the drinking water of more than a third of Floridians. Lake Okeechobee sits in the heart of it.

Water laps at the lock and dam looming over the St. Lucie Canal on Lake Okeechobee’s eastern shore.

“All this water was green, and if you walk over to the edge of the thing you can see these four big bays and they have the big doors. It’s a dam essentially,” says Audubon of Florida scientist Paul Gray. He eyes the dam, the largest on the lake.

“And they open those doors, and the water just goes flying out of here. And it goes straight down the canal. And the estuary is only 30 miles away so it’s a pretty straight shot.”

Here is where more than 200 billion gallons gushed last year toward the St. Lucie River and Indian River Lagoon. That’s what produced the toxic blooms.

“This structure is just the source of so much controversy because it opens the way for the water to go where it’s not wanted and where it’s very harmful,” Gray says.

Since 2000 a reservoir south of the state’s largest lake has been among the projects included in a $17 billion environmental restoration of the Everglades. The restoration is the world’s largest of its kind. But planning on the reservoir is not scheduled to begin until 2021.

Negron wants to speed that up, and new research shows the Everglades don’t have time to waste. It suggests the river of grass historically was much wetter than previously thought and calls for more water storage throughout the Lake Okeechobee and Everglades regions.

“This is the future of our water in Florida,” Gray says. “And this water management system I mentioned was designed in 1949, and it was built between 1950 and 1970. So it took them about 20 years, and it cost a lot of money back then and it hasn’t been upgraded since then. So we’re essentially living with a water management system that has not been upgraded since 1949.”

Back in Clewiston, Karson Turner says farmers are fearful. Some families have raised crops here for generations. Florida produces half of the nation’s domestic supply of sugar cane.

“Agriculture in general is under assault in the United States of America, and we’re just on the front lines down here as it relates to our sugar industry.”

Senate President Joe Negron plans on making the issue a priority of the legislative session.