Rescued Seahorse Released Into The Wild In Florida 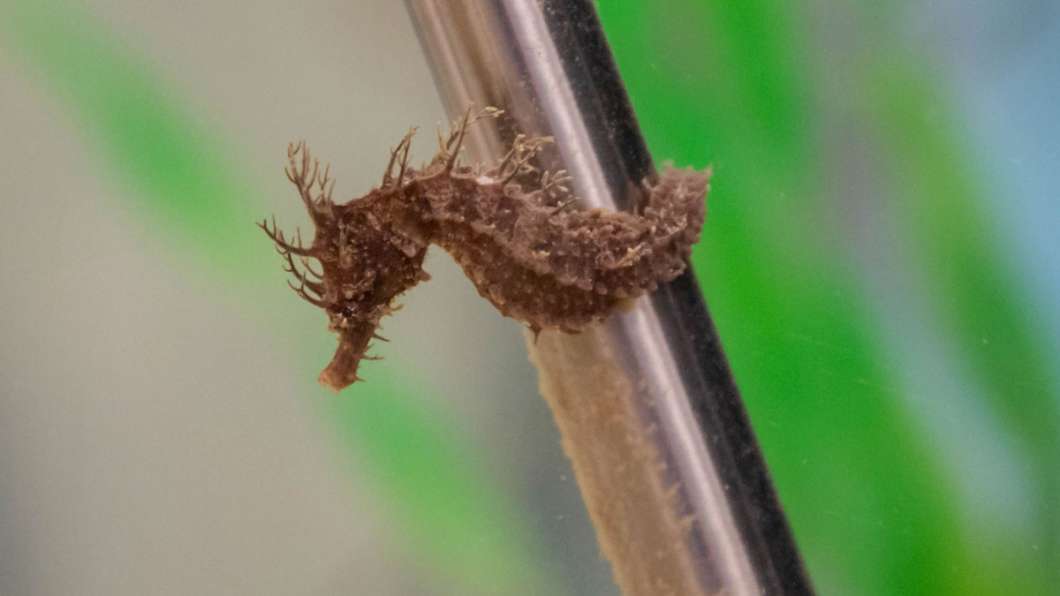 Frito, the tiny female seahorse, has been released back into the wild./Photo: Clearwater Marine Aquarium

The inch-and-half long creature that was found wrapped in a discarded fishing line amidst some floating garbage in the Gulf of Mexico was released into the wild Thursday.

Frito, a female seahorse, was found by a snorkeler off the beach in Florida on Sunday. The seahorse had fishing line wrapped around her neck.

The snorkeler scooped her into a water bottle and brought her to the Clearwater Marine Aquarium, where she was nursed back to health and named after the ubiquitous snack food. Previously rescued seahorses at the aquarium include Cheeto and Funyun.

Aquarium spokesman Bill Potts said Frito was put in a small portable aquarium and released Thursday in a “lush seagrass bed” close to the Gulf of Mexico near a barrier island in the intracoastal waterway.

“The perfect place for her,” wrote Potts in an email.

While the aquarium has had a blast in showcasing Frito and her release, there’s a serious message: experts frequently see marine life of all sizes injured by discarded fishing line floating in the Gulf.