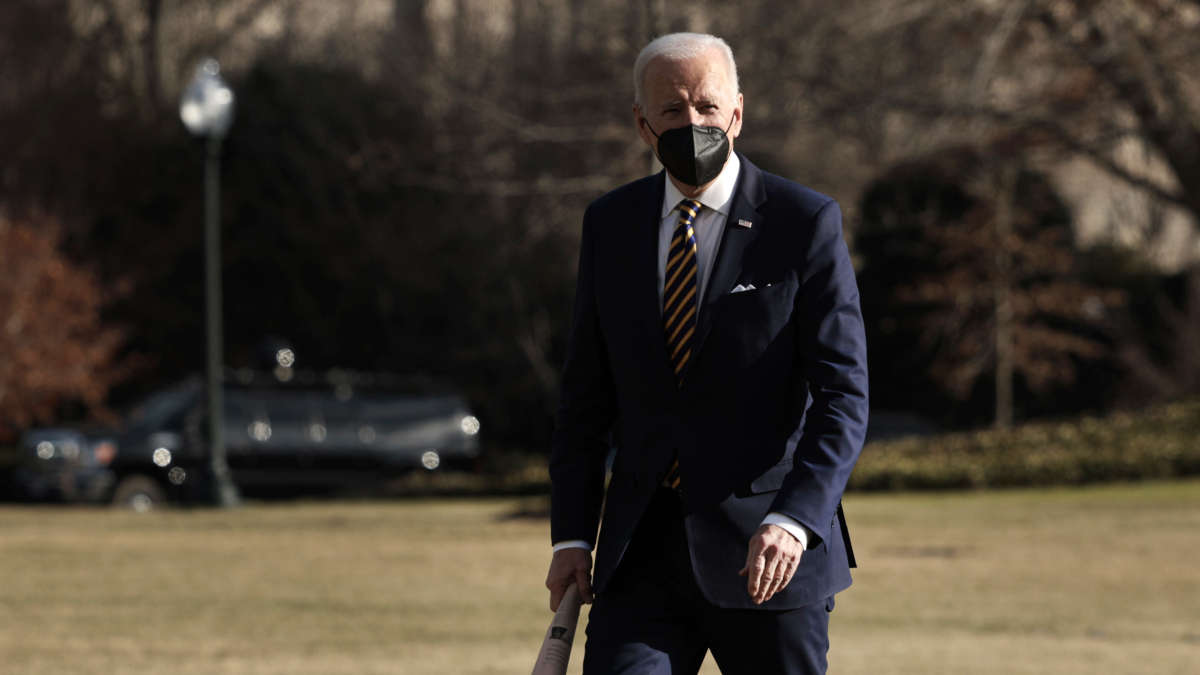 President Biden is facing calls to spell out the federal government response to the next stage of the pandemic.
Image credit: Anna Moneymaker

Republicans in Congress have asked President Biden to end the designation of COVID-19 as a public health emergency (PHE), citing the accessibility of vaccines and effective treatments as well as the harms of long-term isolation on public health.

Their request for the president to undo the designation comes as calls grow — including from former Biden advisers — for the federal government to chart a course for the next stage of the pandemic. Coronavirus cases and hospitalizations have plunged after the dramatic omicron-driven surge, and deaths have begun falling as well, though the seven-day average was still 2,300 deaths per day, as of Thursday.

“Today we call on your administration to do what so many states and other countries already have: accept that COVID-19 is endemic, recognize that current heavy-handed government interventions are doing more harm than good, and immediately begin the process by which we unwind the PHE so our country can get back to normal,” the GOP members of Congress wrote in a letter dated Thursday.

They asked that Biden submit a plan to Congress by no later than March 15.

Becerra last renewed the PHE designation a month ago. The letter noted it’s set to expire on April 15.

The GOP letter blamed the “Chinese Communist Party” for having “covered up the beginnings of a pandemic,” and heaped praise on former President Donald Trump for implementing Operation Warp Speed, his administration’s effort to fast-track the creation of vaccines. Trump has touted the vaccines but has also downplayed the pandemic’s severity and advocated unproven and risky treatments.

The letter pointed to the toll prolonged isolation can have on mental health as well as concerns over schoolkids’ learning loss as a result of virtual classes.

“Although the PHE was certainly necessary at the outset of the pandemic, it was always meant to be temporary. Our country is now in a much different situation than we were when the PHE was originally enacted,” the letter said.

The Republicans call on Biden to do more than just revoke the PHE declaration:

“We call on you to take swift action to lift all vaccine mandates, which have not stopped the spread of COVID-19, but have alienated many Americans and have caused staff shortages at hospitals and other health care facilities; lift all mask mandates and the federal guidance that forces children to wear masks in schools and day care facilities (these are based on faulty data and are used in many Democratic-led jurisdictions to justify such mandates); and insist that schools fully open so children can learn in person. Americans, especially children, are in crisis. Instead of keeping us in a permanent state of emergency, it is time for this administration [to] put people first and stop clinging to powers you currently enjoy under the PHE.”

Many health care workers have had to miss work because of infection and cases of the coronavirus have delayed everything from heart surgeries to cancer treatments. Biden had also called for schools to reopen fully for in-person classes.