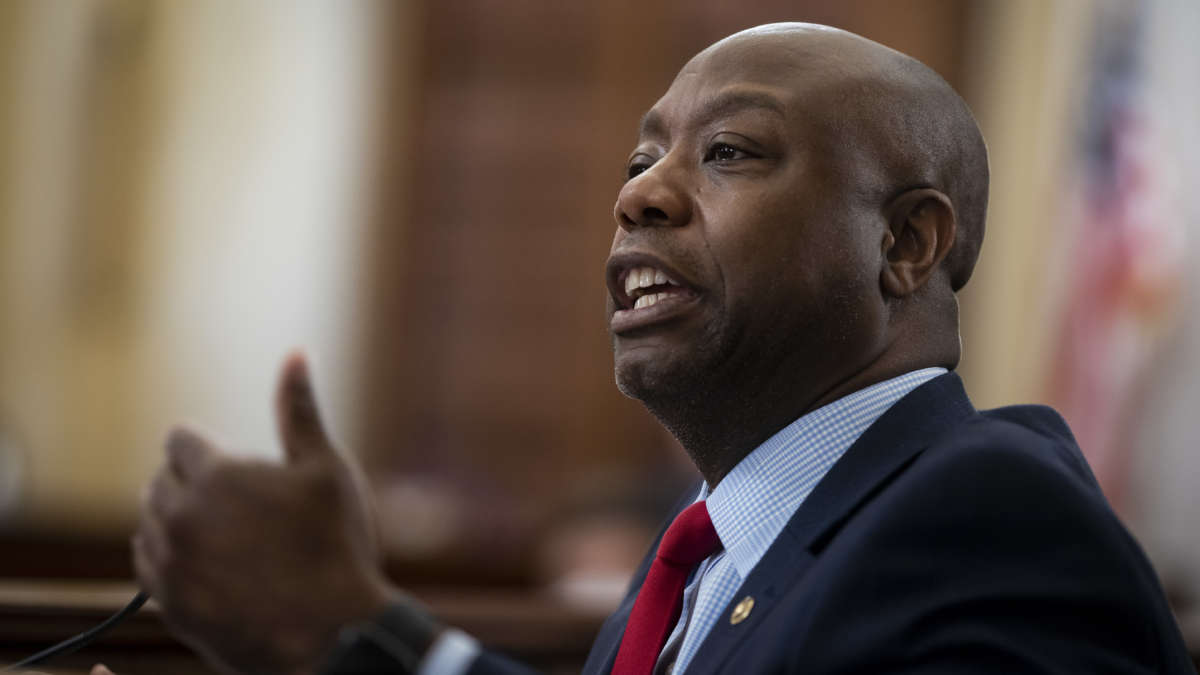 “As Sen. Scott likes to say, he is living his mother’s American dream, and he has dedicated his career to creating more opportunity for our fellow citizens who need it most. Nobody is better at communicating why far-left policies fail working Americans,” the Kentucky Republican said in a statement.

Scott is the chamber’s lone Black Republican, and he is central to discussions about possible policing legislation — a position of renewed importance in the wake of former Minneapolis police officer Derek’s Chauvin’s murder conviction this week.

“We face serious challenges on multiple fronts, but I am as confident as I have ever been in the promise and potential of America,” Scott said in a statement. “I look forward to having an honest conversation with the American people and sharing Republicans’ optimistic vision for expanding opportunity and empowering working families.”

In theory, delivering the opposing party’s response is a high honor. But in practice, many who’ve been tasked with the role in recent years have found their political growth stunted after the highly watched event.

While the speaking slot is inarguably an opportunity for a politician to introduce themselves to a wider audience and curry favor with party leadership, the brighter spotlight — with visuals that are tough to compare to a congressional address — often leads to harsher scrutiny, sometimes outweighing the benefits.

But Scott — a Black Republican from the Deep South, who gave a notable speech at last year’s Republican National Convention — has long maneuvered contradicting expectations.

And he may have little to lose politically. Scott has said his 2022 reelection bid will be his last political race.