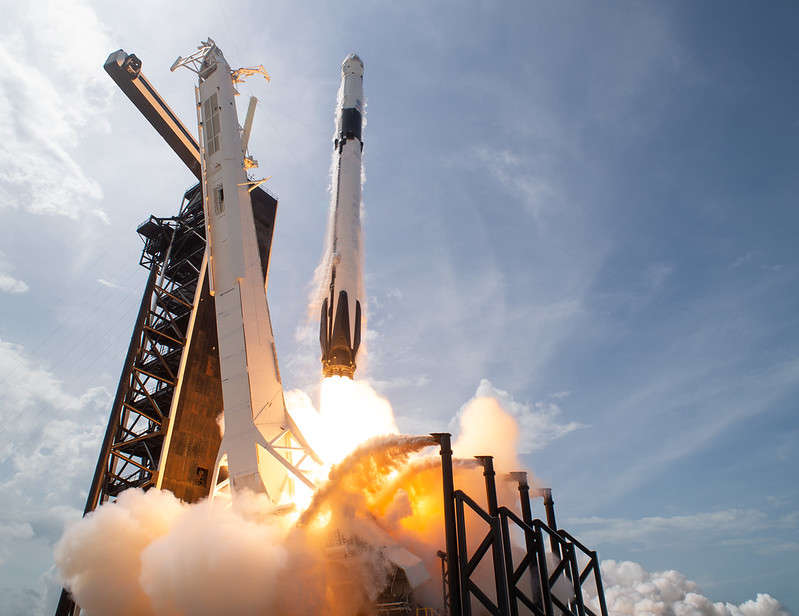 Republican Congressman Mike Waltz has been focusing a lot on space. Two of his House committees are working on budgets affecting both the military and civilian side of the industry. One committee helped move a National Defense Authorization Act which expands the newly created U.S. Space Force and the other committee is laying the groundwork for NASA’s next budget. Waltz represents Florida’s 6th congressional district.

90.7’s space reporter Brendan Byrne spoke with Waltz about the space budgets, and the growing need for more space-based defenses.

I think we really  fell behind in some ways with sequestration, which were which were the kind of across the board budget cuts. I think frankly, not to sound partisan, but there just really wasn’t a focus on it under the Obama administration. Space wasn’t even declared a war fighting domain like air, land, sea and cyber until 2014.

That said, I think in the last few years, there’s been a real shift in emphasis. I’m still very confident in our ability to win in any type of conflict but we have to sustain that leadership. The Chinese are catching up fast and in some places have passed us. Space affects everything — not only our economy, but it’s a command and control of our forces all over the world. It’s our nuclear deterrence. The Chinese and Russian have developed hypersonic missiles that are basically maneuverable ICBMs that fall back to Earth in some cases faster than our missile defenses can handle. To be able to see those launches, to be able to track them and to be able to defend against them is all dependent on our space assets. I think we’re heading back in the right direction, but we have to keep up the pace.

On standing up U.S. Space Force:

Getting some key things in place while we stand up a whole new branch of the military is exciting and frankly been overdue for some time. [Space Force] just released a new organizational structure, which is important.

One of the things that I’m personally excited about and and i think was one of the drivers of the need for Space Force is you need different types of individuals, different types of training, backgrounds, and then also a pathway for people to be successful.

This will give space an equal seat at the table when it comes to the Pentagon’s budgets and resources, but also a very separate and distinct pathway for future space officers.

On China as a threat to U.S. space policy, programs and technology:

China has a rover on the moon right now on the backside of the moon which technically is incredibly difficult to accomplish. The way they’re able to do that is they have a satellite circling the moon, providing communication relays and guidance. Everything China does is backed by its military. It it has kind of a NASA equivalent, but it’s it’s really in name only.

The vast majority of what they’re doing is backed by their military. They are on track to have their own separate space station fully built out. Importantly, China had more launches in the last two years than the United States and the rest of the world combined.

The difference between now and when Apollo happened 50 years ago is that we are a modern economy and the United States is completely 100 percent dependent on what’s up in space: Agriculture, banking, finance, telecommunications, global logistics. If we have that kind of a dependency, our adversaries know it as well. They have to develop the capability to take it out. That means we have to be able to defend what’s up there and put their assets at risk as well.

As kind of a metric, China’s gone from about a dozen satellites to several hundred, just in the last few years, and that pace is continuing. And I think the old adage is very true, that you can’t be number one on Earth, if you’re number two in space, it is now the ultimate high ground and we have to continue to dominate it.

On NASA’s next budget, moon mission and private industry partners:

I think that interplay with the [Trump] administration, the Vice President’s leadership on the National Space Council, pulling in commercial space — I’m very pleased with and it has a lot of bipartisan support. I think there was nothing more evidence than the SpaceX [DM-2] launch that we all just witnessed and we’re so excited about as a country.

What I am less sanguine about is that the funding is not going to be there to get boots on the moon again –to get the first ever woman and the next American man on the moon by 2024. Unfortunately, I think that’s politics at play. I’ll be candid, I think there’s people who don’t want to see that kind of victory for the President. Whether the money will be there to do it as quickly as he would like, I’m not sure yet.

This interview transcription was edited for clarity and length.