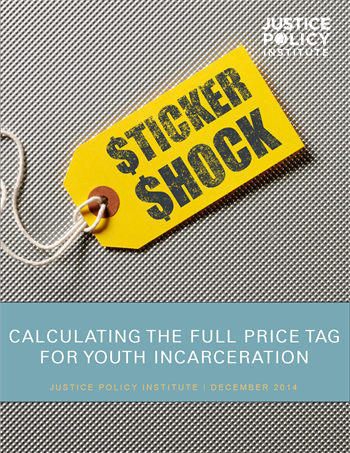 The long-term cost of incarcerating the nation’s youth is $8 to $21 billion, according to a report out Tuesday. The Justice Policy Institute’s “Sticker Shock: Calculating the Full Price Tag for Youth Incarceration” says Florida’s base cost is $55,000 dollars per juvenile per year. From there, the number grows.

“This includes lost future earnings and tax payments from confined youth, future reliance of formerly confined youth on public assistance,” he says, “and medical costs and pain and suffering from those who are harmed by crime associated with the increased likelihood that youth who have been incarcerated may commit new offenses.”

That list relies on previous studies suggesting kids locked up for minor crimes might go down a worse path.

A new state law stops giving juveniles life without parole unless they kill someone. Critics say “tough on crime” policies are why it took four years to pass that legislation after the U.S. Supreme Court declared such sentences cruel and unusual punishment.