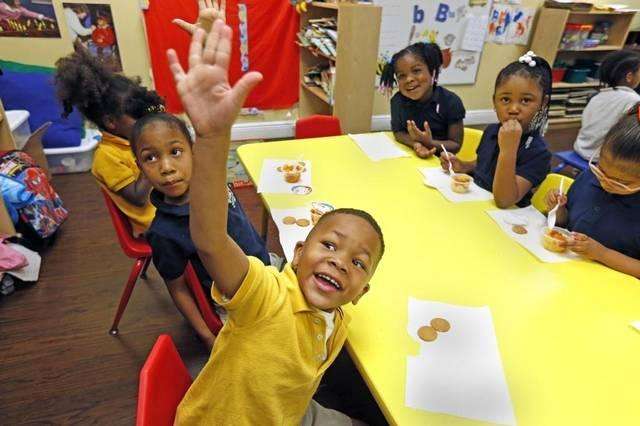 South Florida schools with mostly white students are better funded than those with mostly black and Latino students, according to a new report from a national education reform advocacy organization.

The Miami-Dade, Broward and Palm Beach county school districts spend more per student in schools with a majority of white students, the report from the nonprofit Education Reform Now found. However, all three districts spend significantly more on high-poverty schools than low-poverty schools. The trend was consistent in most urban districts statewide.

Schools’ status as high or low poverty was based on data regarding students’ eligility for free or discounted lunch.

A spokesperson for the Palm Beach County district said in an email resources are allocated based on students’ needs, not their races or ethnicities. Representatives for Miami-Dade and Broward did not immediately return requests for comment.

Researchers acknowledged that Florida’s funding formula is designed to drive more money toward poorer schools. But, according to the report’s findings, that policy doesn’t address the funding disparities that affect schools with higher concentrations of nonwhite students.

“Ultimately, Florida’s funding structures deliberately provide additional funding for schools with more students in poverty,” the report states. “Yet across the state, this intentionality does not ensure that nonwhite students have equitable access to resources, leaving nonwhite with fewer resources than their white peers.”

Researchers didn’t know why these inequities persisted, stating that was a question they might try to answer in future studies.

“Because Florida publishes limited information on how funds are allocated within districts, it is unclear what is driving inequities in per-pupil funding between white and non-white students,” the report said.

Education Reform Now is tied to the group Democrats for Education Reform, which has supported alternatives to traditional public education like charter schools.

UPDATED: This article was updated at 3:35 p.m. with additional context about the methodology of the study and a response from the Palm Beach County school district.