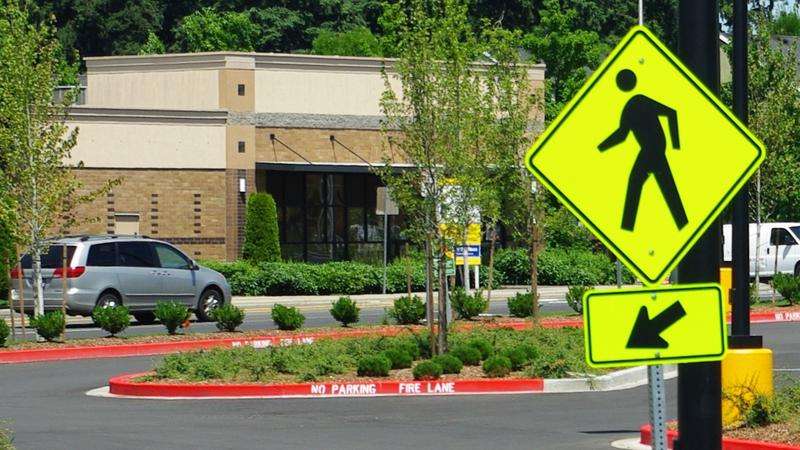 According to a new report, Florida is the deadliest state and Orlando is the top deadliest city in the nation for pedestrians.

Smart Growth America, a coalition of advocacy organizations that pushes for communities to prioritize sustainability as they expand, is behind the Dangerous By Design rankings, which are based on the number of people struck and killed by drivers while walking, controlling for population and the percentage of people who walk to work.

Emiko Atherton, director of the Smart Growth America’s National Complete Streets Coalition, said, “You take a city like New York with a population around 8 million, and more than 3,000 pedestrians were killed in that ten-year time frame. But when you control for that huge population, and the amount of people who walk all over that city, it’s far less dangerous to walk there than a place like Orlando with the lower population rates of walking but which is at the top of our ranking.”

The only metro areas with higher pedestrian death rates than Jacksonville’s were Deltona-Daytona Beach-Ormond Beach, and Tampa-St. Petersburg-Clearwater.

Over the past decade the number of people struck and killed while walking has skyrocketed by 35.4 percent, and 2016 and 2017 had the highest number of fatalities since 1990. And more driving can’t be blamed entirely  — during the same decade, vehicle miles traveled increased by just 8.1 percent, and walking as a share of all trips rose by less than 1 percent. Meanwhile, traffic deaths among occupants of motor vehicles have fallen by 6.1 percent.

Compared to the previous decade, 40 out of 50 states and Washington D.C., along with 79 out of the 100 largest metropolitan areas, have become more dangerous for pedestrians.

Certain areas and segments of the population are more at risk than others.

The Southeast is the most dangerous area for pedestrians in the country. The elderly, people of color and people walking in low-income communities are killed at a much higher rate than other groups.

Brown said people 50 or older were 47 percent more likely to be struck and killed by drivers while walking compared to people younger than 50, and the risk was almost twice as high for adults older than 75.

Meanwhile, people living in neighborhoods where the median household income is $36,000 or less were killed at much higher rates than those living in higher-income neighborhoods.

“We continue to design streets that are dangerous for all people, not just because we keep repeating the same mistakes, but because our federal policies, standards, and funding mechanisms that have been in place for decades produce dangerous roads that prioritize high speeds for cars over safety for all people,” the new report reads.

On top of that, more people are driving cars that the National Highway Traffic Safety Administration has determined to be more dangerous for pedestrians.

The Detroit Free Press found SUV sales have climbed steadily since 2012, surpassing sedans as the best-selling vehicle type in the nation in 2014. That same report referenced a 2015 NHTSA study that found SUVs and pickup trucks are two to three times more likely than smaller vehicles like sedans to kill pedestrians in the event of a crash.

The Florida Department of Transportation has committed to statewide Complete Streets policies that are intended to ensure safety and convenience, but it could take years to translate those policies into practice.

“There are challenges with the way we have have historically designed streets at the Department of Transportation,” said Billy Hattaway, director of transportation for the city of Orlando.

Hattaway started working for Orlando two years ago. Prior to that he served as the Southwest Florida FDOT district secretary, where he was asked to lead a safety initiative in response to the Dangerous By Design 2011 report.

Hattaway and his colleagues are now calling for more on a national scale.

“This year, Congress has a major opportunity to reshape our mobility future as they begin the work of reauthorizing our federal transportation bill in 2020,” the Dangerous by Design report reads. “To address our continuing safety problems, they must create policies that change the way we fund, design and measure the success of our streets nationwide to make sure the safety of all people who use the street, including people walking, is our highest priority.”