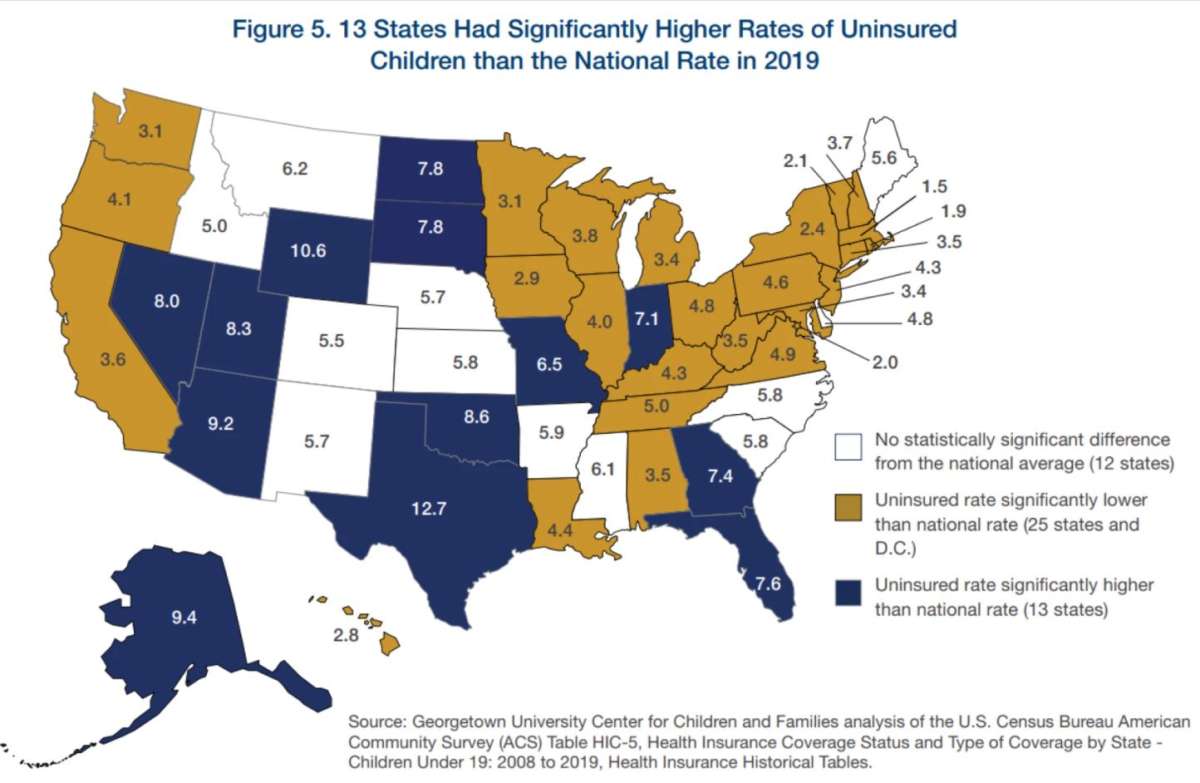 Florida has seen the second largest number of children to lose insurance during the Trump Administration, trailing only Texas. Combined, the two states had 41% of the nation’s decline.

After reaching an historic low of 4.7 percent in 2016, the rate of uninsured children began to increase in 2017, and as of last year, most gains made from the Affordable Care Act are gone, according to the latest report by the Georgetown University Center for Children & Families.

Joan Alker, the executive director for Georgetown University Center for Children & Families, has been running this state-by-state report for ten years, and said that for most of that time, it was a “good news report.”

“We reached the historic lows (of uninsured children) in 2016. But unfortunately, over the past three plus years, that has turned around,” Alker said. “We’ve seen an increase of 726,000 children losing their health insurance since the Trump Administration came to town here in D.C. and Florida has been one of the leaders, unfortunately, in having a lot of uninsured children.”

During that period, 55,000 children have become uninsured in the state of Florida.

States like Florida – which did not expand Medicaid – also have about double the uninsured rates of states that did.

Anne Swerlick, Senior Policy Analyst & Attorney with the Florida Policy Institute, said the numbers are troubling. The report doesn’t account for job loss, and therefore loss of employer-sponsored insurance, brought on by the coronavirus shutdowns.

“It’s worth noting that this was looking at 2016 through 2019 data,” Swerlick said. “So it’s before the pandemic, and we know the numbers are likely to be even worse.”

Nationally, Latino children saw the biggest jump in their uninsured rate from 7.9% to 9.2% from 2017 to 2019, in large part because of the “chilling effect” Swerlick said has been caused by the Trump Administration’s new public charge rules.

Basically, parents are not signing up their children for insurance, even if those children are here legally, because they’re afraid of being deported. And Swerlick said many Latino children live in mixed-status households.

“There’s a great deal of fear and confusion about the new public charge policies, which are really a fundamental change to the United States approach to immigration,” Swerlick said. “And while those new rules may not necessarily apply to many immigrant households, they’re extremely confusing for people.”

Alker says other causes of the decline in insured children are a “mixed bag of state and federal policies,” but include decreases in funding to community navigators that help parents sign their children up for insurance, Children’s Health Insurance Program (CHIP) premiums and waiting lists, and a requirement that requires some children re-enroll every six months instead of yearly.

Twenty-nine states experienced an adverse change for children from 2016 to 2019. The only state that bucked national trends and significantly reduced its number of uninsured children during this three-year time period was New York.